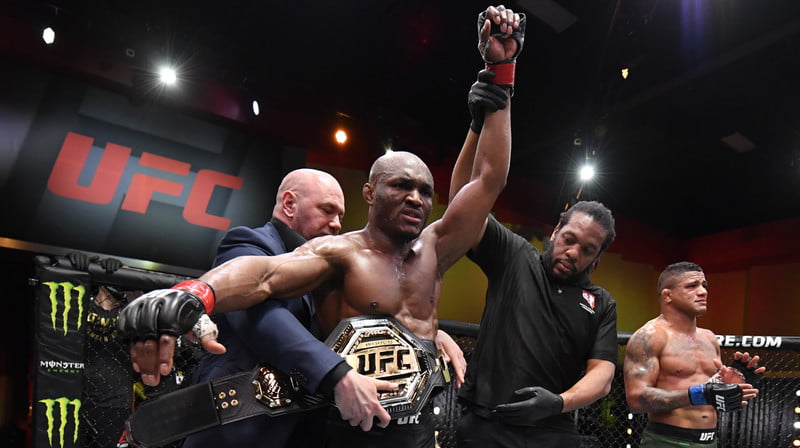 UFC 263 saw four top welterweights in action with both bouts going to the scorecards. Leon Edwards looked sharp against Nate Diaz until the last few seconds and Belal Muhammad continued his climb up the rankings with a unanimous decision victory over Demian Maia.

Edwards was a clear favourite against Diaz at odds of -510, which implied that he had an 83.6% chance of victory. And it was a relatively easy night for the UK fighter until he was caught late on. +450 underdog Nate Diaz should have continued his onslaught after rocking him with a nice left, but he gave his opponent time to recover, which arguably cost him the victory. 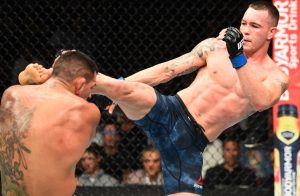 These competitive odds were available from the best NJ sports betting sites such as William Hill and bet365. Make sure you check out the leading sportsbooks in New Jersey before UFC 264 comes around. With McGregor and Poirier topping the bill, there’s bound to be some great odds and bonus offers available, so keep an eye out for those.

Leon Edwards has now won nine UFC fights in a row but Dana White confirmed Colby Covington as next in line for a title fight and rematch with Kamaru Usman before this event. But he also confirmed that Edwards will get the shot after Colby:

“Colby is the number one contender.” White told Submission Radio in a recent interview before UFC 263.

“We did the (Jorge) Masvidal fight, (Kamaru) Usman wanted that fight back. Colby Covington, the fight with Colby and Usman is one of the best fights I’ve ever seen in my life. He’s the No.1 contender. It’s the fight to make. Whoever wins is next after Colby”.

With the likes of Matt Brown, Dhiego Lima, Khaos Williams all fighting in upcoming events at the Apex at welterweight, the battle outside of the top 15 is strong. But fast forward to July 10th and UFC 264 will have three top welterweight bouts on the prelims and an exciting matchup between Gilbert Burns and Stephen Thompson as the co-main.

You can get odds on Burns at +115, with Thompson the surprising favourite at -135 with William Hill and other top NJ sportsbooks. Let’s not forget that Burns was on a six-fight win streak before his loss to Usman. On the flipside, Thompson has won just three of his last seven.

However, Wonderboy recently told Cageside Press that he was happy the UFC were putting him in with top quality opponents like Burns:

“I’m glad the UFC is giving me someone ranked higher than me. The last several fights have been guys ranked significantly behind me. They are putting me in the right direction [with this fight] and that is towards the title.”

Stephen Thompson will be entering the octagon for the 17th time in his UFC career at UFC 264, and he knows he may have to keep it standing to be in with a chance.

“I know at some point in time he is going to want to get it to the ground. I am constantly working on my wrestling defense and getting back to my feet,” said Thompson. “I have been training with [Ryan Hall] for many many years now and he has helped me tremendously.”

The other welterweight fights on the T-Mobile Arena card are Carlos Condit vs Max Griffin, Niko Price vs Michel Pereira, and Kevin Lee vs Sean Brady. All six are vying for a top 10 spot in the rankings, with the division stacked from top to bottom.

What Next for the Division?

Every welterweight is aiming for one thing – UFC gold by defeating Kamaru Usman. There was talk recently that Usman wanted to fight Marvin Vettori at Middleweight if he’d beaten Israel Adesanya. Of course, that didn’t happen. He lost quite convincingly in the end. But who knows what could happen in the future?

If Usman ever did move up a division and relinquished his welterweight title, who’s best placed to take the crown? Colby? Gilbert? Leon? We’ve not even mentioned Vicente Luque or Michael Chiesa. They face off against each other at UFC 265 in August. What we can say is that the division is stacked, but it’s difficult to see the belt ever leaving Usman’s waist unless he steps up. Let’s see if Colby can fare any better in his rematch.