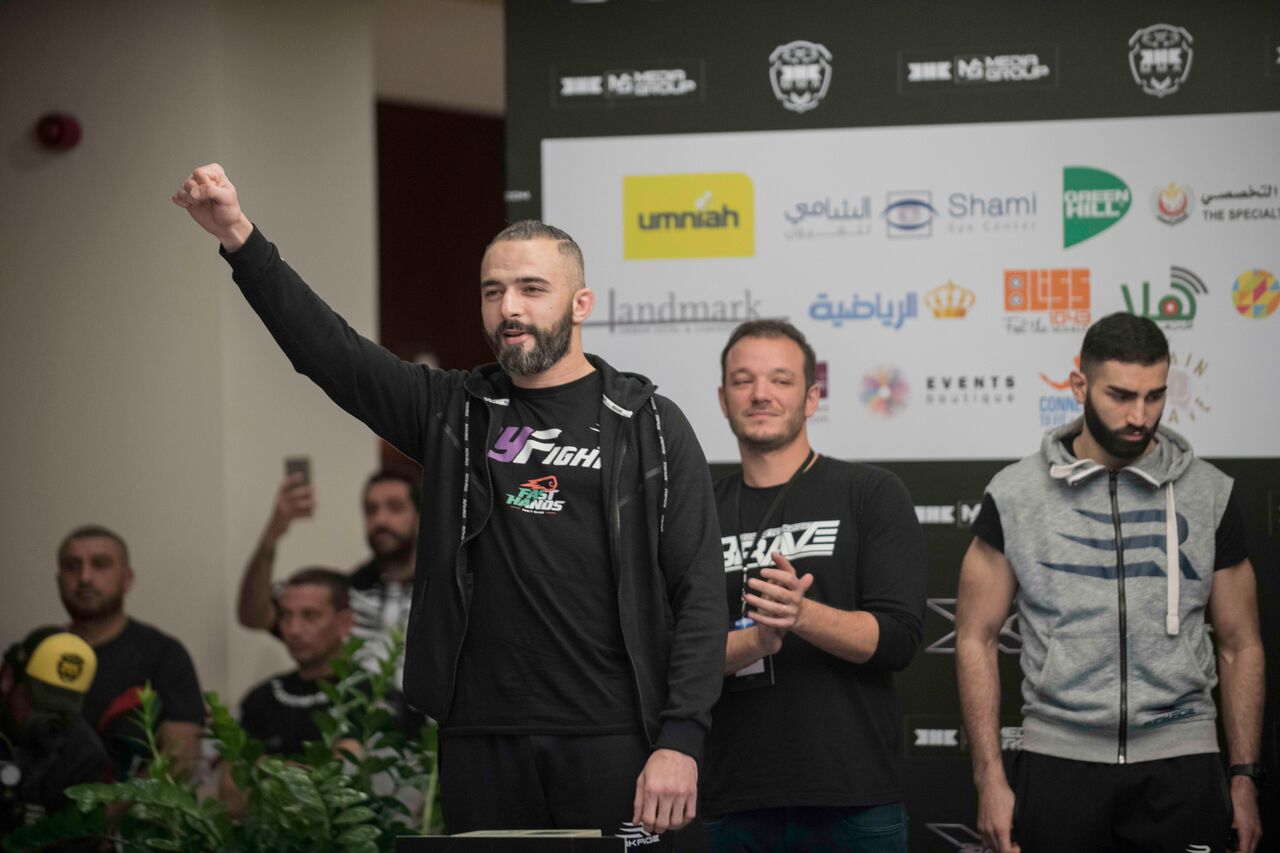 Tahar Hadbi has ended speculation regarding his future by putting pen to paper on a multi-fight deal with Brave Combat Federation. The renewal was announced by the organization today. The Welterweight star has chosen to re-sign with Brave after his first win for the promotion, against arch-rival Mohammad Fakhreddine at Brave 10: The Kingdom Rises.
His first contract with the promotion expired after his win over Fakhreddine, but Hadbi chose to stay with Brave, where he is closing in on a world title shot against current Welterweight champion Carlston Harris. “Fast Hands” fought three times for the organization, with one win and two No Contests – including the main event spot back at Brave 5: Go For Glory, against Carl “The Bomber” Booth.
Less than a year after initially signing for Brave, Hadbi has left a lasting impact as he was part of the promotion’s biggest-ever rivalry, against Lebanon’s Fakhreddine. The duo first fought to a No Contest at Brave 9, where their hatred boiled over and they became arch-enemies. However, after Tahar knocked out “The Latest” at Brave 10, they buried the hatchet, proving their rivalry stayed in the Brave cage.
Fighting out of OBYFight Gym, in France, the Algeria-born fighter has named Harris and top contender Jarrah Al-Selawe as possible opponents for his first fight under his new contract. Hadbi is the second Algerian to fight for Brave after current Featherweight champion Elias Boudegzdame.