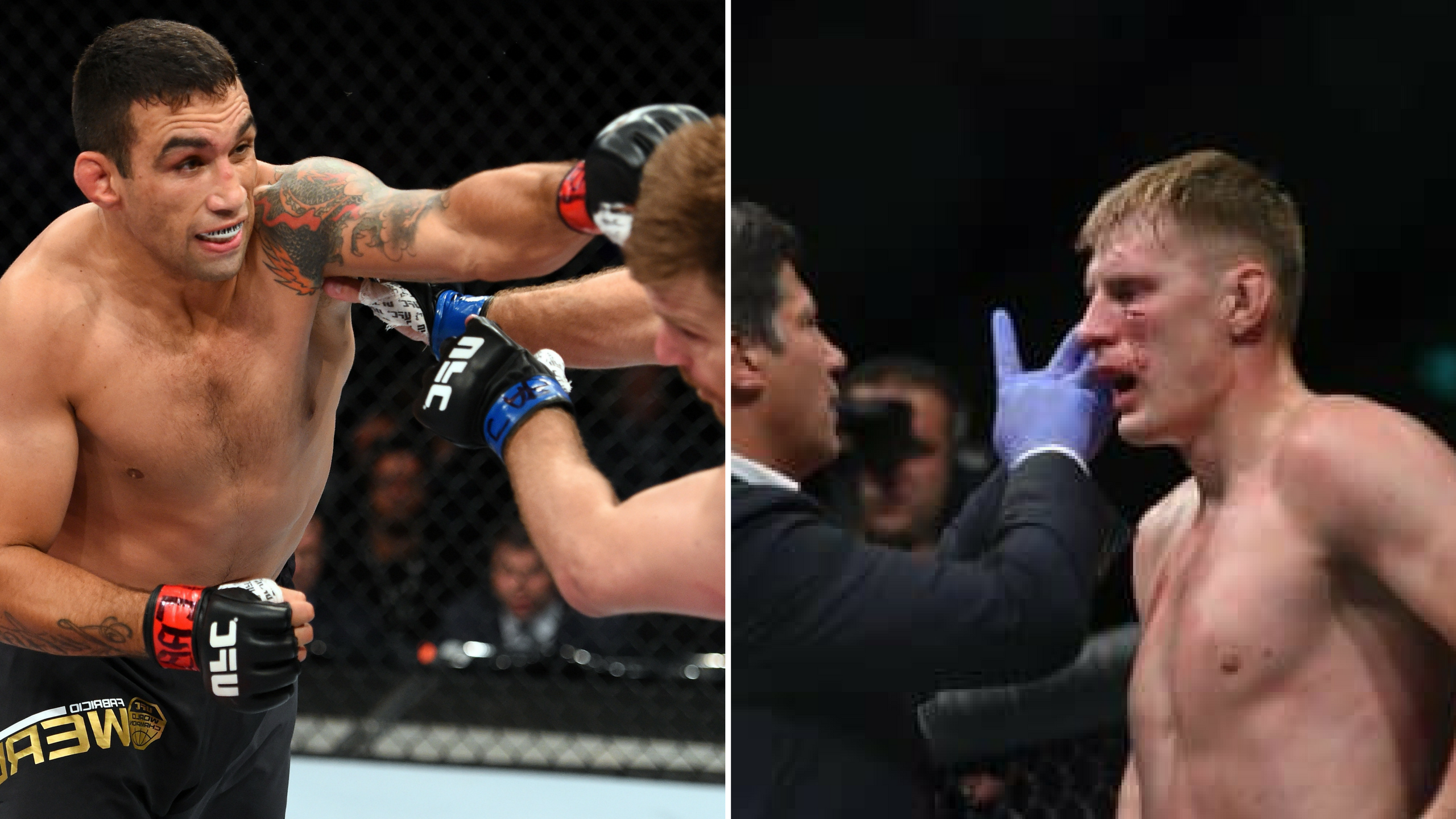 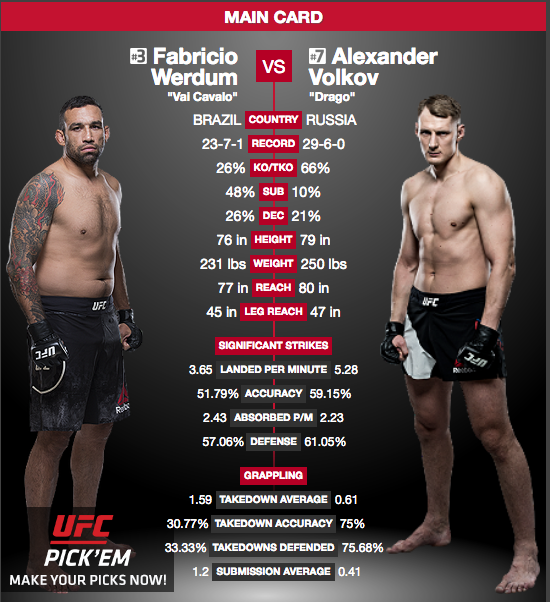 The UFC today officially announced that the main event for UFC London on March 17th 2018 would be a heavyweight fight between Brazilian Fabricio Werdum and Russian. Alexander Volkov.

So we guess the moment Michael Bisping was out of the picture, the UFC needed a big name headliner and they found one in No.3 Fabricio Werdum, who’s on the way back to title contention after a spate of wins after loosing his title to Stipe Miocic. After that loss Werdum has been through Travis Browne, Walt Harris and recently Marcin Tybura in Nov in Australia though he also lost one on the way to Alistair Overeem at UFC 213.

Alexander Volkov, who is currently ranked No.7 in the UFC, has won three straight since shifting to the UFC over Timothy Johnson, Roy Nelson and Stefan Struve. Before moving to the UFC , Volkov has been heavyweight champ of both the M-1 Global promotion and Bellator MMA,.

The winner of this fight will definitely see himself moving into contender position for the winner of Stipe Miocic vs Daniel Cormier and the looser of course will be N’Gannou’ed (we just had to use that).

But a fight we’re waiting for.