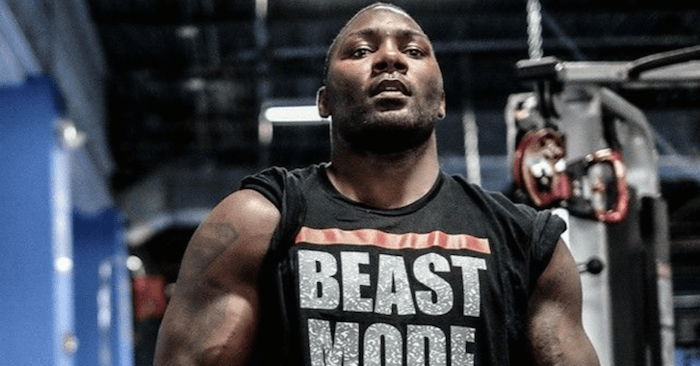 Former light heavyweight challenger Anthony “Rumble” Johnson has been teasing a comeback for a while now. The Florida native announced his retirement from fighting after suffering a loss at the hands of former champ Daniel Cormier in 2017.

Since then he took a break from the sport. Speaking to media outlets last year, he had accepted that it was one of the worst times for him physically. He wasn’t taking care of his body and consequently touching the mark of 280 pounds. He said that he had been in the gym since he was eight years old and that amount of wear and tear can break anyone down.

However, he also announced that he is eyeing a return to the UFC in the summer of 2020. And now to top it all off, “Rumble” has released a tweet in which he is teasing a UFC return as early as March 2020.

The fans were excited after hearing this news. Most of them were confused as well as to what the tweet actually meant.

Johnson last squared off against Daniel Cormier at UFC 210 and went on to lose via a rear naked choke. Immediately after the fight. he had verbally announced his retirement.

Speaking to The Mac Life in November last year, when asked about his potential return to the Octagon, Johnson said that it will be fighting again in mid-2020.

UFC 248 will be headlined by a middleweight bout between champion Israel Adesanya and challenger Yoel Romero. The co-main event will feature a women’s strawweight clash between Weili Zhang and Joanna Jedrzejczyk.

Previous article
How is MMA building its reputation in India?
Next article
Conor McGregor’s UFC 246 return did a whooping 2 million PPV buys!