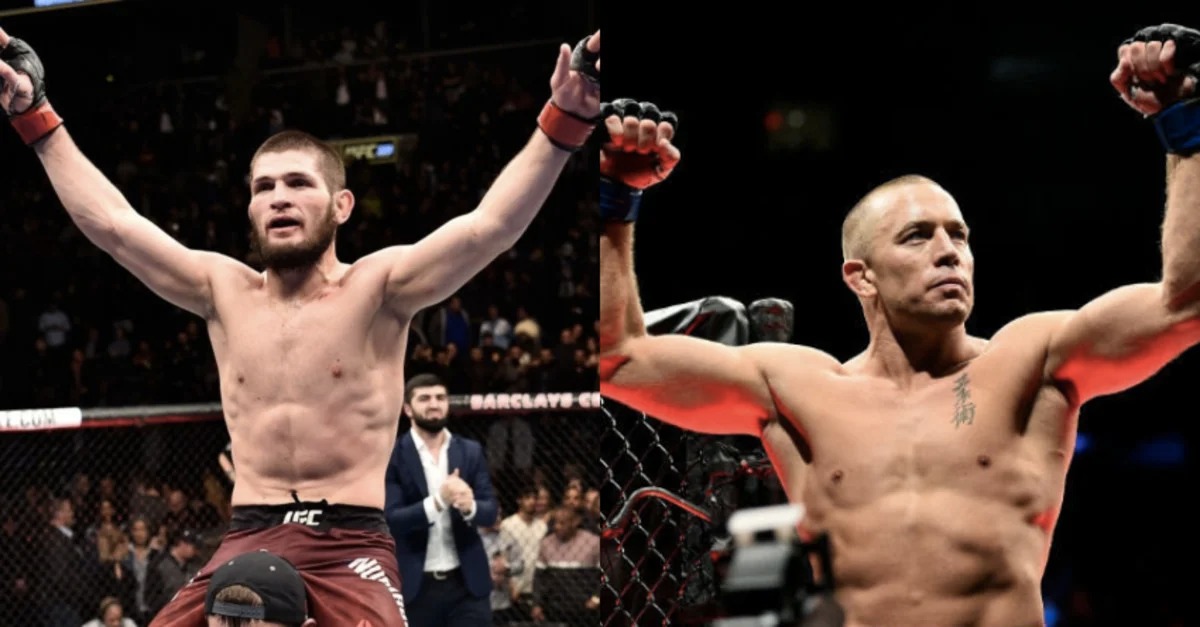 2021 was a tremendous year in the Ultimate Fighting Championship. Israel Adesanya, Kamaru Usman, and Francis Ngannou were all in action. We saw Conor McGregor fight twice plus the Diaz brothers both competed, in what was a wonderful year for the sport. However, fans want to see the best fighters competing against each other and these are some of the fights that need to happen in 2022. These are dream fights and may never become reality but it would be fantastic if they could happen.

The first thing people will point to is the fact both Khabib Nurmagomedov and Georges St-Pierre have retired from the sport, however, we have seen many athletes retire from UFC only to return and the same could happen with these two men. The Eagle is a man who has an undefeated record, recording no losses and 29 wins during his career. Khabib was inducted into the UFC Hall of Fame in June 2022 but that does not mean a comeback should be ruled out. If Khabib did return to UFC it would be fitting he met St-Pierre. In the lead up to the fight between Khabib and McGregor, there were reports the winner was going to fight St-Pierre. Khabib vs St-Pierre is arguably the number one fight UFC fans still want to see but it is a dream that is fading unless we have some major news from both camps.

Moving to a fight that is more realistic in 2022 and if the UFC could make a match between Kayla Harrison and Amanda Nunes, it would be fantastic. Harrison is currently signed to the Professional Fighters League but that does not mean she would be against a move to the UFC, especially if it means a massive fight with Nunes. Harrison boats an undefeated mixed martial arts record and Nunes is coming off the back of a special victory over Julianna Peña. Having lost vis submission to Peña in their first meeting, Nunes came back strongly in their rematch to win by unanimous decision. Dana White has already spoken about the possibility of this fight taking place and it would be the biggest women’s bout in the UFC this year.

No UFC bout would be complete without the opportunity to have a wager on the action. There are several leading online sportsbook in the United States with UFC odds and some even offer risk free bets up to $1,000. To win fight, fight outcome, round betting, when fight will end, total rounds, method of victory, and fight to go the distance are just some of the UFC betting markets available.

We must go back to 2015 to find the first meeting between Kamaru Usman and Leon Edwards. It was the former who came out on top that day, winning by unanimous decision. A lot has happened since then and this is a rematch UFC fans want to see in 2022. We must go back to June 2021 to find the last time Edwards fought but he is on a 10-fight unbeaten run and that deserves to see him have a shot at a title. Usman is the holder of the UFC Welterweight Championship, having retained the belt in a win over Colby Covington in November 2021. It is time both men got back in the octagon and a date has been set for the 20th of August at UFC 278 in Salt Lake City.

There are so many twists and turns in UFC, it is difficult to predict what we are going to see next. It might seem like an impossible dream for Khabib and St-Pierre to ever meet but we have seen plenty of bizarre and unexpected fights in UFC history. There were rumours that before the pandemic, St-Pierre was open to the possibility of a meeting with Khabib and 2022 would have been the year. All we can do is keep our fingers crossed.