What happened at the final MayMac Press Conference? McGregor to own a stake in the UFC?! 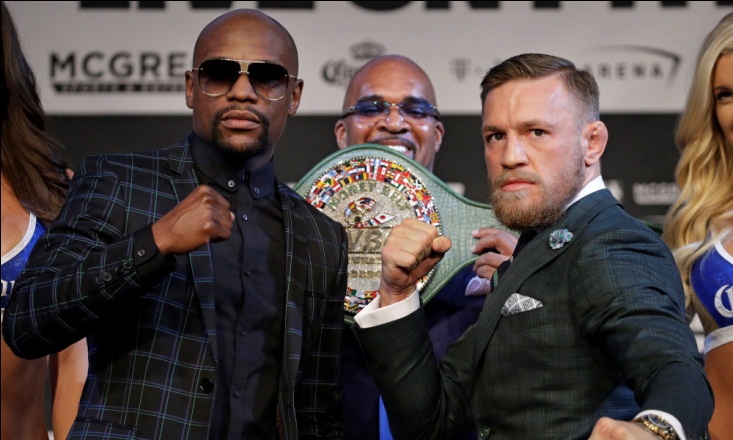 The Money fight is only two days away and the final press conference took place at KA Theatre inside the MGM Grand in Las Vegas.

Before the arrival of both the superstars it was revealed that there would be a special belt at the stake for the money fight on August 26th;’ ‘The Money Belt’. 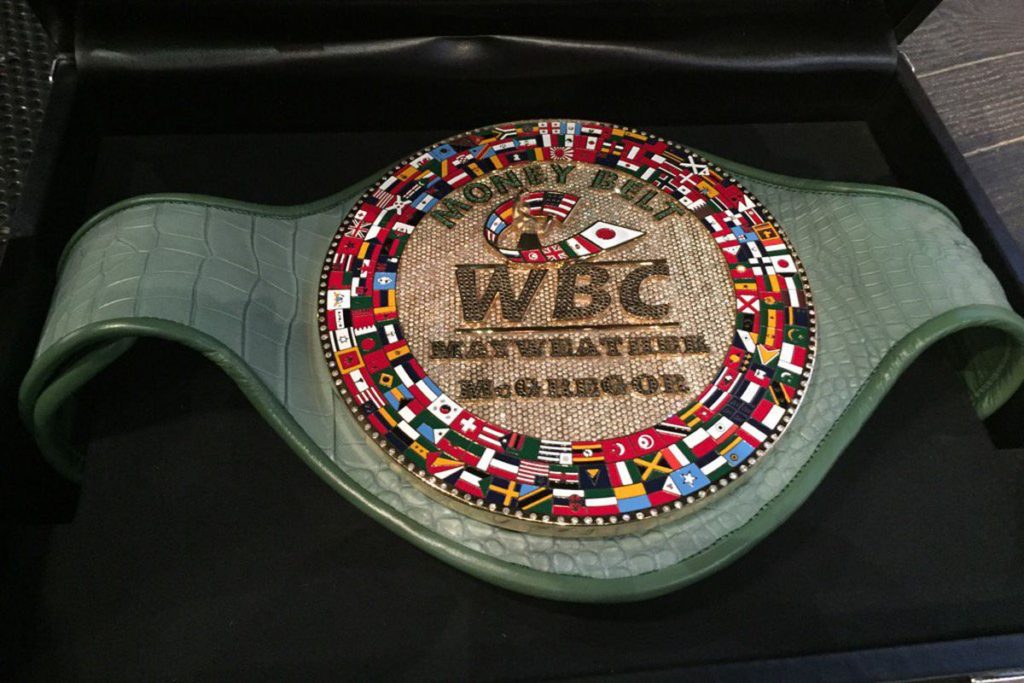 It wasn’t surprising that McGregor arrived two hours late to which Mayweather had responded that he wasn’t bothered about it but said he would remain professional.

This press conference was a less theatrical compared to the previous ones as it seems both the superstars were calm and composed as the fight day is approaching.

McGregor didn’t really have much to say about his opponent or didn’t really put on a show like he did before. Mayweather on the other side appeared very thankful to all the parties involved in making the fight a reality.

But Mayweather did have some reminders for the audience:

“I’ve faced 47 opponents. They all said I have brittle hands or that I’m a scared guy, or that I can’t take particular types of shots, but listen. Last time I checked nobody has walked me down.”

“It’s called smarts, it’s called having the IQ and having patience.  From day one everything my dad taught me, I know today. Every combination that was taught to me, I still know.

“Everything in boxing that can be done, I’ve done it, a thousand times. I was born a fighter and I’ll die a fighter.”

Mayweather has said that this would be the final time he will step inside the boxing ring and after which he will retire for good. However, he will still be active in promoting fights.

McGregor kept his speech short. He stated that Floyd choosing 8 ounce gloves was a mistake and McGregor would break through anything that is in front of him.

“I will go forward and I will break this old man,” he said. “Eight ounce gloves — he made a big, big error I feel.

“I’m gonna f*** this boy up. Make no mistake, he should have left me where I was,” McGregor said as he had few more word to say.

“I’m an active fighter,” McGregor said. “I enjoy it. I don’t stop thinking about fighting. So when this one is done I’ll have about 20 seconds where I relish in victory and then think who’s next?”

During McGregor’s grand arrival at the venue, he was met with his former-sparring partner, Paulie Malignaggi. The two had a small altercation which resulted in the Malignaggi being pushed away by the security.

On the other hand, UFC President Dana White had revealed that he is going to entertain McGregor previous demands of an ownership stakes in the UFC.

Back in November 2016, after defeating Eddie Alvarez for the UFC Lightweight title, The Notorious one demanded stakes in the company as he said he’s the one making money for the UFC.

Whatever may be the outcome of the fight; both the parties are going to make millions of dollars in cash. The fight will take place at T-Moblie arena in Las Vegas on August 26th.