Holm vs Tate 2? Here’s what Miesha Tate has to say about a Holly Holm rematch! 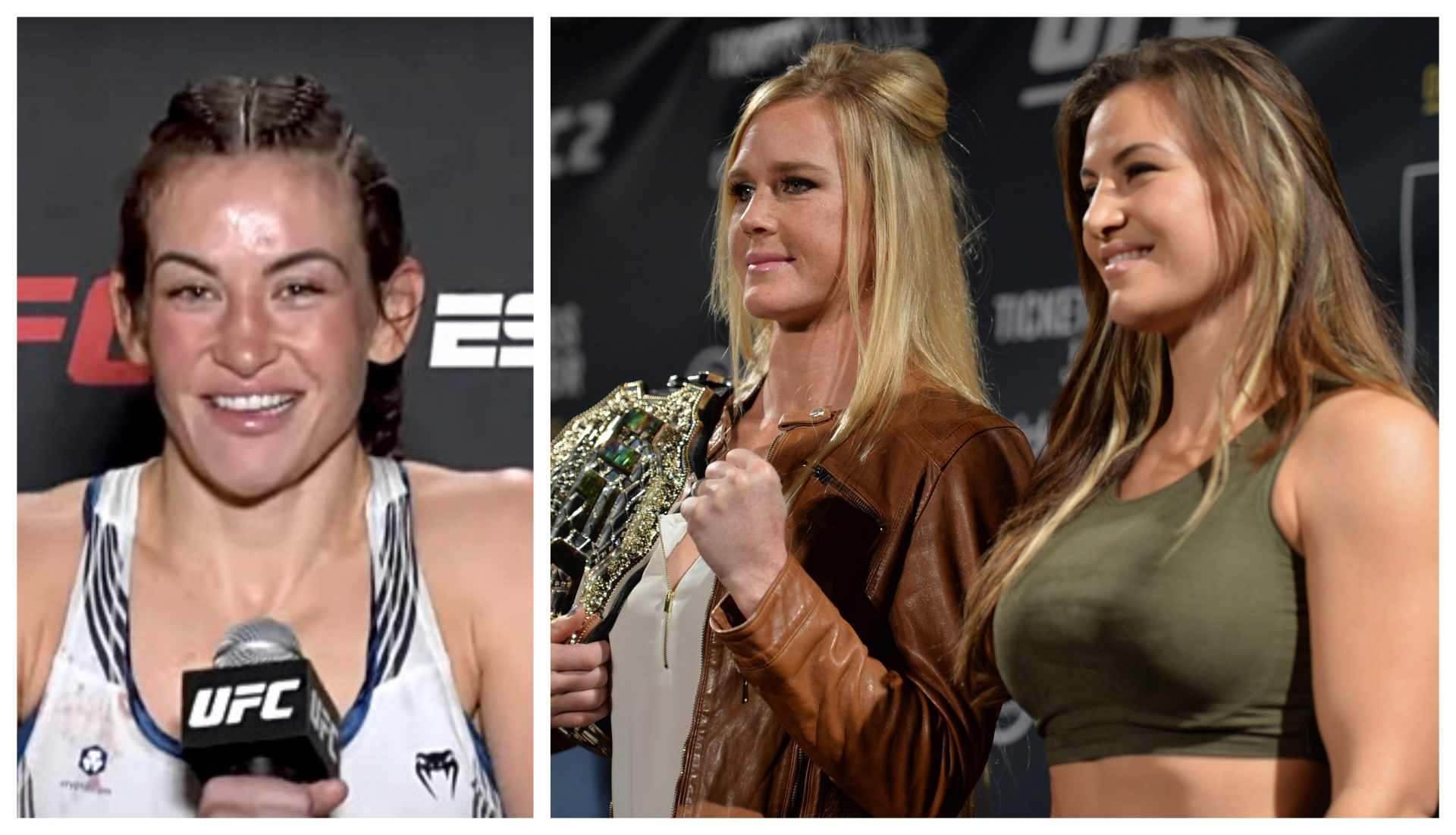 Former UFC Women’s Bantamweight Champion Miesha Tate has made a stunning comeback to the Octagon with a win at UFC Vegas 31, and has shown great interest in a second fight against fellow former Bantamweight titleholder Holly Holm.

Tate, who marked a 3rd round TKO victory against Marion Reneau at UFC Vegas 31 last Saturday night that took place at the UFC Apex Facility in Las Vegas, had already shown interest in contesting for the Bantamweight championship once again prior to the fight.

Dialling back the years to March 2016, Tate defeated the then UFC Women’s Bantamweight Champion Holly Holm at UFC 196 in Las Vegas, submitting “The Preacher’s Daughter” via a rear naked choke in the fifth round. 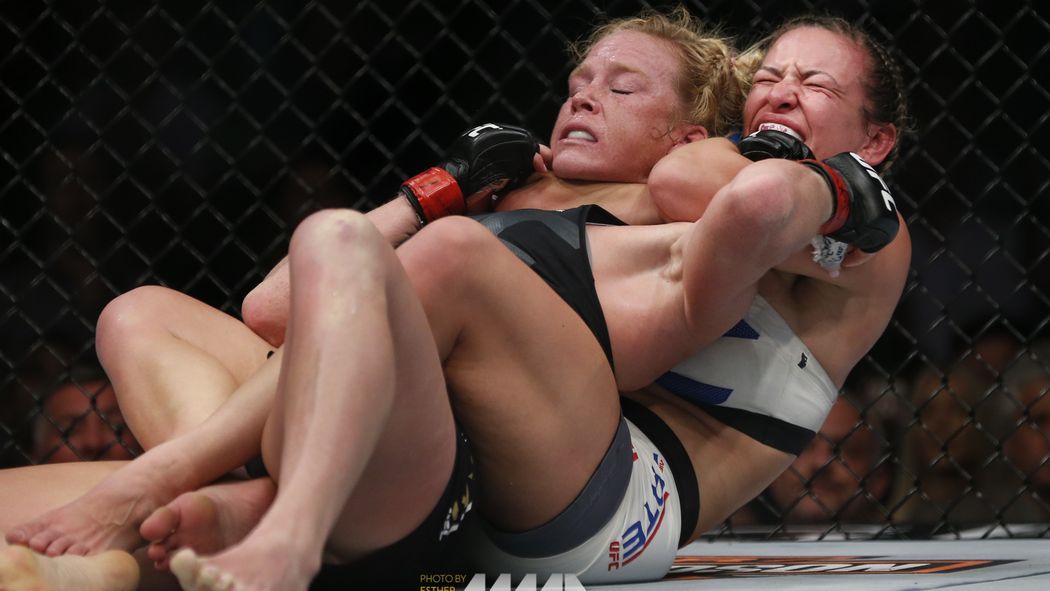 However, Tate’s title reign was short-lived as she lost it against the current reigning champion Amanda Nunes in July that year at UFC 200, and suffered a second straight loss to Raquel Pennington at UFC 205 in November 2016, after which she went on a long hiatus before coming back against Reneau last weekend.

Holm and I will fight again: Tate has no doubts about the rematch

Coming back to winning ways and have already shown interest to make a run for the title once again, questions have already arisen around if Tate would be interested in the repetition of the fight that made her a champion in the first place.

And “Cupcake” has no doubts in mind about that.

They’re all fair game, they can all get it, respectfully. I expect them to come out of the woodwork. I think a second fight with Holly, it’d be great,” said Tate during the post-fight press conference after UFC Vegas 31.

Holm, meanwhile, is on a two-fight win streak since losing to Nunes at UFC 239 in 2019 to regain her Bantamweight title and has defeated Raquel Pennington at UFC 246 and Irene Aldana at UFC Fight Island 4 last year.

“There’s a lot of women in the division, so name them all,” the 34-year-old went on, “I don’t know where I’ll come in the rankings right now, but you know I’m never one to say I deserve this or that. I understand I have to continue to climb.”

“But whoever’s name is on that list to get to the top, that’s fine with me. And I’m sure Holly and I, I have no doubt about it, her and I will fight again,” added Tate.

What do you think about Holly Holm vs Miesha Tate 2? Who will have the upper hand in the fight? Let us know in the comments.

Previous articleDillon Danis is ready to be the comeback opponent for Tito Ortiz
Next articleIslam Makhachev says he wants to ‘check the skills’ of Michael Chandler, the latter responds