UFC: What do you think of the UFC 246 McGregor vs Cerrone poster that the UFC just released? 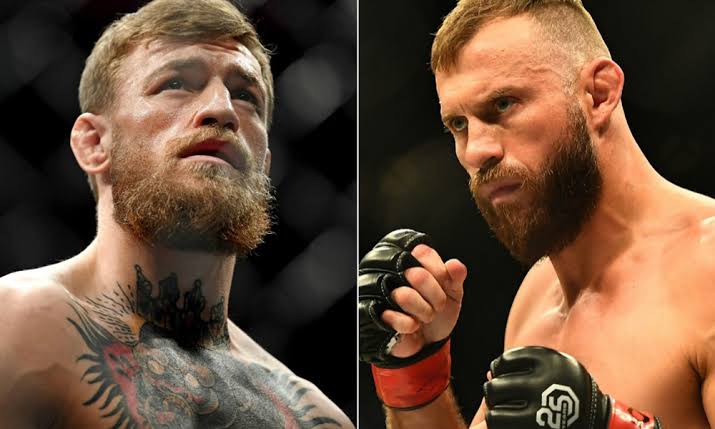 The factor which makes the fight interesting is not only McGregor’s comeback after a hiatus but also him fighting at welterweight, which changes the entire dynamic of the fight. That being said, the UFC had to come up with a poster worthy enough to match the magnitude of the fight. 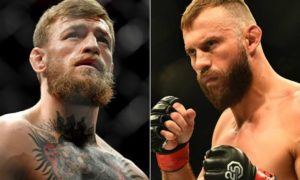 You can see the poster below as McGregor is backed by Irish tricolor. Cowboy Cerrone on the other hand, by United States’ stars and stripes. (via Twitter):

The fight presents a high risk, high reward situation for both of these warriors. The chances of Cowboy getting knocked out at welterweight are relatively low as he would be more rejuvenated. However, there’s a chance of McGregor carrying more power moving up at welterweight where he has a record of 1-1 with both of his fights being against Nate Diaz.

McGregor has been fairly inactive lately having fought only once since his last win against Eddie Alvarez at UFC 205 (excluding his boxing superfight). The situation being opposite for Cowboy, who is one of the most active fighters on the UFC roster. However he is coming of two back to back knockout losses against Tony Ferguson and Justin Gaethje.

McGregor on the other hand, is coming of his crushing defeat against lightweight king Khabib Nurmagomedov. However a win against Cowboy, opens up the door for various interesting fights namely a trilogy against Nate Diaz, a fight against latest superstar Jorge Masvidal and a rematch against Nurmagomedov.

Previous articleUFC 245 salaries reveal that Kamaru Usman will be paid more than both Holloway and Nunes!
Next articleUFC 245 Results – Peter Yan Lays No Mercy on Uriah Faber, KO’s in Third Round & Calls Out Henry Cejudo