Where does Cris Cyborg fit into the GOAT debate ahead of Bellator title fight? 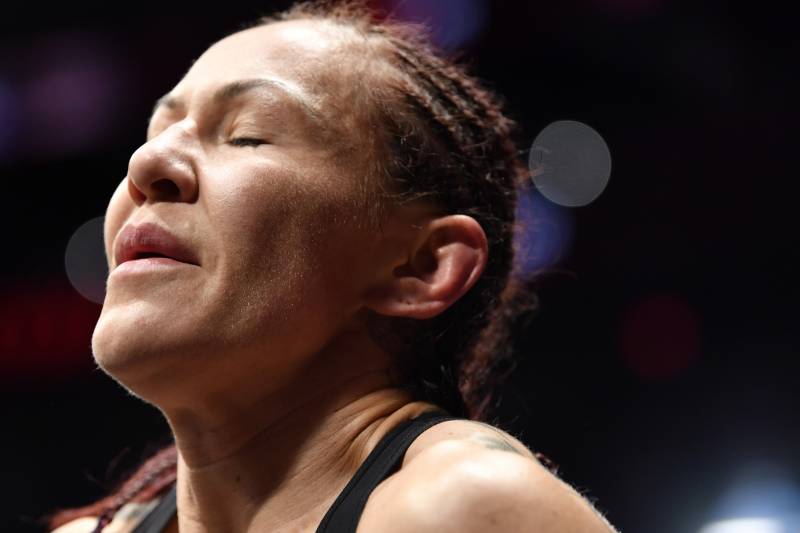 Cris Cyborg is set to take on Julia Budd for the Bellator featherweight title tomorrow at the main event of Bellator 238. The fight will take place at the Forum in Inglewood, California.

It is also Cyborg’s Bellator debut and she gets to fight Julia Budd in her inaugural match-up in the new organisation. If Cyborg beats Budd tomorrow, she will become the only fighter to have won titles in Strikeforce, Invicta, UFC and Bellator.

That will certainly be a very impressive feat. Throughput her career, she was the most feared women’s fighter in the world. However, heading into this fight, something feels different. There’s isn’t a sense of invincibility around Cyborg anymore. The scary aura that instilled fear amongst her opponents has gone. 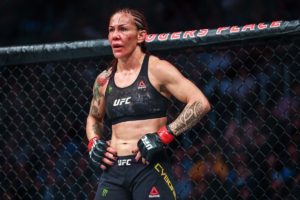 When she entered the Octagon on December 30, 2018, to take on Amanda Nunes at the C0-main event of UFC 232, she was a +250 betting favourite and rightfully so. She had dismantled everyone in the UFC and was going to take on a fighter who was moving up in weight class.

However, what unfolded on the fight night, nobody could guessed in their right minds. The most dominant female fighter of all time was knocked out by Amanda Nunes in just 51-seconds.

That knockout loss changed everything about the public perception about Cris Cyborg. She was no longer the invisible figure, fans had pictured throughout her career. Prior to her loss, whenever there were discussions about the female GOAT, fans would often point at Cris Cyborg, even though she has had just five-fights in the world’s largest and well-known organisation.

She was an attraction long before she even made her UFC debut. She didn’t have a perfect start to her MMA career as she made her debut in 2005 against Erica Paes and lost in the first round via submission.

However, that didn’t bring her confidence down as she went on to win 21-straight fights and remaining undefeated for thirteen long years. Over the years, she has compiled a staggering 81% KO rate and has finished 11 of her opponents in the first round.

Dominating for such a long time and consistently putting out opponents out for over a decade across several top MMA promotions definitely keeps her at the top of the GOAT ladder. While it’s true that Amanda Nunes put an end to her winning streak in an extremely brutal fashion, I don’t think there are that many people who don’t have Cris Cyborg in their GOAT discussion right behind Amanda Nunes.

Since, her loss to Nunes, there were talks about the rematch, sadly the fans weren’t treated to the rematch because of the animosity between UFC president Dana White and Cris Cyborg.

Cyborg ended up completing her UFC career with a win over Felicia Spencer at UFC 240. In this fight, Cyborg was cut via an elbow by Spencer. The cut kept flowing throughout the fight but even then Cyborg managed to dominate the fight and ended up getting a  30-27 unanimous decision.

Unlike some fighters, who don’t handle losses that well, it wasn’t a problem with Cris Cyborg. She wasn’t fazed by that loss.

“I think a lot of people expected me to be devastated by the loss, but I have a great support system around me and know what is really important in life,” Cyborg said in an interview with Bleacher Report earlier this week.

“I have always played sports, even as a kid,” Cyborg said. “You win or you lose, and this is how the game is played.”

With that being said, at 34-years old and having fought professionally for fifteen years, she has peaked as a fighter and her good days may be behind her, but even then heading into her title fight against Julia Budd, she is a heavy 4-1 favourite.

Julia Budd is a no pushover opponent. Early on her career, she lost to Amanda Nunes and Ronda Rousey, but she also holds a wins over the likes of Germaine De Randamie.

Budd is currently riding on an 11-fight winning streak. Her last loss came over eight years ago and has defended her Bellator featherweight title three times and in her last title defense she knocked out her opponent in the first round.

Previous articleWho wins this Heavyweight Headliner at UFC Raleigh?
Next articleUFC Fight Night 166 start time, who is fighting tonight at ‘Blaydes vs dos Santos’ in Raleigh