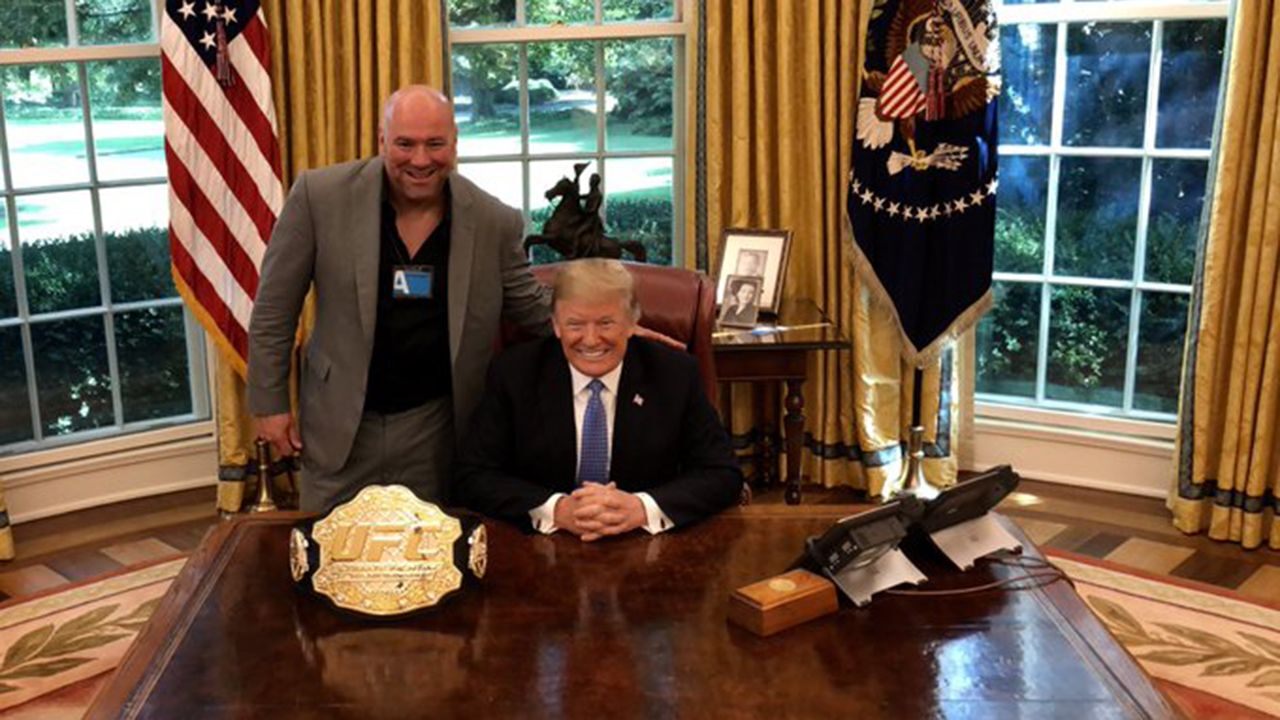 UFC president Dana White is set to attend a reception held by Donald Trump. He will do so accompanied by Justin Gaethje, Colby Covington and Henry Cejudo

UFC president Dana White is scheduled to appear at a reception with Donald Trump alongside some of the most well-known names in MMA.

The relationship between White and Trump is well documented and goes back a long time ago. White has never been shy about how much Donald Trump helped the UFC at the beginning. He even publicly vouched for him during his campaign back in 2016. More recently, he delivered a speech in his favor at the Republican National Convention. 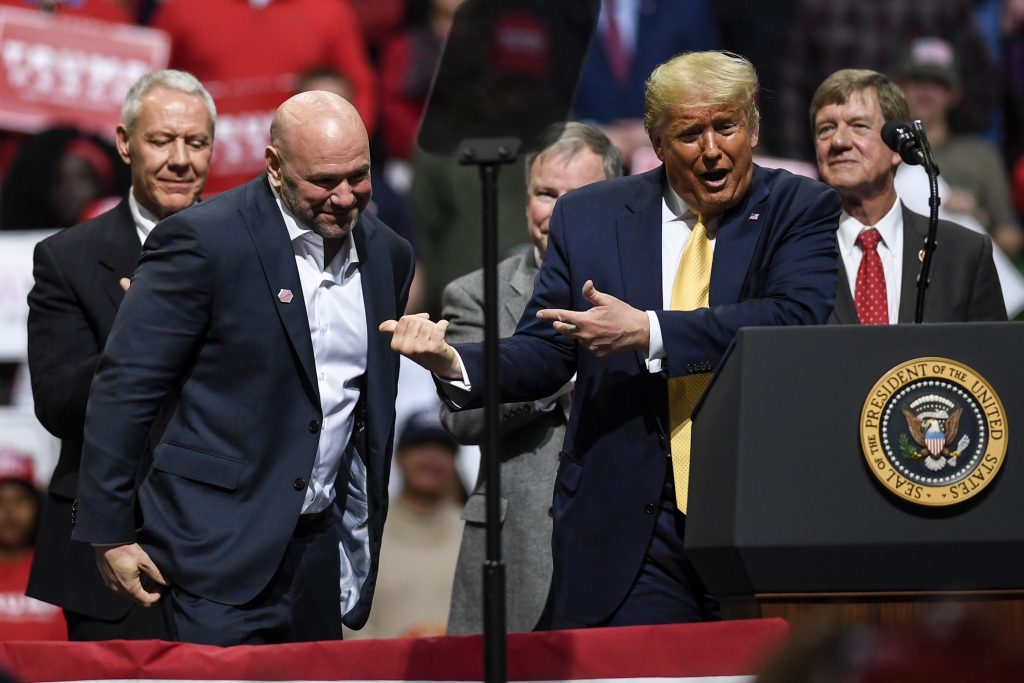 In what was essentially a rerun of his speech at the 2016 Republican Convention, the UFC president leapt back into the electoral octagon for Trump and his “unique attributes” on Thursday. “I have said it before, and I will say it again, he is one of the most loyal human beings I have ever met,” White declared this evening. “The man was unstoppable energy, no one, I mean no one is going to outwork this guy,” the high volume mixed martial arts league frontman went on to say.

This reception is hosted by Keystone Corp., a real estate corporation affiliated with Donald Trump. Dana White will not be the only familiar guest to fight fans. UFC Interim lightweight champion Justin Gaethje, former interim welterweight champion Colby Covington, and former two-division UFC champion Henry Cejudo will all be attending the reception. Boxing legend Roy Jones Jr will also be with them.

Keystone Corp. has sent out an invite to a reception with President Trump on Sunday ($2,800 per person). The location isn't specified in the invite, but hosts include Don Ahern and George Harris, and special guests include Dana White. MORE: pic.twitter.com/pOBXZLysVA

This reception further demonstrates the ties between the UFC and President Trump. It would be the second time that a UFC fighter officially meets Donald Trump, after Colby Covington back in 2018.

The life-long New Yorker also has a long relationship with MMA and UFC President Dana White. Trump hosted UFC events at his since-bankrupt Taj Mahal casino in Atlantic City decades ago when the sport was spurned by most venues. The two met in 2001, when Trump’s Taj Mahal casino in Atlantic City, New Jersey, hosted UFC 30 and 31, the first two events after White and business partners Frank and Lorenzo Fertitta purchased the company.

Trump has a taste for martial arts. During a recent visit to Japan, he spent what he said was an “incredible evening” watching sumo wrestling in Tokyo with Prime Minister Shinzo Abe.

Jake Shields says Nick Diaz got “a little out of control” with drinking, but back on track now

Previous articleJake Shields says Nick Diaz got “a little out of control” with drinking, but back on track now
Next articleIsrael Adesanya wants the Superfight with Jones : “It’s still part of my plan”