White Hails Adesanya-Costa as Fight of the Year, even with UFC 254 Coming up 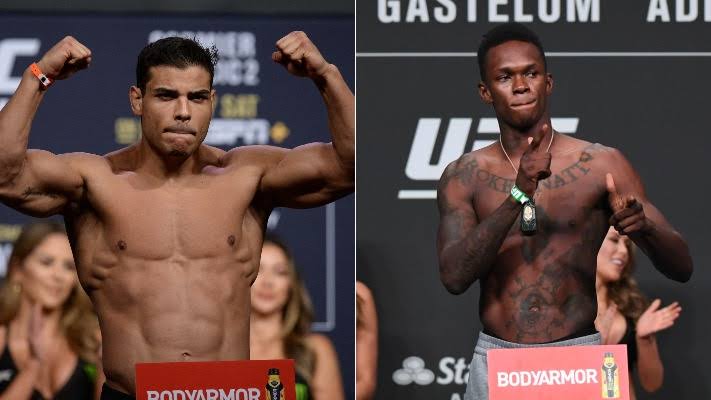 The UFC has been on a roll since its return, pitting top-class fighters against each other in major title fights. The promotion’s next two mainline fight nights look to continue the trend, with UFC 253 and UFC 254 bringing in some of the most exciting fighters in the sport.

UFC 253 is set to be headlined by the exciting middleweight champion Israel Adesanya taking on fellow undefeated striker Paulo Costa. It’s been a much-wanted fight in MMA circles for some time, and now that he’s finally pulled the trigger, UFC president Dana White has predicted it to be the Fight of the Year match-up.

However, a month after Adesanya-Costa, second overall pound-for-pound men’s fighter Khabib Nurmagomedov will be stepping into the octagon to face Justin Gaethje. So, is White right in predicting the Adesanya-Costa fight as the one to be the Fight of the Year, or does Nurmagomedov-Gaethje have a shot at the honor?

A heated feud between strikers 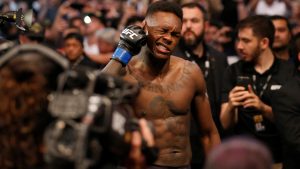 Perhaps the component that’s driving the hype for the September 26 Adesanya vs. Costa fight is the heated rivalry. As recorded by ESPN, the two really hate each other. They’ve been throwing verbal jabs at each other for years, picking holes, and always being around the conversation of the other. Back on October 5, 2019, when Adesanya beat Robert Whittaker via punches in the second, the New Zealand-Nigerian goaded ringside Costa to enter the octagon, with the Brazilian being escorted out of the crowd.

For the fight itself, we have a rangy, accurate striker who is 19-0 in his career, quick on his feet, and able to go at top-speed for the distance. The challenger, Costa, at 13-0, is also a striker, but he uses a very different style. A few inches shorter but easily still in the same weight class, Costa is a comparative beast to the lanky Adesanya, preferring to get up close in a fight and throw in fast but heavy combinations. This conflict is why the champ dismisses the idea of it being the Fight of the Year.

If it goes Adesanya’s way, it seems unlikely that Fight of the Year will be on the cards. The defending champ is more than happy to go the distance, chipping away with timely strikes from range. Former belt-holder in the division, Luke Rockhold, told Submission Radio, Episode #198, that it’ll be the battle of a bull and a matador, but that he says that the power and steel chin of Costa could easily defy expectations.

If they are forced to trade toe-to-toe, Fight of the Year is on the cards, but Costa getting tagged while chasing doesn’t look to be the makings of such a distinguished bout.

An unforeseen upset waiting to happen

On October 24, UFC 254 will see the man who some see as utterly unbeatable, Khabib Nurmagomedov, take on Justin Gaethje. Gaethje fell on some hard times in the UFC, losing his second and third fight with the promotion in 2017 and 2018. Since then, however, with a new world-class coach on his team, Gaethje has transformed into a focussed and clinical combatant.

Each of Gaethje’s last four fights has ended with him having his armed raised after KO or TKO punches. His latest triumph, at UFC 249 on May 9, 2020, saw him trump who The Independent labeled as the most dangerous potential opponent to Nurmagomedov, Tony Ferguson. Gaethje was convincing throughout the bout, breaking Ferguson down to seal the win in the heat of the fifth round. He plans on using his successful strategy of having a zone of death to move to a five-win streak.

For many pundits and followers of the sport, Nurmagomedov-Gaethje doesn’t look to be a difficult fight to call. In fact, at MMA Oracle, the prediction leans 61 percent in favor of the Russian, to 39 percent for Gaethje. Being a closer fight, per the experts, this would seemingly give the Adesanya-Costa fight a better chance of becoming the Fight of the Year. As of August 21, Adesanya is at 1.57 to beat the 2.30 Costa, whereas Nurmagomedov is at 1.57 to overcome the 2.30 Gaethje.

The different styles of Adesanya and Costa seem to hint towards a fight less-likely to become the Fight of the Year. The sheer star power and aura of Nurmagomedov coming up against an upstart Gaethje, however, could easily produce a Fight of the Year performance. Khabib may be undefeated at 28-0, and Gaethje has certainly had troubles en route to a 22-2 record, but MMA Junkie cites Gaethje’s history in wrestling as strong foundations for the early phases, and his affinity for striking could see some edge-of-the-seat moments occur in the fight.

We won’t know until the conclusion of UFC 253 and UFC 254. Still, it’s possible that the high-flying Gaethje potentially giving the seemingly-unbeatable Nurmagomedov a run for his money has a better shot at becoming Fight of the Year than seeing Adesanya skip around Costa for five rounds.

Previous articleLeon Edwards says Masvidal’s ‘Street Jesus’ persona was a marketing ploy, calls him a journeyman
Next articlePatricio ‘Pitbull’ was not here for Dana White’s comments on Bellator