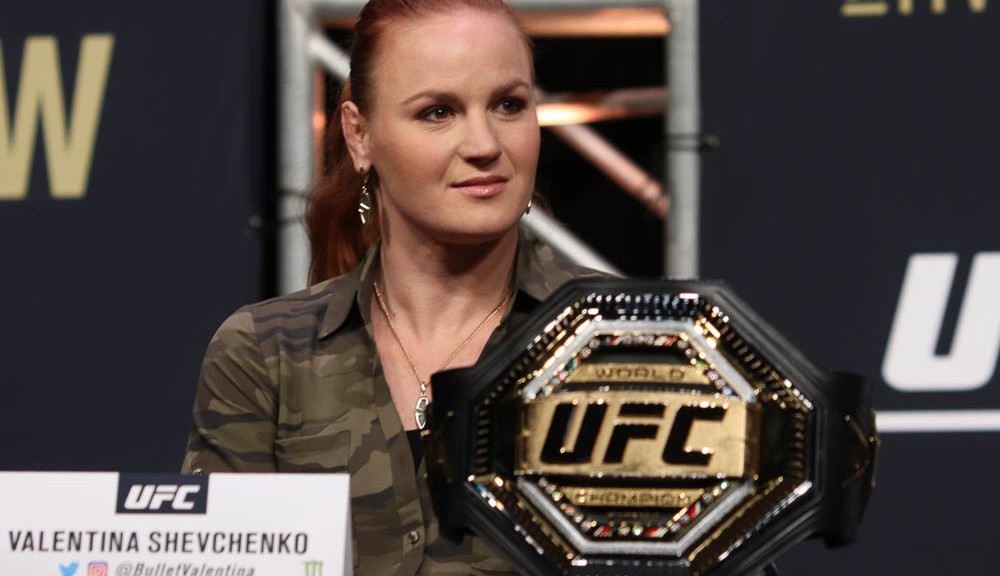 The dominant UFC women’s flyweight champ Valentina ‘The Bullet’ Shevchenko has her next assignment lined out.

UFC on ESPN+ 31 card featured an interesting co-main event of perennial contenders as Joanne Calderwood took on Jennifer Maia. The fight booking came as a shock for the MMA community. Calderwood was slated to get a title shot. Shevchenko however has to be on the sidelines recovering from an injury. 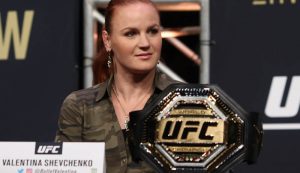 Calderwood took a huge risk in accepting the fight against Maia. The risk though didn’t off as she suffered a heartbreaking first round submission defeat. The loss probably took her chance to fight for the title as well.

However someone’s loss is somebody else’s gain as now Jennifer Maia is expected to be the next to fight for the flyweight title. The news was confirmed by UFC President Dana White himself and reported by reporter Aaron Bronsteter. (via BJPENN.com):

Shevchenko too dominating for the flyweight class?

Shevchenko was scheduled in a quick turnaround for a title defense against Joanne Calderwood at UFC 251. However had to pull out as she had to go under the knife for a leg injury. She revealed according to her doctors that August seems to be realistic for her return.

Shevchenko has been unstoppable since moving down to flyweight. She is 5-0 at flyweight with a win over former strawweight champion Joanna Jedrzejczyk. She then dominated the division with three title defenses including brutal KO finishes of Jessica Eye and Katlyn Chookagian. She also has a decision win over women’s bantamweight title challenger, veteran Liz Carmouche.

She also revealed in an interview few months ago that she would love to have her first title defense at Fight Island. The UFC may plan another visit there in near future.

“It’s such a great idea, from the first second I heard about it I was like, ‘I would definitely be there,’” Shevchenko said. “I want to fight on the island, I want to train there…I want to live there! I want to spend my time there, definitely.”

Maia (18-6-1 MMA, 3-2 UFC) on the other hand, is an experienced veteran as well. She also happens to be the former Invicta FC flyweight champion with a win over former strawweight champ Jessica Andrade!