UFC News: Dana White on Amanda Nunes retirement: She can do whatever she wants! 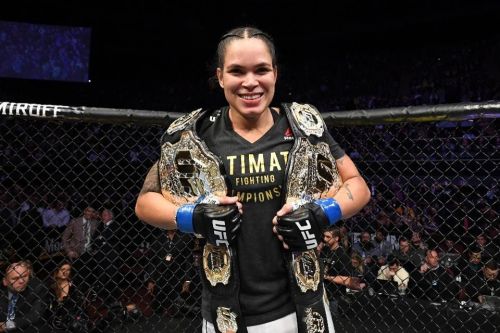 ‘The Lioness’ in his interviews hinted a possibility of a potential retirement. Enjoying the peak of her career, the conversation was a shock wave throughout the MMA community. However she has achieved whatever the sport has to offer. With the baby coming, the decision does make sense.

Speaking in an interview with MMA Fighting, UFC President Dana White weighed in on the issue. White would obviously like to have her services. However keeping her professional and personal aspects in mind, he understands the decision.

“[Nunes] can do whatever she wants to do,” White said. “She’s the queen. She can do whatever she wants. She’s having a baby, she’s got all these great things going on in her life right now personally and professionally she’s done anything that I’ve ever asked her to do. To go from Ronda Rousey to her, it’s actually been a joy working with the women in that division. I haven’t always seen eye-to-eye with Holly Holm’s people, but Holly Holm is one of the nicest human beings on planet earth. Dealing with that division has been awesome.”

The legendary career of ‘Lioness’:

Nunes unlike Gina Carano, Cris Cyborg and Ronda Rousey didn’t have a huge name at first. She had to build her name towards the top of the food chain. After defeating notable names like Shayna Baszler and Valentina Shevchenko, she got her chance to fight for the title. She defeted Miesha Tate to become UFC women’s bantamweight champion in 2016.

Stepping in as a heavy underdog, she pulled of a huge upset as she knocked out dominant champion Cris Cyborg in the first round to become first female fighter to hold belts in two different weight classes. Many consider Nunes to be the best female fighter of all time.