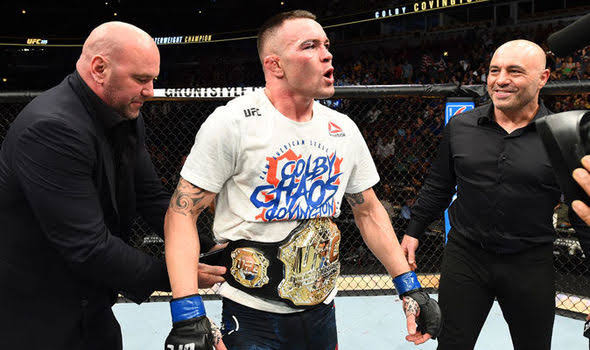 A unification bout against arch rival Tyron Woodley seemed inevitable. However many negotiation and timeline problems didn’t allow the materialization of the bout as Woodley will now take on Kamaru Usman for the title at UFC 235. Obviously that didn’t go well with Covington who ripped President Dana White and also dared the UFC to release him. 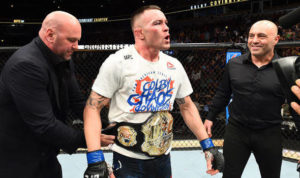 Speaking in an interview with Las Vegas Review Journal, White addressed the issue.  White claimed that Covington will no longer be the champ and that he’ll have to earn his shot again.

“He’s not the interim champ. We offered a fight to Covington and Covington didn’t take the fight,” White said. “I say it all the time, 20 years I’ve been saying this I don’t know how many more times I’ve got to say it, this is a sport of opportunity. When opportunity is there, answer the door, take it. If you don’t, it’s going to take you longer to get back to that belt. I liked the fight that Usman had, Usman was ready to fight anybody and he’s getting the shot.

“Colby now is going to have to fight again and earn the spot to get back,” White said.

Covington was offered to fight Woodley at UFC 228 back in September. However Covington, who had already fought at UFC 225, needed more time to recover and the title shot was given to then undefeated Darren Till.