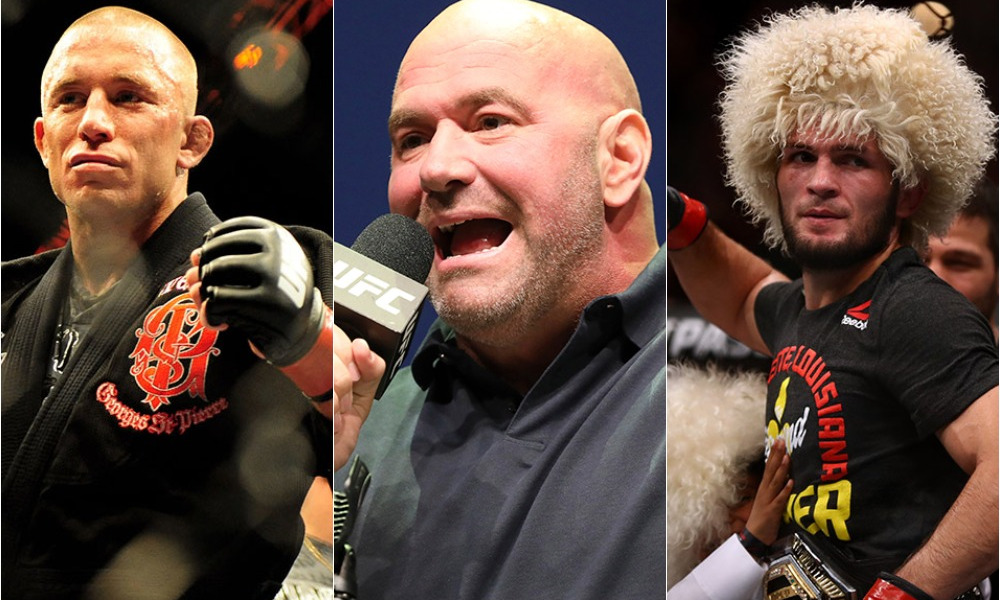 Khabib Nurmagomedov had once said that he needed to beat three opponents to establish his legacy in MMA. Dustin Poirier, Tony Ferguson, and Georges St. Pierre. He beat Poirier last year, and Ferguson booked himself out of the title fight against Khabib after losing to Justin Gaethje. Evidently, that makes Gaethje the next best thing, and he will face him at UFC 254. But what about GSP? 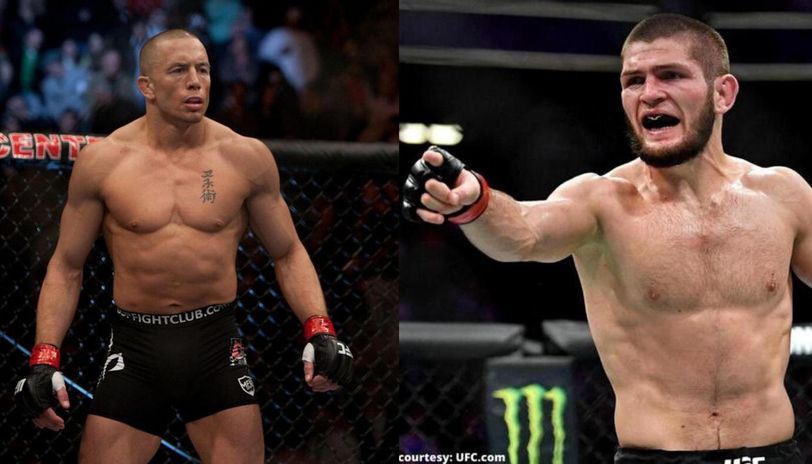 Khabib and GSP have openly flirted about the possible fight multiple times publicly. Naturally, Khabib was asked about the possibility of a fight against GSP by Aaron Bronsteter. Khabib gave a very candid response to it.

Khabib: "When I think about fighting versus Georges, I become excited. He is one of the guys that when I grew up, I always watched. He is the greatest fighter in UFC history."

Khabib has chased after this GSP fight for quite a while. He is on record talking about this before and made his intentions clear. He used some clever math to emphasize the lineage both men would bring into the fight. 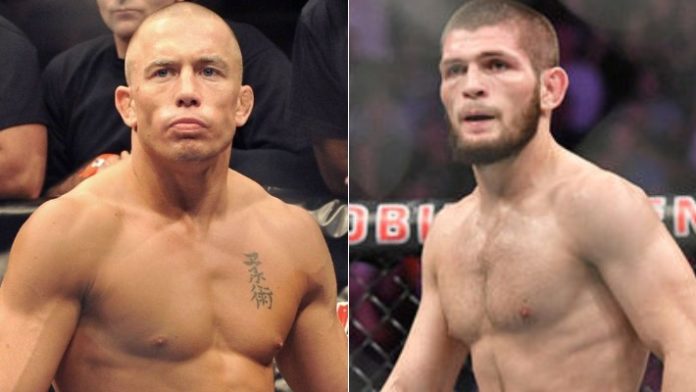 GSP has also gone on record mentioning his problems with the fight being at 155. There are a whole host of hurdles that come in the way of this fight, but one thing we know is that if the UFC is determined to get something done, they find a way. The money that a GSP and Khabib fight could generate for the company is massive, and it is an opportunity they shouldn’t squander.

Speaking to TMZ Sports, White said the prospects of a Nurmagomedov vs. GSP fight interests him, but ultimately, he isn’t sure if GSP can make it down to 155lbs.

“I’d be interested in talking about. Just because that’s what Khabib wants doesn’t mean that fight can be made. There’s just so many things that have to come into play for that fight to happen,” White said.

“The question is, a guy like GSP who has been out as long as he has, and at his age, can he make that weight? Realistically if GSP makes that weight and does it and he beat Khabib, I mean he’d be the only guy to ever win three titles.”

Even though UFC President Dana White is open to the idea of booking a fight between the two, it’s very unlikely that the fight will happen. Georges St-Pierre turns 40 next year and the window of his comeback is getting smaller every day. In addition, White is not very keen on bringing GSP back as the former champion could leave the promotion right after winning the title – something he has done in the past.