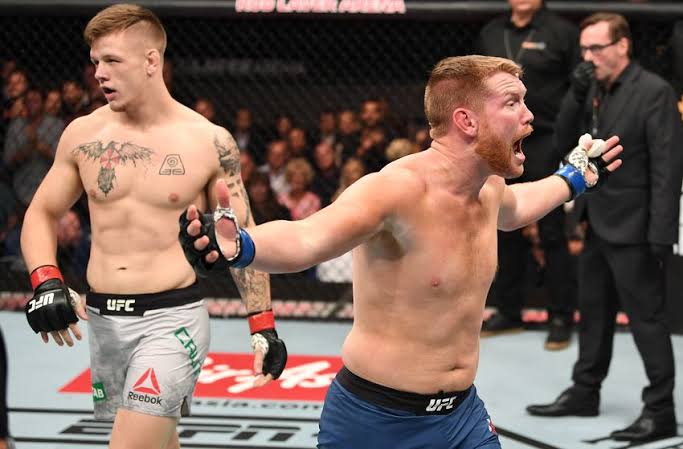 UFC 234 main card was kicked off by a classic veteran vs. prospect matchup as ‘Smilin’ Sam Alvey stepped in on short notice to take on undefeated Jim Crute respectively.

Both being fairly well rounded, the bout was however expected to be a slugfest. It was as well for the amount it lasted, however was cut short due to a controversial early stoppage. Crute became only the third fighter ever to stop Alvey in his 46 fight career. Interestingly Alvey had already expressed some doubt regarding Marc Goddard being the referee as he was supposedly guilty of stopping fights prematurely. UFC President Dana White addressed the issue. 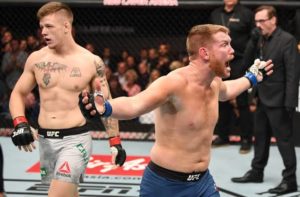 “I didn’t agree with the stoppage – I thought it was a bad stoppage. A lot of those shots were hitting him on the arm. He was obviously hurt. But the fight could have gone a little longer and we could have seen a little more of Crute. Bad stoppage in my opinion.”

Crute caught Alvey with a lighting fast hook which floored Alvey. Crute started celebrating prematurely thinking Alvey was out. Alvey was able to fight his legs a bit as he caught a head kick thrown by Crute. Crute however was able to secure top position and started unloading ground and pound. Alvey handed a ‘thumbs up’ signal to Goddard indicating he was alright however Goddard had seen enough.

“The ref screwed that up, too,” White said on Crute’s early celebration. “The ref jumped in there and he thought the ref was breaking it up.

“The ref did a really, really bad job. Real poor refereeing in that fight, and when something like that happens, it could have cost Crute the fight, because if Alvey got back up … and then he goes to stop it too soon, and then he stopped it too early. It happens sometimes, and it sucks for Sam.”