Who does Francis Ngannou want to fight after UFC 220? 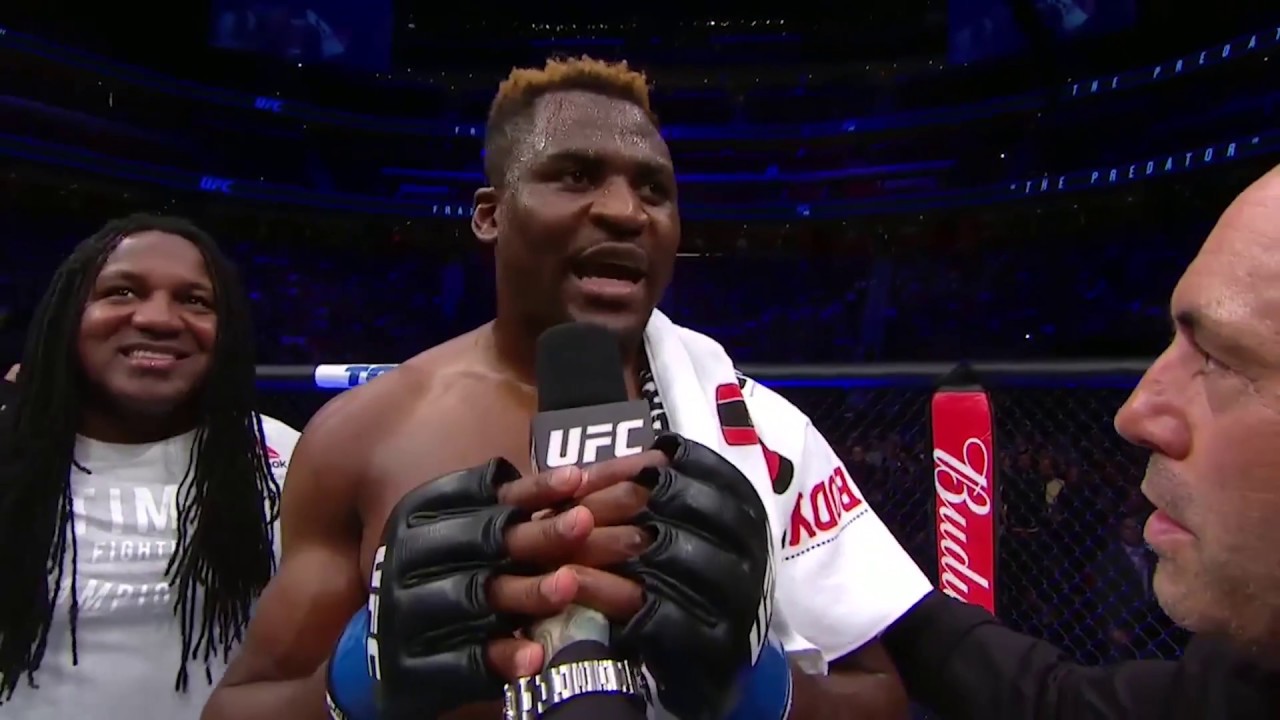 Francis Ngannou still has to get past the UFC heavyweight champ Stipe Miocic but he seems to already be looking ahead and has spoken about Brock Lesnar being his ‘dream opponent’.

“As a challenger, I need and want to fight some people because that would give me the opportunity to get to the title shot,” Ngannou said. “As a champion, I think you are going to see them come. Also, I think the fight that I would like to see is Ngannou against Brock Lesnar. It’s not my deal, it’s the UFC’s deal. He’s a very huge guy and seems like a very powerful guy. I want to test him.”

“The one who intimidates me is myself,” Ngannou said. “I’m scared to fail. That is the thing that makes me the most afraid, to fail. Just to think that I can do a mistake and lose the fight scares me so that is why I work out a lot to bring more chance to my size and less chance to my opponent.”

The 40-year-old Lesnar (5-3, 1 NC) hasn’t fought since 2016, when he snapped a four-plus year retirement to outpoint Mark Hunt at UFC 200. The win was eventually taken away after Lesnar, a formerd UFC heavyweight champion, failed a pair of pre-fight drug tests for steroids.

Ngannou’s coach Dewey Cooper has previously spoken about his desire for Ngannou to test himself against a heavyweight boxing champ, “Everyone was so enthralled about the Conor McGregor/Floyd Mayweather fight. I’d like to see Francis about one year from now fight whoever the heavyweight champion is, whether it be Deontay Wilder or Anthony Joshua. Thta would be a real fight, where an MMA fighter could go in there and upset a current boxing champion.”

But first things first, let’s focus on UFC 220 and getting past Stipe Miocic first which will be no walk in the park.

Previous articleWill Conor be stripped of the title on Sunday setting up Tony vs Khabib at UFC 223?
Next articleFrancis Ngannou to Stipe Miocic : Beware of ‘me’