Who should Georges St-Pierre face on his return to the UFC? 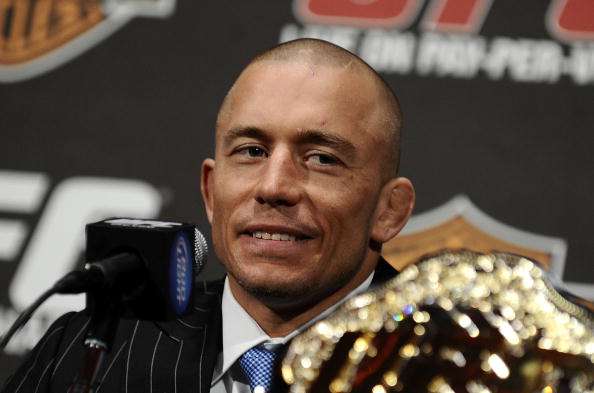 MMA legend and former UFC Welterweight champion, Georges St-Pierre shocked the entire combat sports universe, when he announced his hiatus from the sport. It all started after he successfully defended his title against Johnny Hendricks at UFC 167, via a much talked about and highly controversial unanimous decision. A few weeks after his triumph over Hendricks, MMA’s most successful Welterweight had vacated his title and walked away from the sport he loved.

Since the day he left the UFC, there has been a lot of bad blood between him and the world’s premier fight promotion. “Rush” had later revealed in an interview that the UFC protecting drug-enhanced fighters was a major reason why he decided to walk away. However in 2016, the former champion disclosed that he had made peace with UFC president, Dana White over dinner in Las Vegas. Since then, there has been some hearsay that the Canadian might be on his way back to the octagon.

This past week, noted MMA journalist Ariel Helwani had claimed that GSP was close to signing a new contract with the UFC. His claims turned out to be true when Dana White himself stated that the UFC’s former poster boy is finally coming back home, to the octagon. White’s revelation sent MMA fans into frenzy, internet froze, twitter exploded and in the fall-out fans and pundits alike started stating their opinions about GSP’s impending return.

The UFC president also disclosed that “Rush” will have his highly anticipated return fight sometime later this year. Though, it’s still to be seen which fighter will welcome the former pound-for-pound kingpin back to the octagon.

Here are three fighters who we think could face St-Pierre in his return fight.

St-Pierre has previously faced and defeated the elder Diaz in the main-event of UFC 158. He had defeated Diaz via unanimous decision to successfully defend his belt for an eighth consecutive time. In their previous meeting, the Canadian had used his superior wrestling skills to continuously secure takedowns and had dominated the BJJ black-belt on the ground. Diaz had tried to catch the Karate black-belt into various different submissions off his back. Though, he was out-wrestled and overpowered by the brilliance of St-Pierre, who grounded-and-pounded his way to the victory.

Joe Silva and other UFC matchmakers should consider booking their fight due to multiple reasons. The first reason being that both these fighters haven’t competed in a long time, while “Rush” went into a self-imposed exile, Diaz was serving a suspension for testing positive for marijuana metabolites. Thus putting both these fighters who might be suffering from “ring rust”, against a top contender who has been competing regularly might not be a good idea. Consequently booking a rematch between GSP and Diaz will certainly be a more practical option, it will also certainly help both these fighters in finding their rhythm and getting rid of the “ring rust”.

Another reason why the UFC should book a St-Pierre vs. Diaz rematch is because both these fighters are superstars with huge drawing power. Apart from their virtuosity and flair inside the octagon, both these fighters are also masters of selling PPV’s. In their former headliner in 2013, they almost managed to sell a million PPV’s. Hence, if “Rush” and the Stockton native face each other in their return fight, the buyrates of that PPV will surely cross the million mark.

Due to Conor McGregor taking a break, Jon Jones’ suspension, Ronda Rousey’s future being uncertain and Brock Lesnar’s retirement, the UFC desperately need superstars like GSP and Diaz who can help in selling PPV’s. If they are booked to have a showdown against each other, than that PPV very well might be the biggest UFC PPV of the year.

The winner of Woodley vs. Thompson-2 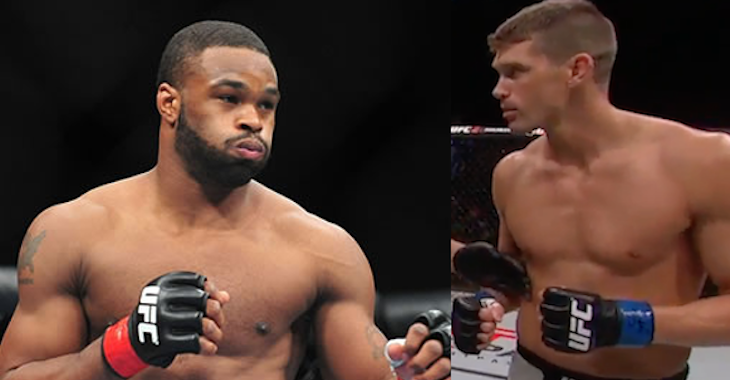 Ever since GSP vacated the title, the 170 pounds belt has been a hot potato. No fighter has been able to exert his dominance at the top of the 170 pounds ladder. “The Big Rigg” initially won the title, though he lost it in his first title defense to Robbie Lawler. “Ruthless” made two successful title defenses before losing it to the current champion, Tyron Woodley. “The Chosen One” then went on to make his first title defense against Stephen Thompson. However, their first fight ended in a majority draw. Thus, the two Welterweights will lock horns again at UFC 209 to determine the fate of the 170 pounds title. Thus, whoever gets their hand raised at the end of their second battle, should welcome “Rush” back to the octagon.

Stylistically, a match-up between GSP and Woodley/Thompson would be marvellous and astounding. If he faces Woodley, fans would get to witness an incredible fight between two phenomenal wrestlers. Woodley is a former NCAA division 1 wrestler, whereas GSP too is an experienced wrestler who also has a BJJ black-belt.

On the other hand, if he faces ‘Wonderboy’ then we might get to witness a stand-and-trade fight as both fighters have a karate background. GSP is a third dan Kyokushin Karate black-belt, whereas Thompson is a fifth degree black-belt in Kempo Karate. The Canadian might look to secure a takedown against the American. However, if they stay on their feet then we might get to watch a classic striking battle between two great Karate practitioners.

The former champion getting an immediate title shot would surely be unfair to other fighters in the division such as Demian Maia. Though, it should be noted that St-Pierre never lost the title, he willingly vacated it. Thus the return of GSP, jeopardizes the credibility of whoever is the current UFC Welterweight champion. His awe-inspiring MMA record and credentials certainly warrant an instant title opportunity. After all, “Rush” is the longest reigning champion in UFC Welterweight history. He also made a record 12 consecutive title defenses. Thus, a showdown between the former champion who never lost the title and the current champion will surely help in legitimizing the Welterweight title’s credibility again. 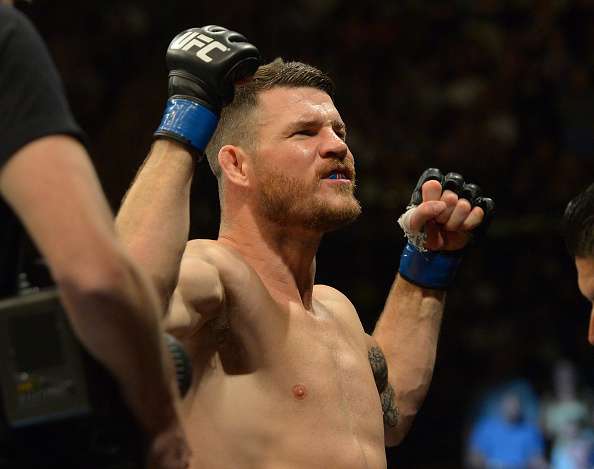 Michael “The Count” Bisping shocked the entire MMA world when he ended Luke Rockhold’s title reign with a coup-de-grace via punches at UFC 199. “The Count” then made a successful title defense in a grudge rematch against Dan Henderson at UFC 204. He is currently on the sidelines due to a knee injury.

It is widely believed that once he returns he will immediately defend his title against Yoel Romero. Though, Dana White recently revealed that Bisping is being considered to face the Canadian in his return fight.

In the aftermath of Daniel Cormier pulling out of UFC 206, it was being expected that Michael Bisping would face GSP at short notice in the main-event of the PPV. At the time, the Middleweight kingpin had revealed that he was highly excited about the prospect of fighting “Rush”. He even claimed to have agreed a verbal deal for the proposed fight. However, the potential fight failed to materialize.

“Rush” has always competed in the Welterweight division. Though, he has shown interest in fighting at 185 pounds in his octagon return. Even when GSP was the king of the Welterweights, there were talks about a potential big-money fight against then UFC Middleweight champion, Anderson Silva. Bisping is the current 185 pounds kingpin and would surely love to be part of a big-money fight against the greatest Welterweight MMA fighter of all time. The Mancunian would certainly prefer to trade blows with GSP and earn a big, fat pay-cheque rather than entering the octagon against the fiercely dangerous Romero or ‘Jacare’ Souza. Thus, it’s highly possible that Bisping’s next title defense takes place against a returning St-Pierre.