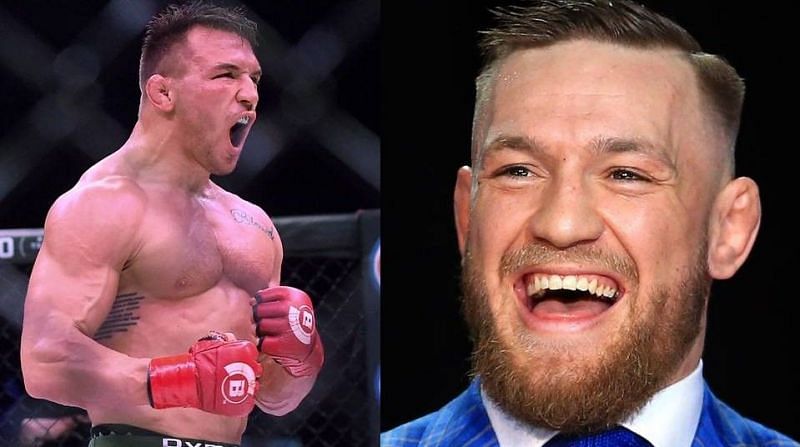 Former Bellator lightweight champion Michael Chandler is all set to fight for the UFC lightweight title against Charles Oliveira at UFC 262 which is scheduled to take place at the Toyota Center in Houston, Texas.

Heading into this fight, Michael Chandler knows that he is going to fight the winner of Conor McGregor vs Dustin Poirier 3 fight which is taking place at UFC 264 on July 10 in Las Vegas. 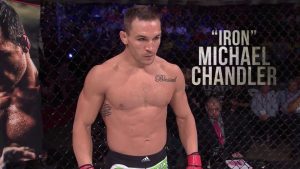 Dustin Poirier has previously called Chandler a ‘Yes Man’ for the company and the former Bellator champion returned the favour in a mock video.

While Chandler and Poirier have taken shots at each other, the UFC newcomer has never done so against Conor McGregor. Now Chandler has finally revealed the reason behind it in an interview with MMAJunkie.

“Conor has not said one negative thing about me,” Chandler said. “Conor hasn’t really said my name at all. Not that that is a good thing or a bad thing. Poirier has. That’s fine. He can have his opinion of me. ‘I haven’t earned it’ or he’d rather sell hot sauce than fight me for the title, or it’s ‘fool’s gold.’ It was more directed at him because he’s been the guy that’s said the most.

“He’s got a big fight ahead of him. He’s got the biggest fight of his life ahead of him. Finishing a trilogy with Conor McGregor is the biggest thing he’s got on his plate. But then again, I should be more worried about Charles Oliveira, I guess.”

Michael Chandler has also said that if he becomes champion he won’t call the shots like the other champions have done so in the past.

“When I win the title on May 15, I’m not going to be the guy calling shots,” Michael Chandler told MMA Junkie. “I’m going to be the champion and I hold the belt, but I’m not going to be the guy calling shots. You just look at the rankings and you look at the body of work of Dustin Poirier, he’s the obvious No. 1 guy right now. He chose to take the money fight and pass up on the opportunity to fight for the title, so if he does beat Conor, he’s the obvious No. 1 choice. But if Conor beats the No. 1 guy, plus how big of a name he is, plus the star power of himself, plus when Conor’s on and Conor’s chasing the title, there’s not a spectacle more exciting in sports.

“So, he goes out there and runs through Dustin, or even beats Dustin in a dominant fashion, I think that makes him the No. 1 contender. I’ll be holding the belt, and I’ll be there (cageside) in Vegas, excited to see who I’m going to fight probably later on this year or the first of next year.” (H/T – MMAJunkie.com)