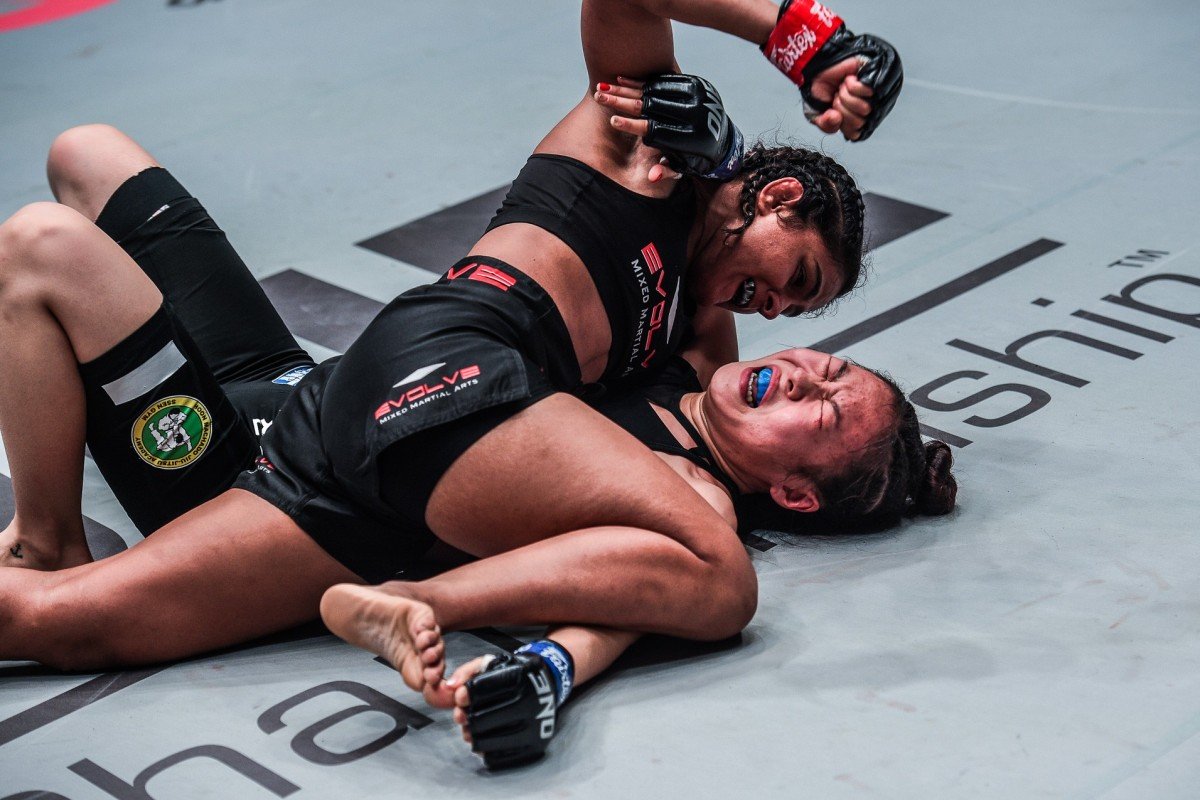 If Ritu Phogat wasn’t known amongst the MMA circles before, she is most definitely now. She made her highly anticipating pro-debut at ONE Championship: Age of Dragon last week, where she defeated South Korea’s Nam Hee Kim in less than 3 minutes via TKO.

Hailing from Bhiwani, Haryana, Ritu comes from wrestling royalty. Her sisters Geeta Phogat and Babita Kumari are considered two of India’s greatest female wrestlers. Ritu was well on her way to wrestling glory when in February this year, she shocked the wrestling fraternity when she announced that she will make a transition to Mixed Martial Arts.

In a country, where Wrestling is a highly popular sport and has produced legends like Yogeshwar Dutt and Sushil Kumar, a sport like Mixed Martial Arts still hasn’t caught up with the masses. Daughter of the legendary Mahavir Singh Phogat, who is the Senior Olympic coach of India, is responsible for producing some of India’s finest wrestlers. The Phogat family is one of India’s most famous families all thanks to the Bollywood biographical film Dangal, which is loosely based on the life of Mahavir and his two elder daughters Geeta and Babita.

The movie was a massive hit in India and it earned a whopping $340 Million in the box-office. 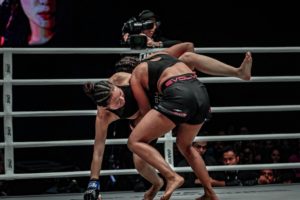 Indian Wrestling’s loss here was a huge gain for Indian MMA that has for so long waited for a mainstream star. Despite MMA gaining popularity in India, MMA as a sport was never recognised by the Government of India. Over the years, Numerous MMA promotions have popped up in India with popular ones like Super Fight League even having broadcast deals with network giants like Sony. Even Bollywood superstar Tiger Shroff started his own MMA promotion called Matrix Fight Night, which has already done two shows in India with the third event being scheduled to take place on December 20 in Mumbai. Despite all of this, Indian MMA didn’t produce a superstar that the country could get behind.

However, that all changed last weekend when Ritu Phogat made her professional debut under ONE championship banner. While ONE championship is not yet popular in India like the UFC is, which boasts of superstars like Khabib Nurmagomedov, Conor McGregor, Jon Jones etc, with ONE championship signing Phogat, that all can change quickly, because of the tremendous star power that Ritu possesses.

She has everything needed for her to become the true face of Indian MMA, she is an elite wrestler and is training under EVOLVE MMA in Singapore which is one of the best gyms in Asia. Even though it’s quite early to judge her striking level, she seemed decent in her pro-debut as far as her stand-up game is concerned.

It’s not like she is the first Indian to sign with a foreign promotion. ONE Championship, BRACE CF have numerous Indian fighters under their banner who have been competing at a very high level. Even the biggest MMA promotion in the world UFC had signed Bharat Khandare. However, he lost his professional debut via KO and ended up getting suspended for two years because of a failed USADA drug test. Even Indo-Canadian MMA star Arjan Singh Bhullar ended up leaving UFC and signed with ONE championship as a free agent.

If everything goes according to plan, Ritu Phogat might even become India’s first-ever world champion and in a recent interview with MMA India earlier this week, she is determined to do exactly that. Not to forget, she is being heavily pushed by Star Sports Network, which has a broadcast deal with ONE Championship. Before her pro-debut last week, Star ran a short hype video on their network on Ritu Phogat, which is proof of how committed the network is.

“People don’t know about MMA in India. But after my move to MMA, the sport has gone up in popularity,” Ritu said last week in an interview with SCMP. “My sisters show the world that they can do anything through wrestling. I want to do the same through MMA.

“Wrestling is a very established sport in India. There are no MMA gyms there so I went to Singapore for training. I switched to MMA to do something different.

“Why does no one in India participate in this hugely popular sport? Why has India never produced an MMA world champion? I want to change that. I want to win the One Championship belt and make Indians proud. That’s my goal.”

With that being said, Ritu has a long way to go before she can win a world title in MMA. However, Indian fans now have someone to get behind as far as the sport is concerned.

Previous articleFloyd Mayweather coming out of retirement in 2020, working with Dana White
Next articleHere are the results of the recently concluded 3 Day Fight event ( MMA & Kickboxing ) organised by AIMMAF