Will Conor be stripped of the title on Sunday setting up Tony vs Khabib at UFC 223? 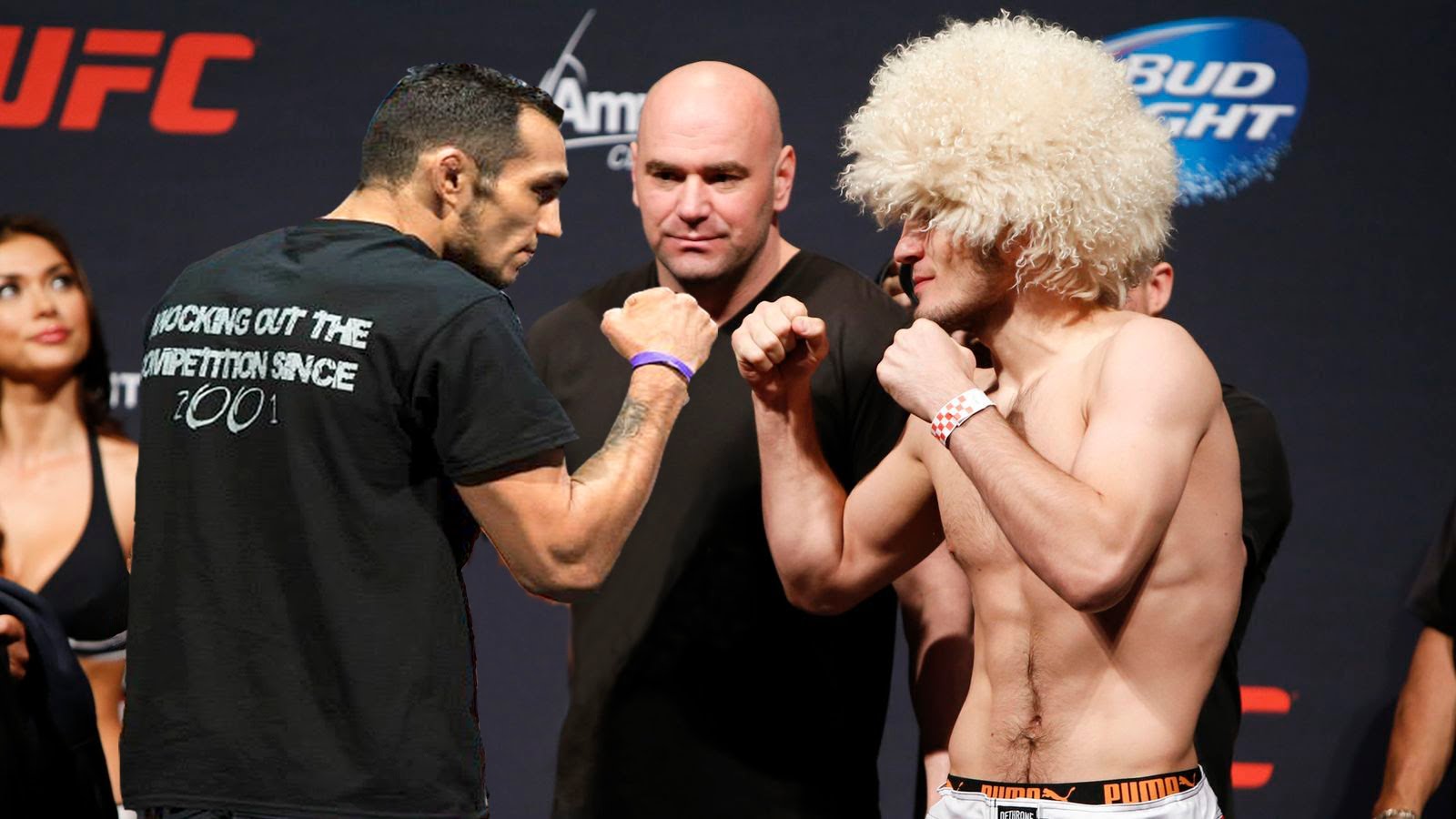 A lot has been written about whether Conor Mcgregor will be stripped of his title and a fight for the lightweight title set up between current interim title holder Tony Ferguson and Khabib Nurmagomedov especially in the light of Dana White’s recent statements “I don’t think Conor wants to fight until August, but if he waits until August or September, that’s around two years since the belt has been defended, and that can’t happen,” White said.

“Not only to the sport, but to the other fighters. This is game of time. Time is your enemy in this sport, or any other sport”. “When you’re a professional athlete, time is your enemy, and we can’t let this thing go on forever and not give other guys the opportunity.“Tony Ferguson has been around for a long time and has earned his dues, Khabib has earned his dues, and the list goes on and on.”

Russian site Tass claims a source close to Dagestan fighter Nurmagomedov has revealed an April 7 showdown has been agreed upon and will happen in New York, with McGregor left empty-handed in light of Dana White’s recent statements, and the stripping of Conor’s belt will apparently happen in Boston during or after UFC 22O.
The fight will allegedly get announced at the UFC show on Sunday in Boston where Francis Ngannou challenges Stipe Miocic for the heavyweight belt.

However MMA India’s Chamatkar Sandhu who’s currently in Boston to cover UFC 220 for www.mmaindia.com spoke to Khabib’s manager Ali Abdelaziz earlier today “who firmly and strongly denied that a deal had been done with Tony Ferguson for UFC 223 taking place on April 7th in Brooklyn, New York. As things currently stand there are a few things that still need to fall in place and reports have been confirmed and apparently later this week the UFC will officially announce that Conor McGregor will be stripped
of the UFC lightweight championship and then Tony Ferguson and Khabib Nurmagomedov will fight for the undisputed title.”