Will Fleury dismisses Tarek Suleiman’s challenge: ‘I wouldn’t even spar with him’ 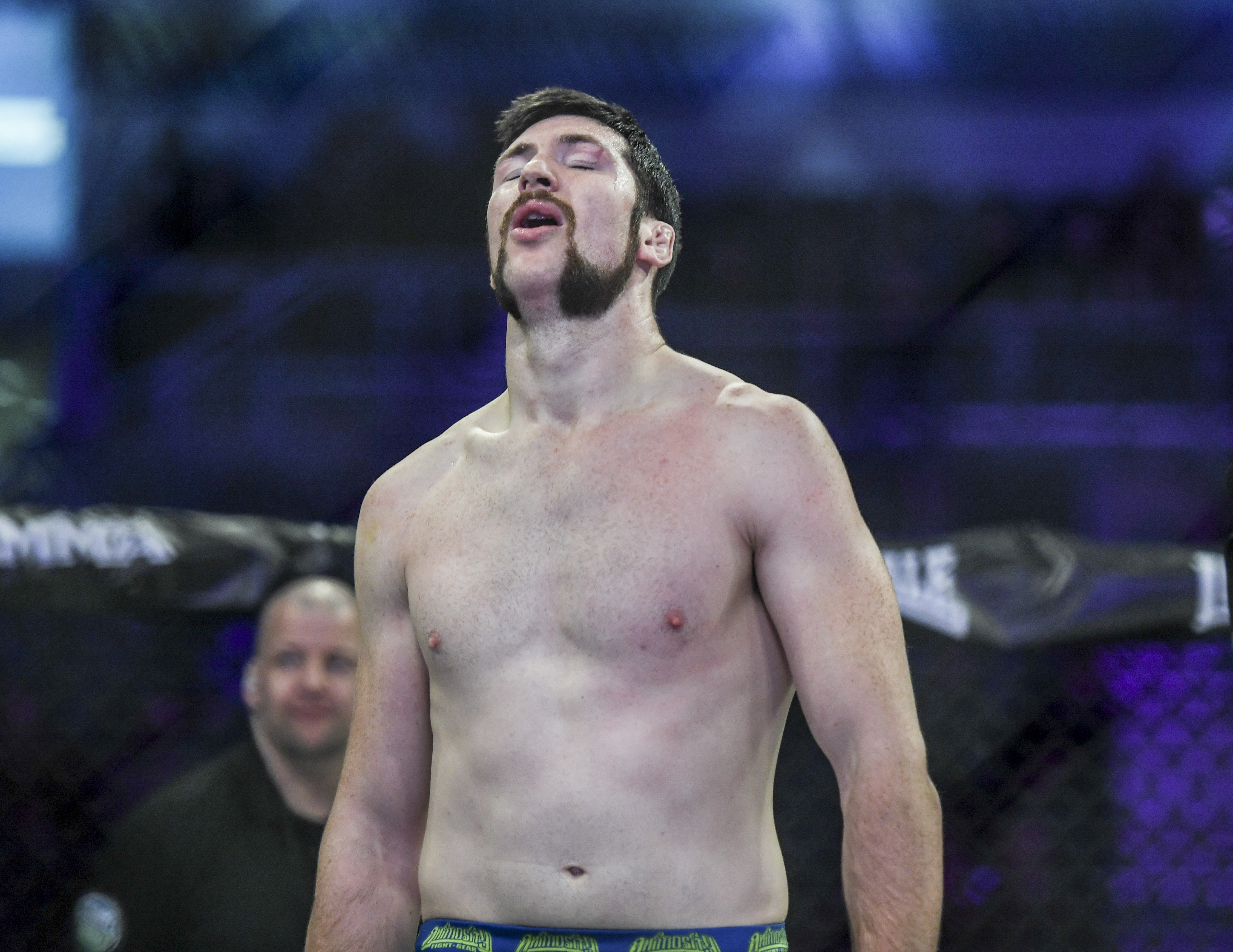 Will Fleury is set for his Brave Combat Federation debut, which will happen at Brave 10: The Kingdom Rises, in Amman, Jordan. On March 2nd, the Irish prospect will face off against Syria’s Tarek Suleiman, who recently said he was going to expose his opponent, and claimed he was far from being “special”.
For his part, Fleury laughed off Suleiman’s taunts and invited him to try and expose his flaws, while dismissing him as an adversary, claiming the Syrian wasn’t even on his sparring partner’s level.
“He’s extremely average. I expect a quick and clean finish. If not, it will be a tough night Suleiman. Please, Tarek, do try and expose my flaws. I love working on them. But I’ve watched your last fights and I genuinely wouldn’t even spar a guy like you. It would be cruel, and Coach John (Kavanagh) doesn’t like that sort of thing”, commented the Irishman.
Fleury, who fights out of SBG Ireland, alongside Brave Bantamweight contender Frans Mlambo and MMA superstar Conor McGregor, also says he’s worried about Suleiman not showing up on fight night.
“I fight like a scorned man with vengeance on my mind. Tarek Suleiman needs to show up. That’s it. Everyone from the Middleweight division should stay ready to fill in for him because I have a feeling he will pull out”, said Fleury.
Brave 10: The Kingdom Rises marks the promotion’s first show in Jordan, home to some of Brave’s most decorated fighters, and the seventh country to host a Brave Combat Federation event, after Bahrain, Brazil, the United Arab Emirates, India, Kazakhstan, and Mexico.
Photo credit: KO Media
Brave 10 Full Fight Card:
Featherweight title bout: Jakub Kowalewicz (Poland) vs Elias “Smile” Boudegzdame (Algeria)
Welterweight bout: Jarrah Al Selawe (Jordan) vs David Bear (France)
Lightweight bout: Charlie Leary (UK) vs “The Pride of Palestine” Abdul Kareem Al Selwady (Jordan)
Welterweight bout: Mohammad “The Latest” Fakhreddine (Lebanon) vs Tahar “Fast Hands” Hadbi (France)
Welterweight bout: Pawel Kielek (Poland) vs Tyler Hill (USA)
Bantamweight bout: Felipe Efrain (Brazil) vs Frans Mlambo (Ireland)
Featherweight bout: Dylan “The Nuke” Tuke (Ireland) vs Sodiq “Super” Yusuff (USA)
Bantamweight bout: Jalal Al Daaja (Jordan) vs Crisanto Pitpitunge (Philippines)
Catchweight bout (74kg): Mohammad “The Killer” Ghorabi (Lebanon) vs Gadzhimusa “Deadshot” Gaziev (Russia)
Middleweight bout: Tarek Suleiman (Syria) vs Will Fleury (Ireland)
Bantamweight bout: Nawras “The Honey Badger” Abzakh (Jordan) vs Abdul Hussein (Finland)
Middleweight bout: Chad “Superman” Hanekom (South Africa) vs Ikram Aliskerov (Russia)