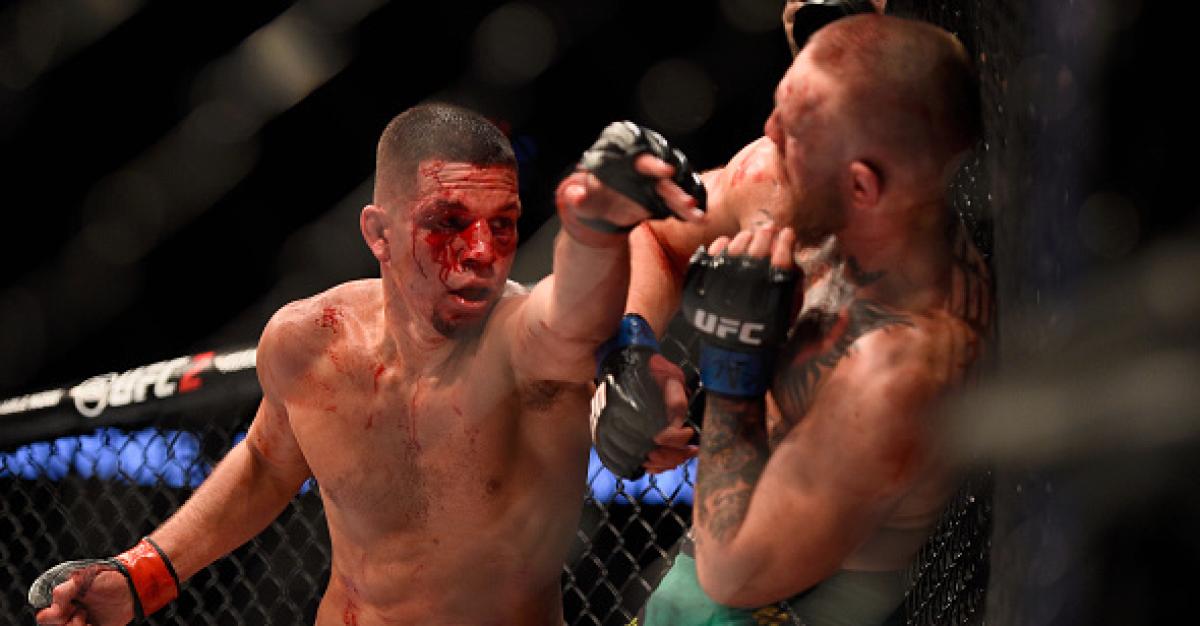 Nate Diaz seems to have enough of sitting around if one is to go by his Instagram statement and seems to be itching to make a comeback.
https://www.instagram.com/p/BeUKqYtH-uL/?hl=en&taken-by=natediaz209

Nate Diaz seems to have had enough of waiting for the rematch with Conor Mcgregor now that they’re 1-1 after the last fight at UFC 202 went Conor’s way via majority decision, after Nate’s famous win at UFC 197.

Now Nate Diaz’s name did get attached to potential fights with both Tyron Woodley at welterweight and Tony Ferguson at lightweight both of which did not fructify for various reasons.

Now Nate Diaz has been waiting for a long time for Conor Mcgregor to come back to the table and Conor has admitted on various occasions that the trilogy fight with Nate is on his mind. For various(and perhaps obvious) reasons, Dana White has never been keen on the trilogy fight but would perhaps have gone along if Conor wanted it. Now let’s not forget that Nate Diaz is a very popular guy with MMA fans and has millions of them…a true MMA/UFC star in his own right.

Now that Khabib Nurmagomedov and Tony Ferguson are fighting each other…for a belt…don’t ask us whether it’s the real one or interim belt…no one seems to know…but the fact is that they are fighting on UFC 223 and if Conor hasn’t spoken up til then, the person who wins the Khabib-Tony fight will be crowned the undisputed champion which means Conor and Nate’s return could somehow coincide…you get where we’re going with now right?

Khabib vs Tony and Conor vs Nate and the winners fight each other for the undisputed title.

Pinch us cause we don’t want to wake up from this dream.
https://www.instagram.com/p/BeUII3OHlcP/?hl=en&taken-by=natediaz209