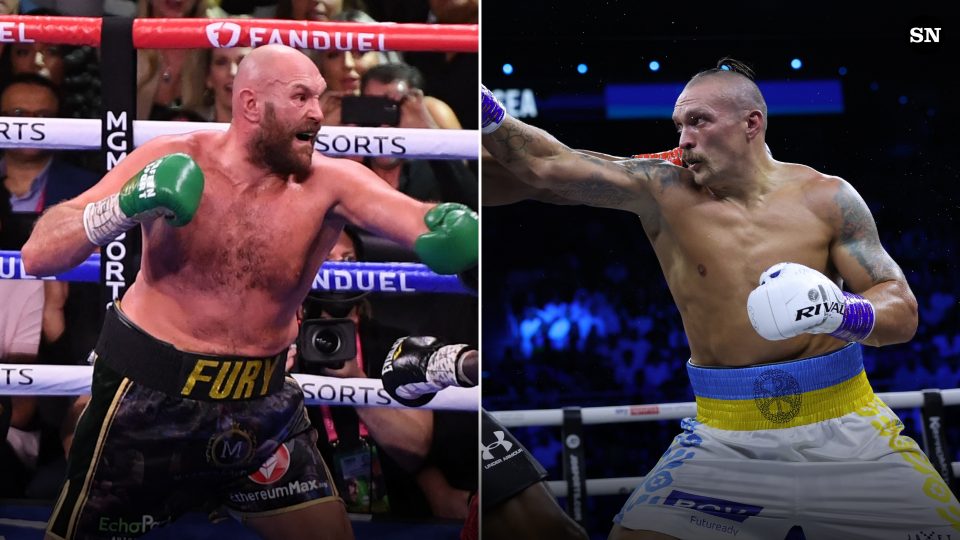 Looking back at the history of professional boxing, the heavyweight division right now has peaked onto an exciting strata. On one hand, we have Oleksandr Usyk – the reigning unified champion who holds the WBA (Super), WBO, IBF and IBO titles and on the other hand, the WBC belt shines bright around the waist of Tyson Fury.

Two of the best ever in the sport, Fury and Usyk are now in constant dialogue about a potential heavyweight title unification bout, which will bring Fury’s WBC title together with Usyk’s WBA, WBO and IBF belts. The one to win the super fight, will make history for being the first boxer to hold all four major world titles in the heaviest weight class, becoming the first undisputed four belt heavyweight champion in history.

Fury, who has also been the unified (Super), WBO, IBF and IBO champion in the past, clinched the WBC belt in the second encounter against Deontay Wilder in 2020 February and since then, has made two dominating title defenses- first against Wilder in their trilogy in October 2021 and then against Dillian Whyte back in April, which also marked the Briton’s 32nd career victory. Now you can also be a winner in the vast sphere of online casino and to get started, check out the various casino slots.

“The Gypsy King” had been in conversations earlier about the undisputed clash when Anthony Joshua was the unified champion, but died down since AJ’s consecutive setbacks against Usyk. Even though he announced retirement from boxing on his 34th birthday this 12th August, the talks about a shot at the historic undisputed title will be bringing him back to the squared circle.

Usyk, on the other hand, is the first undisputed four belt cruiserweight champion in history. Hailing from Ukraine- the country which has churned out multiple world champions such as former heavyweight world champions Wladimir and Vitali Klitschko, as well as former three division champion Vasiliy Lomachenko, there’s no doubt that the hunger for the undisputed heavyweight crown pushes ‘The Cat’.

The last time boxing had an undisputed champion was all the way back in 1999 during the three-belt era, when Lennox Lewis defeated Evander Holyfield in their rematch to win the WBC, WBA and IBF titles. This makes Fury vs. Usyk a historic event in the sport.

Both boxers are undefeated and are in their primes right now. While Fury has been the outright favourite against everyone he has faced since Klitschko back in 2015- except for his first two encounters against Wilder. Even though it is expected for him to walk into the squared circle against Usyk as a favorite as well, there’s no reason to underestimate the Ukrainian as the underdog, as he took down Joshua as the underdog in their first encounter the previous year.

Since the talks of Fury vs. Usyk has set in motion, the boxing world has been split in their predictions of the fight. There are the likes of Deontay Wilder who is favouring his former rival Fury and claims that his size is the plus point over Usyk. On the other side of the coin, boxing promoter Eddie Hearn feels its Usyk who will be the first to solve the Gypsy King puzzle.

While all of Fury’s recent fights have been outright dominating, Usyk has proved his worth in the ring time and again and can potentially become Fury’s toughest opponent till date. On the contrary, Fury has outboxed even as an underdog and coming from AJ, it will be the biggest jump in difficulty for Usyk when he faces the Briton.