Winless Angela Magana gets cut from the UFC 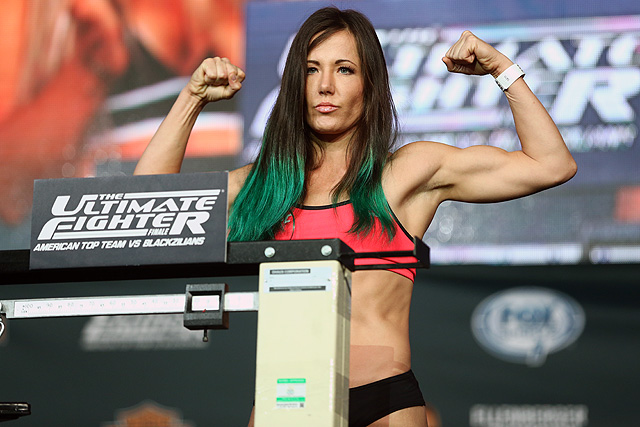 Angela Magana, the UFC fighter, more famous for her run in with Cris Cyborg then wins inside the Octagon…maybe that’s because she didn’t have any…has been cut from the UFC roster after a 0-3 loosing streak which culminated in a loss to Amanda Cooper at UFC 218 and included Michelle Waterson and Tecia Torres.

She was infamous for her run in with Cris Cyborg, going after her on twitter, and then allegedley getting punched in the face by Cris Cyborg at International Fighters Week.

She announced her release with the following tweets.

I immediately asked for a rematch with #ufc and they have released me after dropping 3 losses in a row. I'm thankful for the opportunities afforded to me through my journey with @ufc and am currently headed to the gym to train for my next win. #yourmajesty

I've been fighting since before #ufc and I'll keep fighting, my only concern is competing and growing, the UFC stage is a side effect of that. I have people flooding my inboxes and even more money to fight. More money less competition hmmmmm???

Previous articleUFC Fight Night 123 Swanson vs. Ortega: 5 Fights to watch out for
Next articleJOANNA NEARLY DIED CUTTING WEIGHT FOR UFC 217