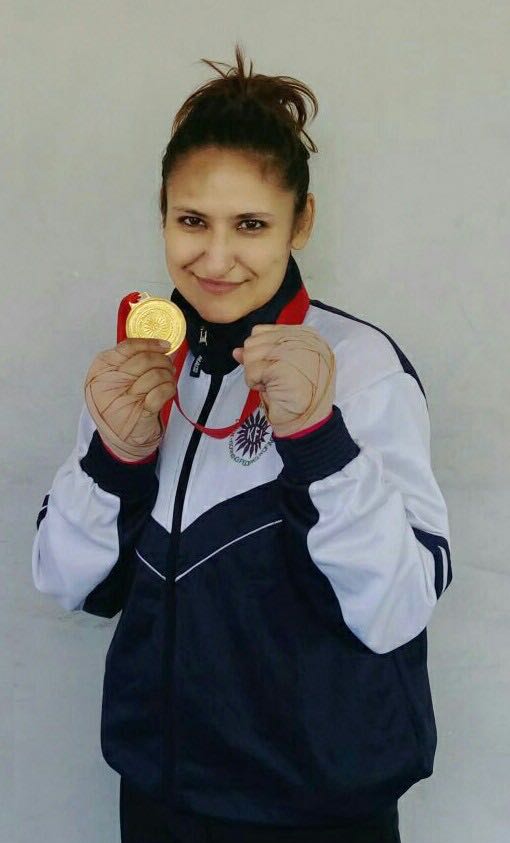 As a 7th standard child in India, I remember my breast being groped on the bus. I remember walking through the Dussera Fair, dressed “decent” in a salwar kameez, and being groped and felt up.

These experiences have left a deep scar, coloring every experience, activity and achievement.

“Violence against women is as old as the history of humanity” They say.

As a society on the brink of greatness, women are leading the country to new heights. With this departure from the traditional norm comes great reward, with great risk.

Desperate times calling for desperate measures made me look at what’s out there, to help me defend myself, be more confident, give me a sense of well-being, (and lose a few Kgs for good measure;)

Enter MMA: A full contact sport – defined as a blend of striking and grappling, it uses techniques from other combat sports and martial arts.

As an out of shape, overworked mom of 2, joining a class full of men was daunting to say the least. The first 3 months, I worked on my basic physical fitness. My jumping jacks were limited to 5, 10 squats had my legs shaking, and my “push-ups” were more like “lie-ins”.

The fact that I was the only woman in class, forced me to prove myself once again. I took no short-cuts. I did everything to the max of my ability and endurance, collapsing in a bundle of sore muscles every night.

The hard work paid off. I dropped 7 kgs in the first 3 months. I felt incredible. The more I went to class, the stronger I got. I no longer had to ask people to lift my suitcase, I travelled the world for business, all the while knowing that I could beat anyone up, and worst case, had the stamina to run to safety!

And that was the beginning. 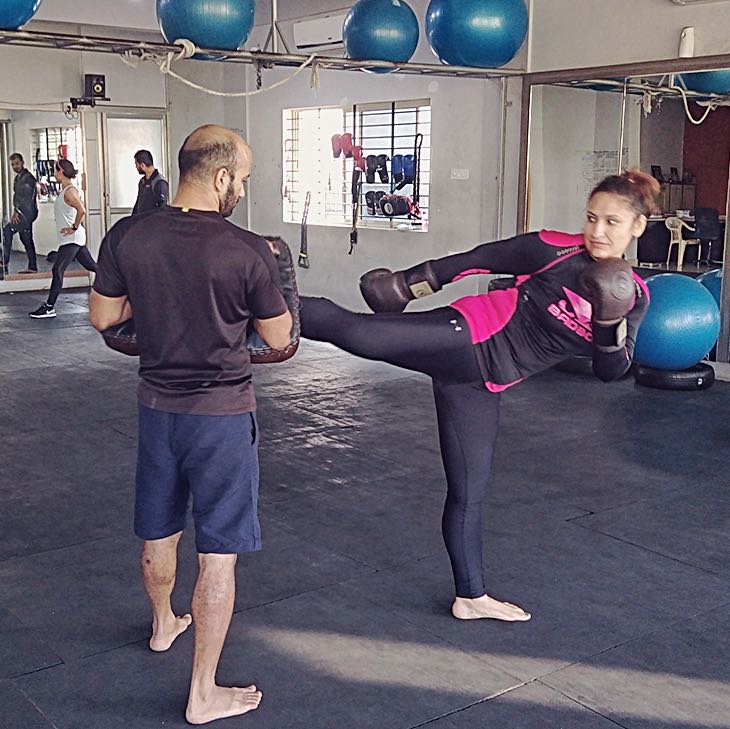 My journey in MMA training has been long and varied. I trained with Team Genesis in Mysore at VO2Max, but never really wanted to compete. For a while, I continued with my initial goals of building strength and confidence. In the early days, ever present were Coach Samith Bhat, and fellow team-mate Basavesh, with their undying support to all my decisions. After a year of training, something in me moved. I wanted to compete.

All it took was one word, and the entire world of competitive MMA opened up. Team Relentless in Mumbai welcomed me with open arms, and training with Jitendra Khare and Chitanya Gavali was a dream come true. Vasuki Fitness and Gauri Murthy’s Nutrition banded together to make sure I was on an optimum diet for my goals. RedCage in Bangaluru, headed by Powerlifting Champion Sujay Janardhan, opened his doors to strength training this woefully weak girl. Pinakin Ayare from VO2Max and Aarabhi from Brunga Physio, were always just a phone call away for a quick patch-me-up before training sessions.

It truly took a village, a network of experts around India to help me find my inner fighter. They gave me the structure to gain confidence for my first fight. And what a fight it was! The day will be etched in my memory for all time. The ring, set as a stage on December 28th, late in the afternoon, in the cold Patna air, Pataliputra Sports Stadium, Bihar, looked intimidating. The crowd was alive, and electrifed. Every punch, every kick, was backed by the strength of my kids, my coach, my team mates, my parents. And when I was declared the winner, I felt like I was alive for the first time, in a long time. Just as Siddhartha long ago was reborn as Buddha, I too felt reborn, a warrior. 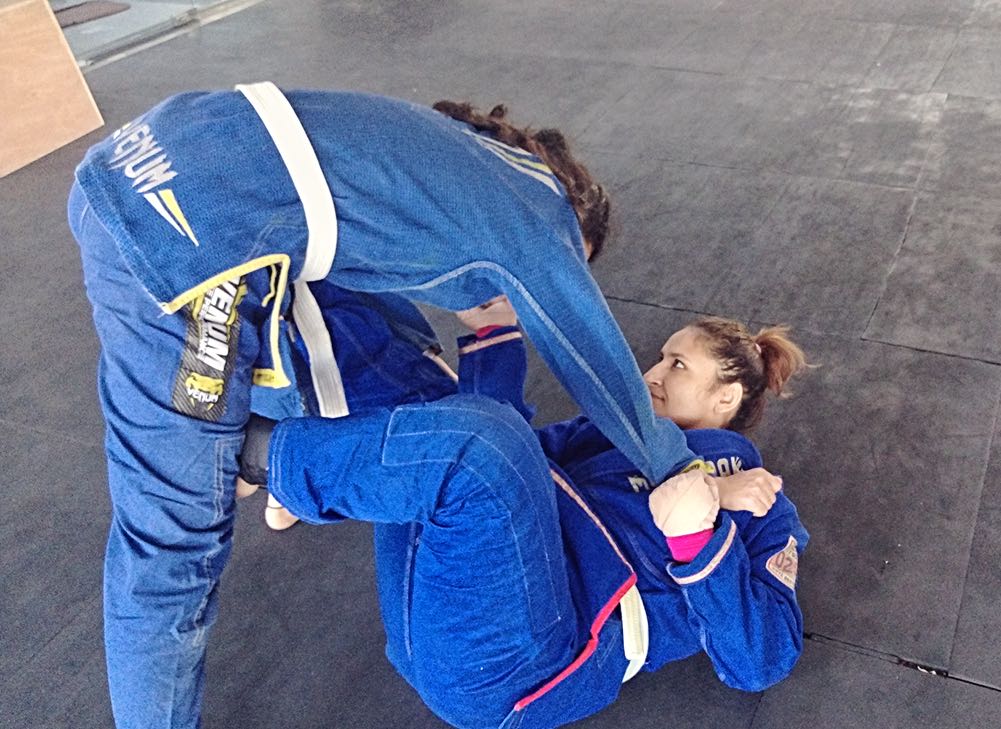 I was, and am a woman obsessed. My 2 hour workout now tops 5 hours. Everyone who meets me pegs me 15 years younger than I am, and I’ve lost count of the kgs I’ve lifted. I’ve found friendships, passion, camaraderie, in this slice of the world and I can’t see myself doing anything else.

Indian women have a long, hard road ahead. It is easy to play Ostrich and bury your head in the sand, blame everyone else for society’s shortcomings, and play damsel in distress. I refuse to be part of a system where I cower in the corner, trembling like a lamb. You can’t change the world, but you can change how you react to it. Recent molestations in Delhi, Bangaluru and across India, do not define us, do not confine us. Step out of  the shadows and make a difference.

For yourself, and for the millions of 7th standard girls out there, be a positive role-model, and stop playing the victim. The choice is yours.