WATCH: Wonderboy destroys a bodybuilder with his leg kicks 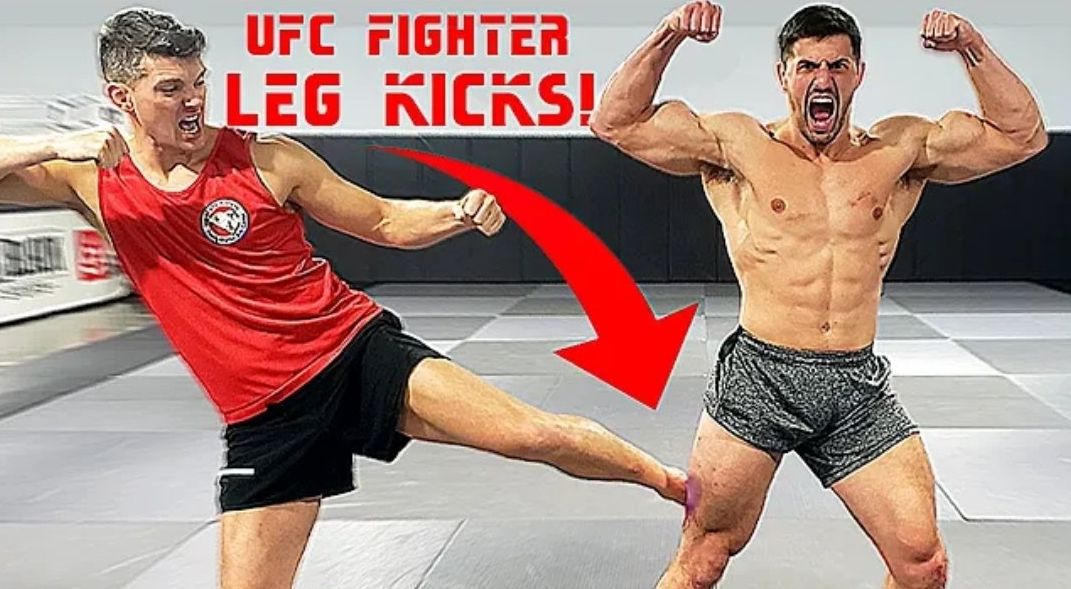 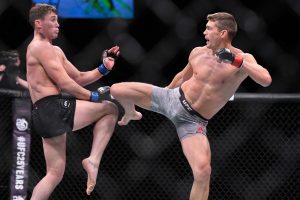 In an episode of Bodybuilder vs MMA challenge by Houston, he took up the challenge to see how many leg kicks he can take from a UFC fighter. Jones did not just choose to take kicks from any UFC fighter, but from one of the best strikers in the game, Stephen Thompson. In a joking remark, Jones said that this would destroy an average person, but didn’t do much to him, which doesn’t seem to be the case in the video.

In the beginning of the challenge, Houston Jones uses pads to protect himself from Wonderboy’s kicks. However, the first kick that Stephen lands pierce through the pads and hurts Jones so much he starts trembling already. He then takes another kick with the pads and falls down. He later turns up the intensity of the challenge and decides to take the kicks without the pads, to see how many bare kicks he can take from a UFC welterweight contender.

The first kick Thompson landed put Jones in so much pain he sobbed to the ground. He then took another one after which he started walking funny and limping. By the time he ate the 6th kick, Jones’ thighs had a nasty bruise on it. He then showed us what the bruise looked like a week later, and it was just as bad, or even worse. Jones also posted a video of him sparring with Stephen Thompson earlier.

Wonderboy to take on Geoff Neal

Stephen Thompson is set to take on his next opponent Geoff Neal at the UFC event scheduled on December 19. Thompson has a record of 2-2 in his last four fights, including a win over the BMF Jorge Masvidal. He was set to fight Leon Edwards, who was later confirmed to fight Khamzat Chimaev.

Who do you think wins between Wonderboy and Geoff?