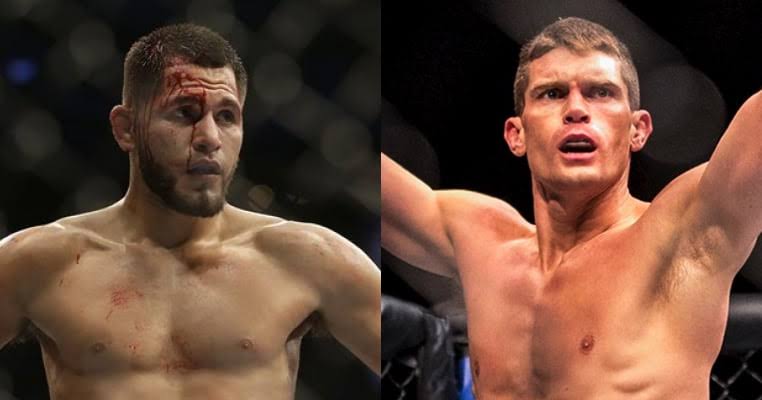 The UFC welterweight division is absolutely stacked with top contenders establishing their cases to the point that many questions are being raised. Some of them were answered last weekend as former interim champion and #2 ranked Colby ‘Chaos’ Covington defeated former champ Robbie Lawler to cement his case fighting for the title.

However also in the conversation was #3 ranked veteran Jorge ‘Gamebred’ Masvidal coming of two brutal knockouts, one being the fastest in the history of the UFC. Other being #4 ranked Brit Leon ‘Rocky’ Edwards who is currently riding an eight-fight winning streak. Speaking in an interview with MMA Junkie, former two-time title challenger Stephen ‘Wonderboy’ Thompson gave his honest evaluation as to why he believes Edwards deserves the shot before Masvidal. 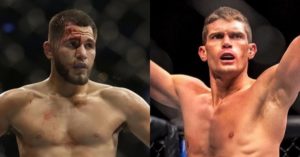 “Leon Edwards is on an 8 fight winning streak, wow,” he said. “So he could possibly be fighting for the title. I know everyone’s talking Masvidal, but he’s had two wins and his third loss was me at MSG. I think there are other people more deserving of the title, but he’s put on some good shows and knocked out some good people so you never know.”

Wonderboy is coming of a loss against former lightweight champ Anthony ‘Showtime’ Pettis in March. He is aiming for a return at UFC 244 in November at Madison Square Garden.

Previous articleWatch: Lauren Murphy all praise for Cris Cyborg after UFC release
Next articleDC undecided on Jon Jones trilogy fight: I’m at a different time in my life