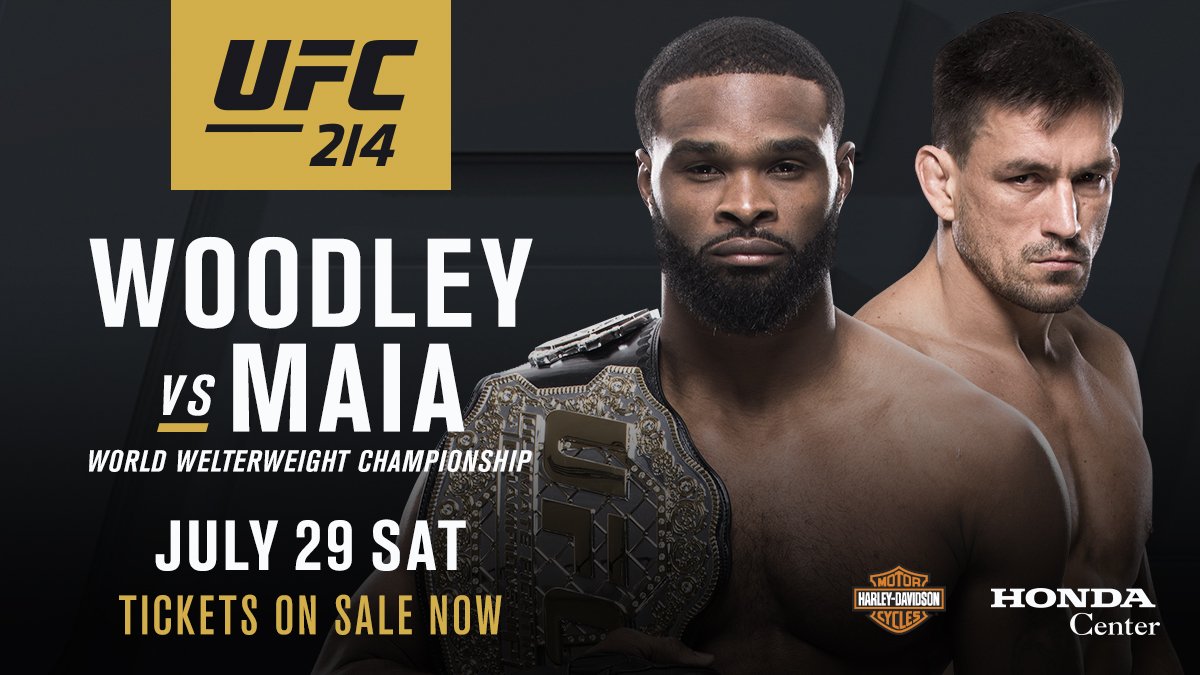 admin
- Advertisement -
UFC 214 is surely turning out to be the fight card to watch out for as another fight,welterweight champ Tyrone Woodley vs Demian Maia, has been added to the card.

This is a fight which has been in the making for some time now. Demian Maia first waited on the sidelines after defeating Carlos Condit and after waiting for some time, accepted a fight against Jorge Masvidal, who he defeated in a somewhat contested decision.

This was while Tyrone was busy wrapping up business with Stephen ‘Wonderboy’ Thompson and then hoping for a money fight against middleweight champ Michael Bisping, which never materialized.

Both men will face each other for the belt on July 29th in Anaheim, California.