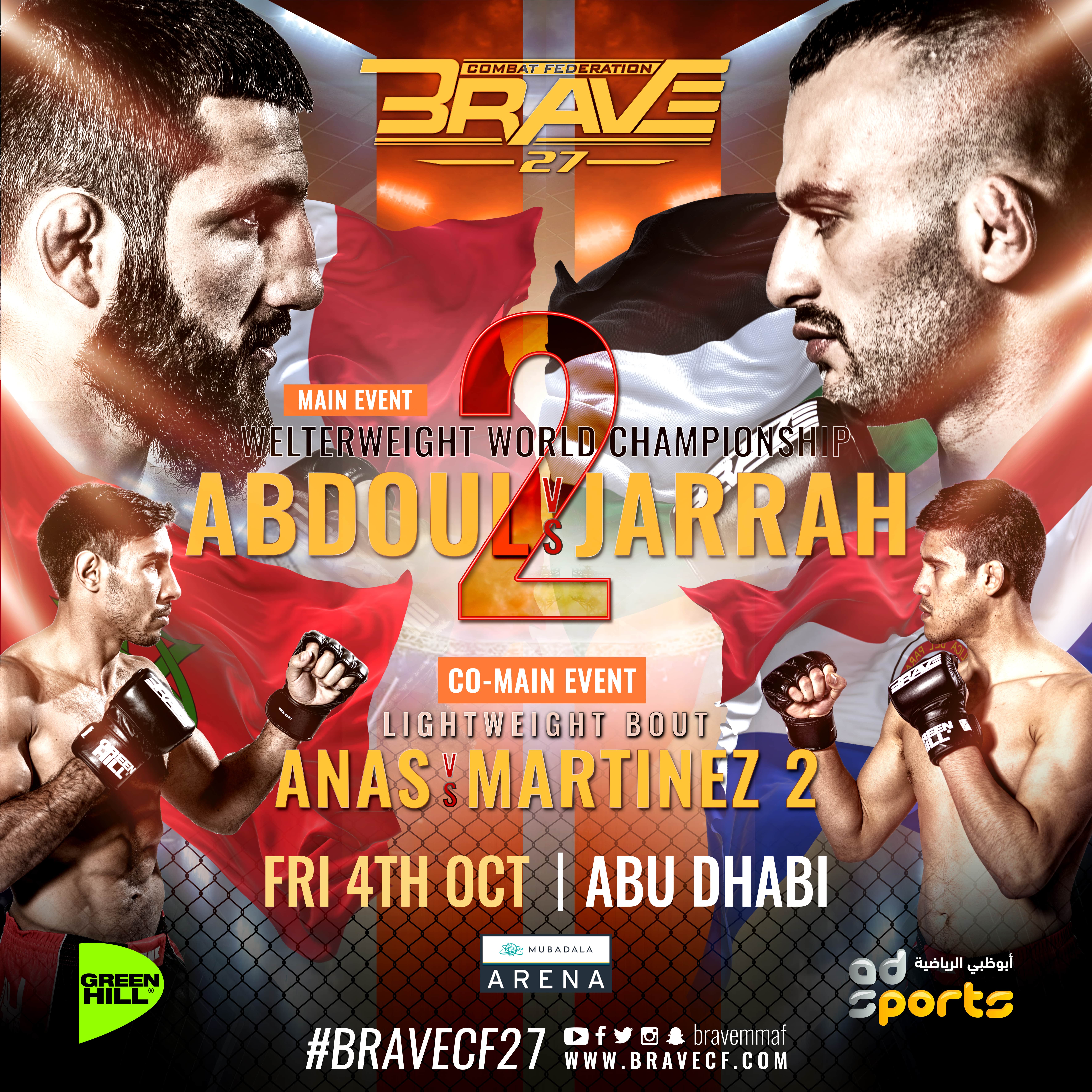 Grappling phenom and reigning BRAVE CF Welterweight world champion Abdoul Abdouraguimov is a man on a mission. He has promised to erase any doubts remaining with regards to him being a superior fighter to his first challenger Jarrah Al-Selawe, when the two meet in the main event of BRAVE CF 27. The show takes place at the Mubadala Arena, in Abu Dhabi, on October 4th.
The duo first met with Al-Selawe as the champion in the main event of BRAVE CF 23, in Jordan, last April. Their bout was an instant classic, with Abdoul dominating early on, before being on the brink of a stoppage defeat in the later rounds. In the end, the judges felt he had done enough in the first frames to become the new world champion. 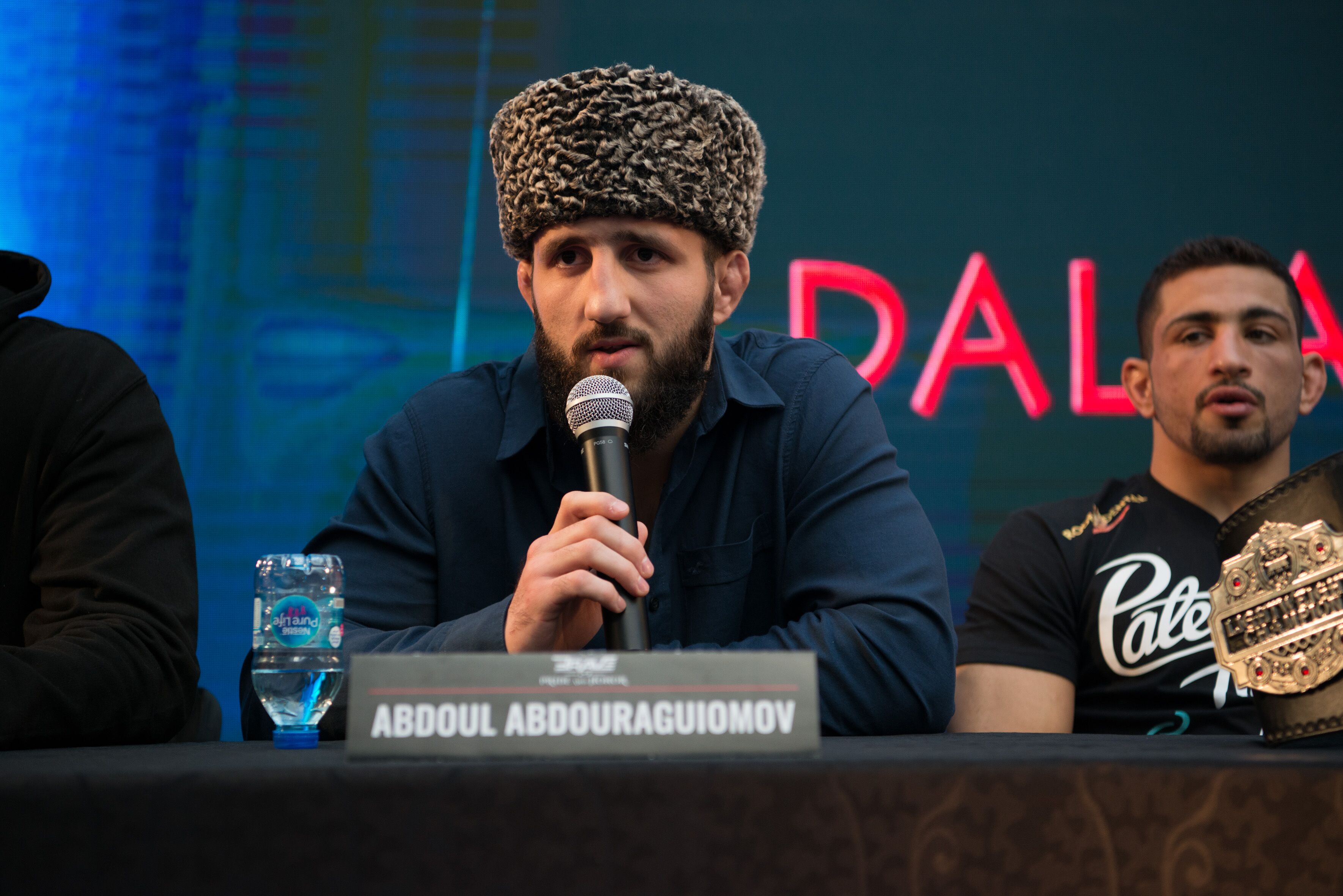 The decision didn’t go down well with the Jordanian fans and with Jarrah, who has campaigned for another go at the new champ during the last few months. “The Conqueror” has granted an immediate rematch to the former champion and guaranteed the fight will end quickly.
“My wishes for the rematch are basically to erase any doubt and silence everyone who thinks I don’t deserve this belt. This fight will end quickly. Fans will see this fight as a killer. The last fight I took it too lightly. I thought it would be easy, and it was, but not as much as I thought. So for this one, everyone will see me hungrier than ever for victory”, said Abdoul. 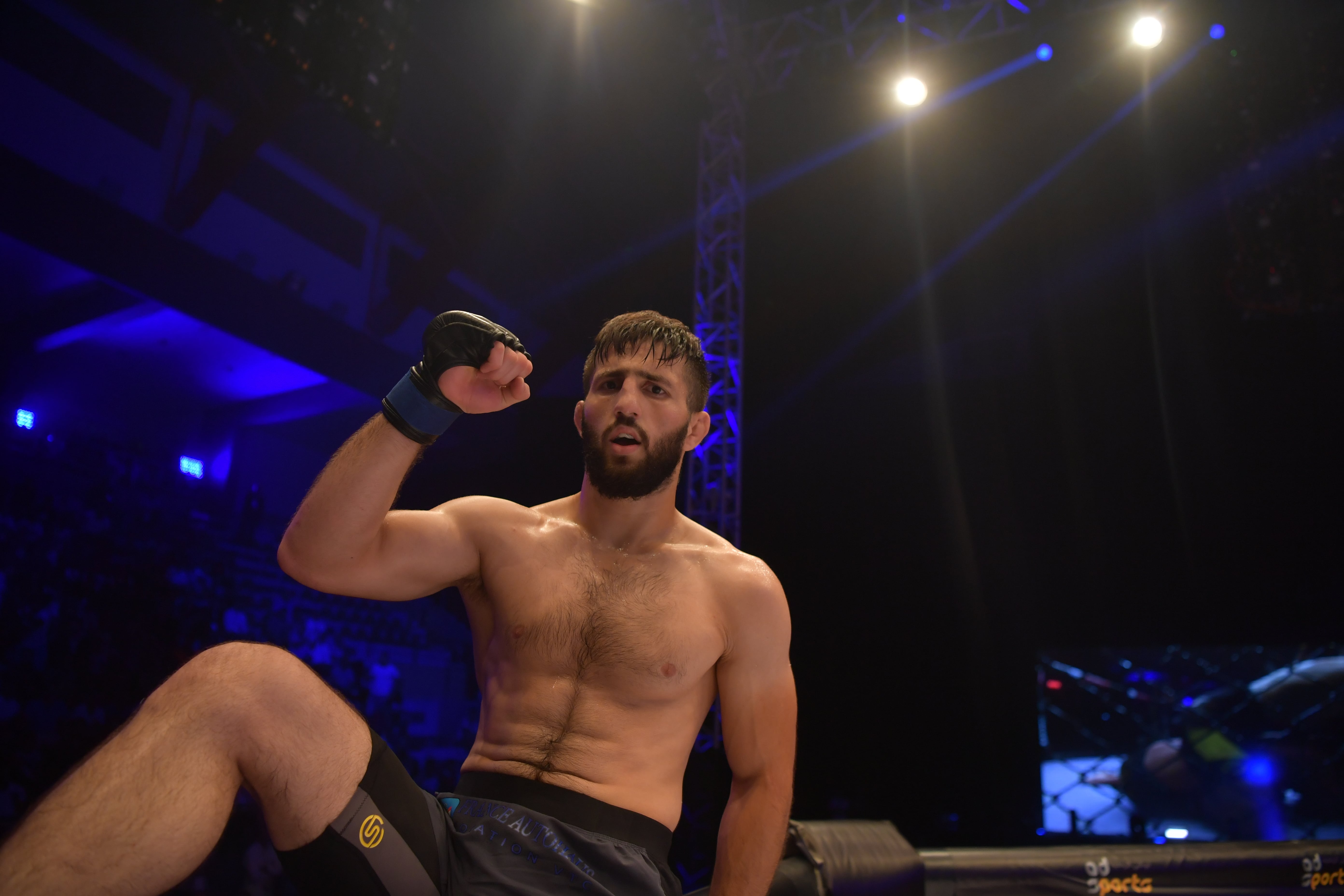 The French-Russian powerhouse is still undefeated as a professional and has enjoyed three victories for BRAVE CF. Known for his grappling credentials, he has won several titles at national and continental level in the jiu-jitsu circuit and is excited to showcase his moves in front of Abu Dhabi, a historic city for Brazilian jiu-jitsu and combat sports in general.
“I’ve always dreamed of fighting in Abu Dhabi, for everything it represents. Now that BRAVE CF has made this dream come true, I won’t waste the opportunity. I learned in the last fight that I must be meaner, I can’t let my opponent survive when I dominate him, and this is a lesson I will take to the cage on October 4th”.
Apart from the biggest rematch of the year, BRAVE CF 27 will feature several huge Arab MMA names, as the promotion continues to heat up the MMA scene in the region. The fight card will have names such as Anas Siraj Mounir, rematching Alex Martinez at Lightweight, Khamzat Chimaev, who moves up to Middleweight to take on internet sensation Mzwandile Hlonbwa, as well as top Arab fighters Mohammed Fakhreddine and Tarek Suleiman, who face off against Ikram Aliskerov and Rustam Chsiev, respectively.

Previous articleFloyd Mayweather says he is working on a exhibition match with Manny Pacquiao
Next articleUFC: Cowboy: ‘I’m going to get the belt. It’s going to happen!’