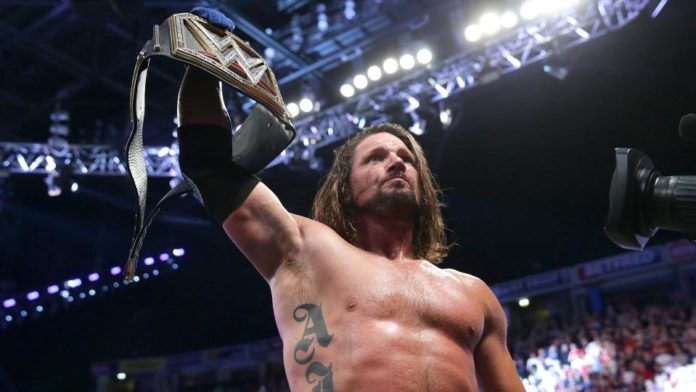 WWE Champion AJ Styles was recently interviewed by Raute Musik. Styles discussed a number of topics related to his career and revealed his opinions on several matters.

Currently I see no reason why not. As long as I’m fit and can be AJ Styles and play for WWE as a superstar, I’d love to do that.

Styles was asked who in his opinion could become the next breakout star in the WWE. Here’s his response to the question:

Well, that’s hard to answer. Maybe these superstars are not even working for WWE at the moment, and maybe these people are the future of WWE in the next few years.

You do not know when this one person gets the confidence in himself and then also the trust of WWE and the fans. You absolutely have to convince both the microphone and the ring.

That’s why it’s hard for me to say he or she will. It is very hard to guess.

Rumours suggest that post-WrestleMania 34, Styles will be drafted to Monday Night RAW as a part of the “Superstar Shake Up” program. Here’s what the Phenomenal One thinks about the concept of Superstar Shake-up in general:

Generally it’s a great thing. You have the opportunity to build new storylines and feuds that are still fresh and could not take place yet, as there are two separate roster.

This mess of dice makes it even more interesting for the fans, and that’s the main thing!

Finally, Styles was asked to pick his dream opponent for WrestleMania, from any era of his choosing:

Wow, that would be nice. Then I would probably opt for the Undertaker or Shawn Michaels.

Previous articleWWE: What to look forward to on tonight’s episode of SmackDown
Next articleWWE: Shane McMahon is injury is most probably legitimate