WWE: Big E reveals the reason behind the chemistry between Usos and The New Day 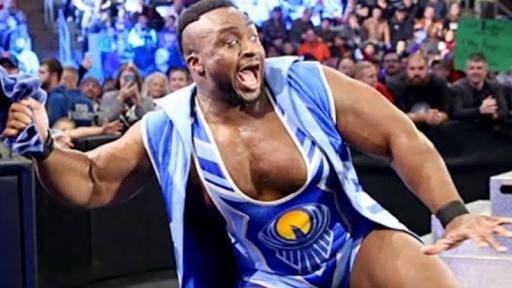 Since New Day joined Smackdown Live during the “Superstar Shakeup”, we have been able to see some really good matches between The trio of Kofi Kingston, Xavier Woods and Big E and the brothers named Jimmy and Jey. 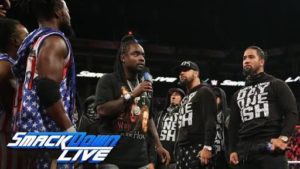 During the period when the “land of opportunities” became the “land of stagnation”, they were the some of the only wrestlers who kept us entertained. Whether the classic matches or the awesome rap battle, any showdown between the fun loving, pancake eating trio and the evil brothers have been a huge hit for the fans.

‘There is a real friendship there, and a real brotherhood, and I have known those guys since I was signed’, Big E explained, ‘the Usos have a very similar perspective on what wrestling should be and on how great tag team wrestling is done, and I can’t thank those guys enough for being the best dance partners imaginable’.

Tag team wrestling is not a easy task. It can be boring, but when done right, it is unimaginably interesting, as seen in the recent match between Golden Lovers and Young Bucks. Clearly, all 5 members of New Day and Usos combined are talented and experienced in the art of tag team wrestling.

Their rivalry has not ended yet, as they will face off at The “Grandest Stage Of Them All” at a tag team match for the Smackdown Tag Team Championship. The match also involves Bludgeon Brothers. One thing about that match is sure, Usos and New Day will find a way to make the match interesting.

Previous articleWWE: Road Dogg to induct Jeff Jarrett into the WWE Hall Of Fame
Next articleMMA: One FC bans suplex