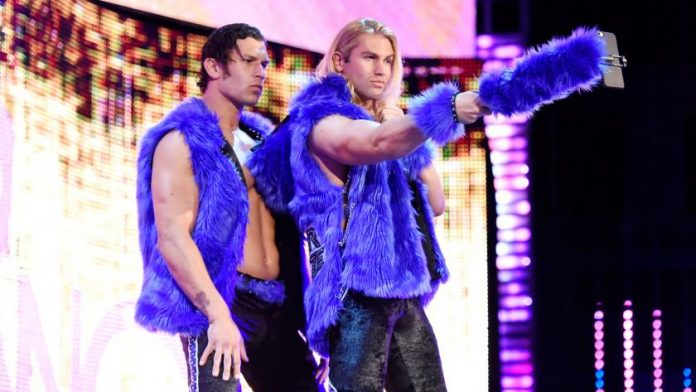 On the recent episode of E&C’s Pod Of Awesomeness, WWE Monday Night RAW Superstars Fandango and Tyler Breeze, also known collectively as Breezango were guests on the show where they talked about how they were proactive with pitching their gimmick to the WWE Universe despite not being on TV regularly, how Vince McMahon didn’t understand The Fashion Files, and more. 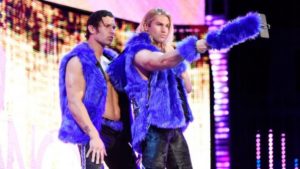 Fandango reveals how Breezango made something happen with their gimmicks without being exposed to the programming on WWE TV regulary and how they shaped their own path.

“It was just example of, like, before tagging with Breezy, you weren’t really booked on TV, so it’s easy just to sit around every week at TV and being frustrated, but I think we utilized the [WWE].com guys really well, just kind of being proactive.” Fandango continued, “and trying to almost, like, pitch our own little gimmick there and I think it’s just a good example of being proactive and just trying to make something happen. And I talk to Breeze all the time and we’re really proud of what we did because no one really gave that to us. We kind of put in the work for that.”

Tyler Breeze also revealed that Vince McMahon didn’t really understand what The Fashion Files was about, but since it was popular on social media the segment was not scrapped.

“A lot of the reason why it was a success and that it became a thing was because of social media.” Breeze recalled, “I guess we did one episode and it was kind of supposed to end after that, but I guess it was the number one trending thing on SmackDown or something like that. And even Vince, he was like, ‘I don’t get it, but the people like it, so keep doing it.’ And it was all-of-a-sudden eight months later because of social media.”

You can check out the episode on E&C’s Pod of Awesomeness here. H/T to Wrestling Inc. for the transcription.