Last week, John Cena and Nikki Bella publicly announced that they were ending their relationship of 6-years. Fans of the couple all around the world were taken aback by this news and expressed their thoughts through social media. 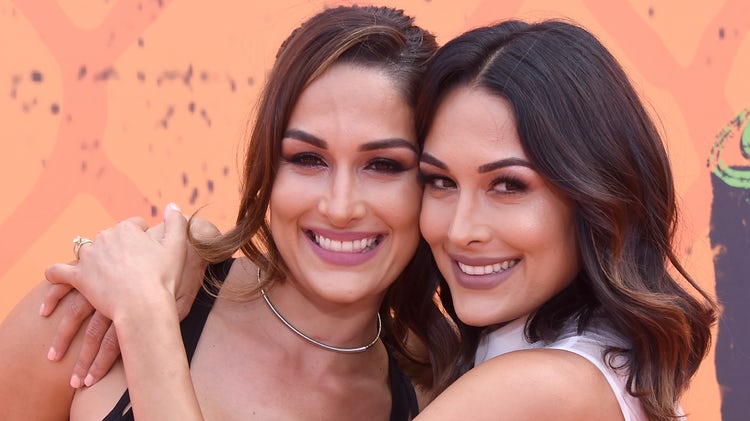 Brie Bella, the twin sister of Nikki and former WWE Divas Champion revealed her thoughts about her sister’s breakup with Cena in an interview with People.

Brie said that her sister might be hurting but she is the strongest woman she’s ever known. She also revealed that the new season of Total Bellas (a reality show that revolves around the lives of both the Bella twins) has been the hardest to film because of this situation.

She’s good, they call her fearless Nikki for a reason. She always puts on that brave face. My sister has more strength than any other woman I know, especially Wonder Woman. She’s bigger than that.

I really had to take a step back and allow it and that was really hard on me because it’s my twin. I want to protect her from everything. This has been the hardest season to film for me because all I want to do is protect her and keep everyone away, but this is what we do.

Furthermore, Brie revealed that because Nikki cares so much about her fan following, she decided that the entire ordeal should be filmed and the picture should be clear to the fans. She also said that had it been the case with herself and Daniel Bryan, they would have never let their conversations go out to the public:

I have to give a lot of credit to John and Nicole. They really opened up their lives and they really wanted to close the curtain and be like this is it, we’re done. My sister is really great with her fans in a way where she lets them connect with her. She lets them like go, ‘My life isn’t perfect and isn’t easy’ and lets them see the playbook of her life.

John and Nicole allow the fans to see some very personal conversations, that to be honest, I was mind blown about. Bryan and I both said, ‘I don’t think we’d allow them to see those conversations’ but they do. I give them a lot of credit. You get to see where they’re at today and see that unravel.

WWE: Chris Jericho reveals an idea he had for his scrapped program with Roman Reigns