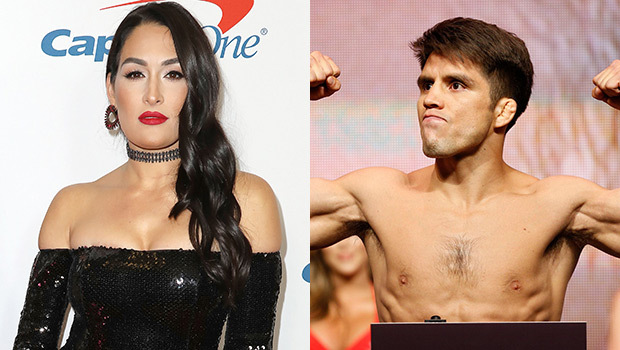 UFC flyweight champion Henry Cejudo who recently defended his title against TJ Dillashaw by knocking him out in the first round recently appeared on Ariel Helwani’s MMA show where he admitted that he has got a huge crush on WWE Diva and female superstar Nikki Bella. 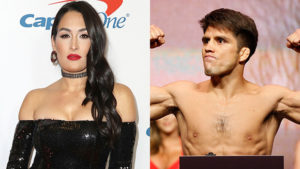 Ariel Helwani posted a video on Twitter and tagged Nikki Bella where he discussed his crush on Nikki which quickly went viral.

Dear Nikki Bella of the @BellaTwins. My friend @HenryCejudo, Olympic Gold Medalist and UFC flyweight savior, would like to get to know you, like, more than a friend. ❤️❤️❤️

Now the former WWE champion has responded and agreed to train with him and go out for few drinks.

So my streak of good luck continues thanks to the @BellaTwins … Nikki there are no more restrictions on my diet , let the wine flow , the moves fly , & our championship belts Unify … do you smell what The Messenger is cooking . 🤗🤼‍♂️ @ufc @espnmma @BellaTwins @WWE pic.twitter.com/jzArQsXrlK

“What up Henry? So, I just saw your interview on Ariel’s podcast, and I’m well. Thank you very much,” she said. “First of all, congrats on your really big win. I would like to think that maybe possibly I was a good luck charm – meeting you on the flight. I’m hoping maybe one day in Arizona you can train me before I get back into the ring because I think you have a few moves you can show me that I can really take it to the women.”

She continued, “And, hey, I know you’re cutting weight and all but maybe one day we could grab a drink or I should send you a bottle of Belle Radici wine for your victory. So, I’ll do that and again, congrats on your big victory. That was amazing.”