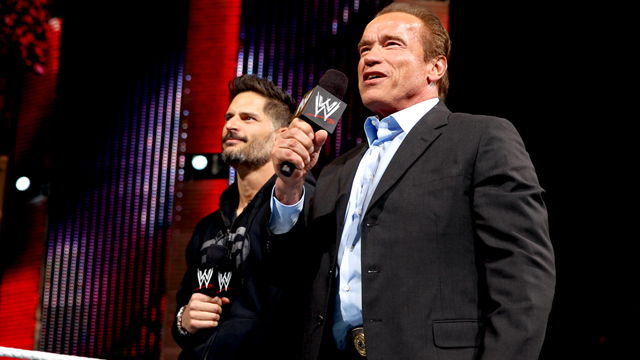 WWE Hall of Famer and renowned icon, Arnold Schwarzenegger underwent an open-heart surgery yesterday. The details of the surgery are mentioned below.

This news was first reported by tmz.com who got in touch with people close to Schwarzenegger. Here’s what they were told: (h/t: TMZ)

[The procedure was] to replace a pulmonic valve that was originally replaced due to a congenital heart defect in 1997. That 1997 replacement valve was never meant to be permanent and has outlived its life expectancy, so he chose to replace it yesterday through a less-invasive catheter valve replacement. During that procedure, an open-heart surgery team was prepared … in case the catheter procedure was unable to be performed.

Later on, Arnold’s spokesperson revealed that the Terminator star was now alright and that his first words were his iconic catchphrase, “I’m Back!”

Update: @Schwarzenegger is awake and his first words were actually “I’m back”, so he is in good spirits. https://t.co/bJ4pxqS8l6

This is not the first time that Schwarzenegger has had complications with his heart. The former Mr.Olympia had his aortic valve replaced back in the year 1997.

WWE’s official Twitter handle sent out the following to give their best wishes to Arnold:

We wish nothing but the best to @WWE Hall of Famer Arnold Schwarzenegger following his emergency open heart surgery. https://t.co/mC2xd5kPw3

Thinking of @Schwarzenegger after hearing the news of his open heart surgery today. Sending you strength for a speedy recovery my friend.

Arnold was inducted into the WWE Hall of Fame as a part of its Celebrity Wing in 2015. He has been very open about his love for the WWE and is a lifelong supporter of the company.

We wish Arnold Schwarzenegger a healthy and a speedy recovery.