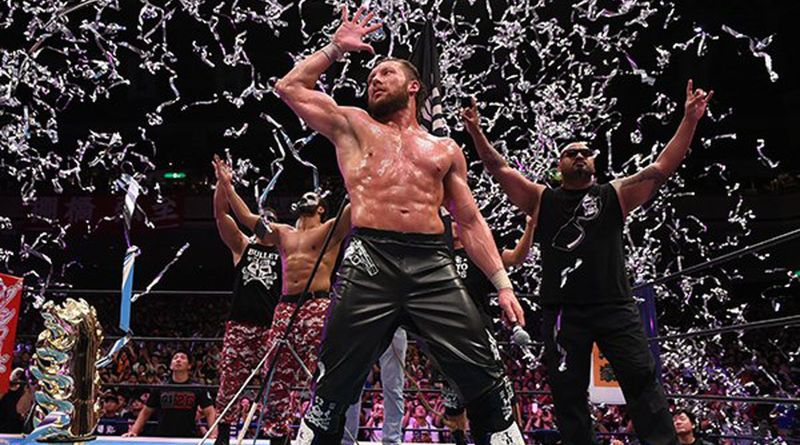 Possibly the biggest Superstar outside of the WWE, “The Cleaner” Kenny Omega has shared his thoughts on Daniel Bryan returning to in-ring competition. Omega has recently reunited with his former tag team partner Kota Ibushi and the duo will take on the Young Bucks in a highly anticipated match at NJPW’s Strong Style Evolved taking place at Long Beach, California.

Omega appeared on the With Spandex Podcast recently and the topic of Bryan’s return came up. Omega said that it was a feel-good moment and sent his best wishes to the former American Dragon: (h/t: Uproxx.com)

I mean, it’s one of the feel-good stories of wrestling of the year, that’s for sure. I don’t think there is one disappointed person that he’s coming back to the ring. I wish him all the best.

I mean, you always hope that as a fellow performer that he doesn’t push himself too hard too soon, because I think even the fans now, they want to see him happy and healthy, and they want to see the Daniel Bryan they know and love doing what he loves in the ring, and whatever it is that he does at WrestleMania, I hope it goes off really well, without a hitch, and that he has the time of his life, and the crowd there enjoys it.

Omega fondly remembered his first in-ring encounter with Bryan and said that he’d love to do it once again down the line:

He’s one of the guys that I’ve had the privilege of wrestling, I think, only one time in a singles, and that’s a moment I’ll never forget. Yeah. We had a couple multi-mans and such throughout ROH, and who knows? If this is gonna become a full-time thing for him again, I’d love to run into him down the line. He’s one of those guys that I would love to mix it up with, and even though I loved our first singles match, I’d love to do it again and make it a little different. You know?

Omega and Bryan crossed paths with each other once many years ago, before the “Yes!” Man and the “Cleaner” became who they are today. A match between the two in today’s day and age would be nothing short of a spectacle.

Yeah. With our life experiences and everything that we’ve learned and how we’ve grown up to this point, the current day Daniel Bryan versus Kenny Omega could be pretty interesting, so … But again, the name of the game is health, and I just wish him all the best.

Previous articleWWE : Jerry Lawler and Jim Ross will reunite
Next articleUFC:Ben Askren not happy with the Interim Title fight booking between Dos Anjos and Covington