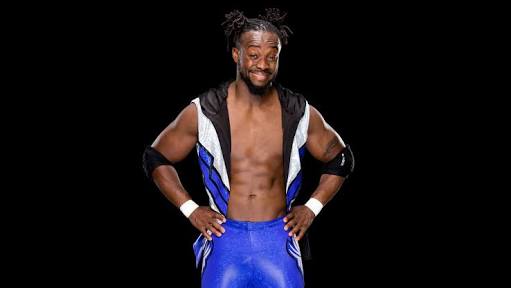 The New Day has been a revelation since their less than stellar debut. The support they got during their heel turn made them turn to the good side again, and they have been a merchandise selling machine ever since. 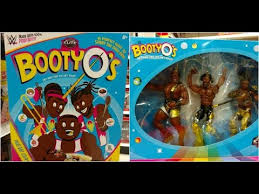 New Day also gave us absolute stellar performances in the ring, mainly against the Usos and even against The Shield. They are also great at mic, as evident by the mic time they get and their awesome rap battle with the Usos.

One of the unique concepts of New Day are the interesting names given ro things attached with them. They named a tag team move “The Unicorn Stampede”, and their cereals are known as “Booty-O” s.

Since their introduction , Booty-Os have been a tremendous merchandise seller, as cereals and as shirts. The fun fact is that no WWE creative writer was involved in the introduction of Booty-Os. A member of New Day actually conceived the idea, but who? who? who? who? Let’s find out.

On a short clip uploaded in WWE YouTube channel, Kofi Kingston revealed that Big E and Xavier Woods actually came up with the idea separately when he suggested them to find some original ways to sell merchandise.

Kofi actually did not believe that they have not acted and planned together to conceive this idea, and his mindset was not actually unbelievable. How can two people in the world get this exact same odd idea at the same time?

Kofi also revealed that the name of the cereal was given by Big E. Kofi is still amazed that Booty-O is a huge success today.

Wrestling is strange, and the fact that Booty-O was conceived by two members of the New Day independently at the same time, proves this. This coincidence was good for us, I mean “they make sure we ain’t booty”!