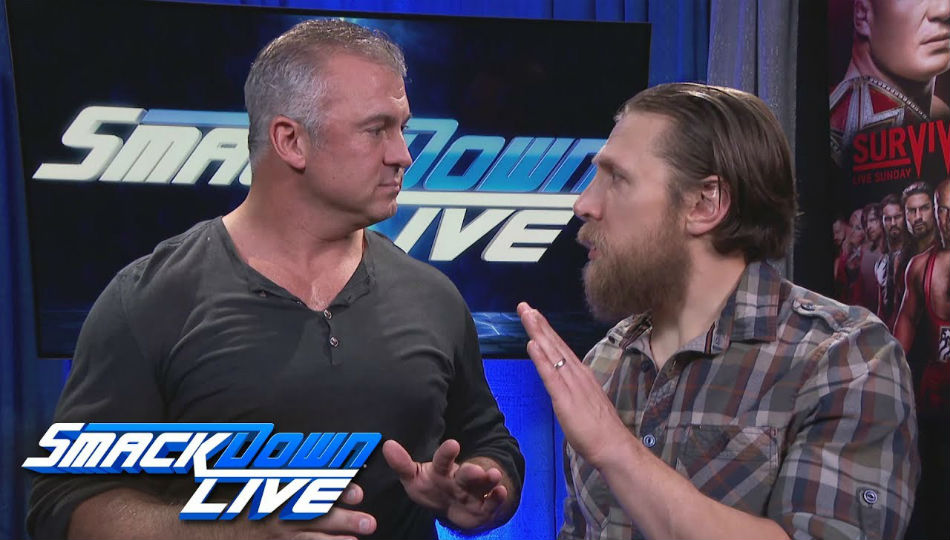 SmackDown LIVE General Manager Daniel Bryan and SmackDown Commissioner Shane McMahon will face Kevin Owens and Sami Zayn at the Grandest Stage of Them All. The stipulation to this match is that if Zayn and Owens lose, they leave SmackDown forever.

Justin Barrasso of Sports Illustrated reported that we could very well see a major twist in this match. It is being reported that either Shane McMahon or Daniel Bryan might be turning heel at WrestleMania:

The show is expected to exceed the length of the average school day and run for seven hours, and the crowd could riot if Daniel Bryan turns heel.

I do expect there to be a heel turn in the Bryan/McMahon tag against Kevin Owens and Sami Zayn, but the swerve has to be McMahon turning heel. In addition to completely rejuvenating McMahon’s character, this also allows the company to re-insert Bryan as the ultimate underdog trying to overcome the authority. That served as the formula for success, and there is no need to stray from such a lucrative storyline.

Shane McMahon’s character has gotten a bit stale over the past couple of months and is in dire need of rejuvenation. This heel turn could change the entire landscape of SmackDown LIVE.

However, if Bryan were to turn heel then the crowd would be impossible to handle and their anger would end up ruining the matches that are scheduled to take place later on in the card. Therefore, for the sake of a successful WrestleMania, the chances of a Daniel Bryan heel turn are quite less.

Heel turn or not, the match is fated to be iconic either way because of Bryan’s return to the squared circle after three years.

WWE: Dara Singh to be inducted into the WWE Hall of Fame