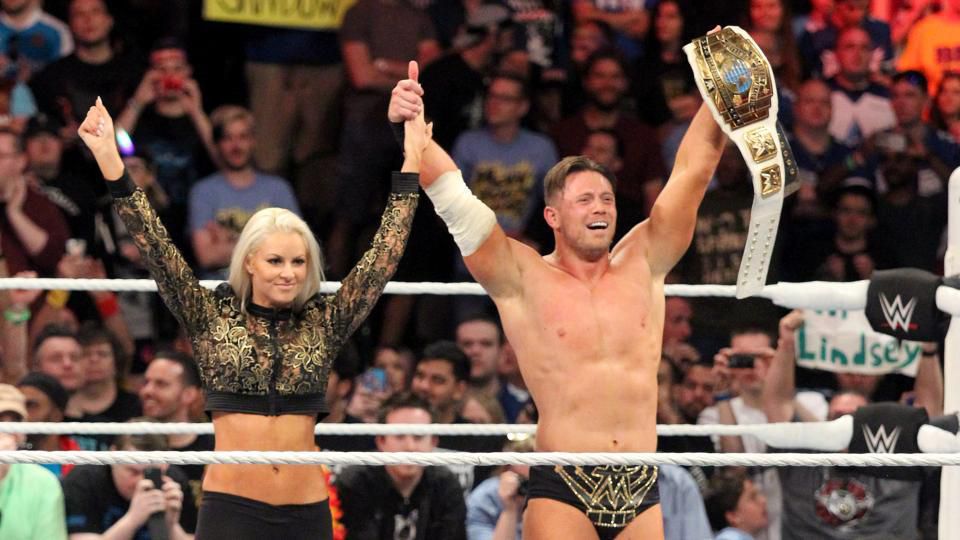 The Miz and his wife, Maryse have been expecting a baby girl for quite some time now. Their daughter’s delivery was expected to happen a week later but Miz revealed that she was already here!

WWE Intercontinental Champion The Miz took to his Instagram to break these good news. He also revealed that the baby arrived a week earlier than expected.

The Miz and Maryse had first announced the news of them being pregnant back on an episode of Monday Night RAW in September, 2017. Here’s what he had said back then:

My wife and I have been thinking long and hard about how we wanted to announce this special news. We thought about it long and hard, and we thought there’s no better place to announce it than the first place that we met, and that is here in WWE in front of all of you. So without further adieu, my wife Maryse and I we’re, uh — go ahead, babe.

Maryse continued from there and broke the news:

We’re having a baby!

The Miz revealed his thoughts about this joyous occasion in a caption of one of his Instagram photos back in September. Here’s what the A-Lister said:

There are moments in life that I will never forget. My wife placing a pregnancy test in front of me saying “congrats daddy” will always be on top. So many emotions are running through me…happiness, excited, afraid, nervous. But one thing is for sure as with everything in my life I always give it my all and I my promise to my wife @marysemizanin and to my unborn child I will give you both my all to be the best father I can be. I have no idea what I’m doing but I will listen, learn and love the best way I know how. Thank you to @wwe for allowing us to break the news on #Raw we wanted to announce to the world where we first met.

Maryse, we’ve come a long way since the #DivaSearch and I’m excited for the next chapter in our lives. I love you. #ItBaby is coming 2018.

We congratulate The Miz and Maryse on welcoming their baby daughter, Monroe Sky Mizanin.