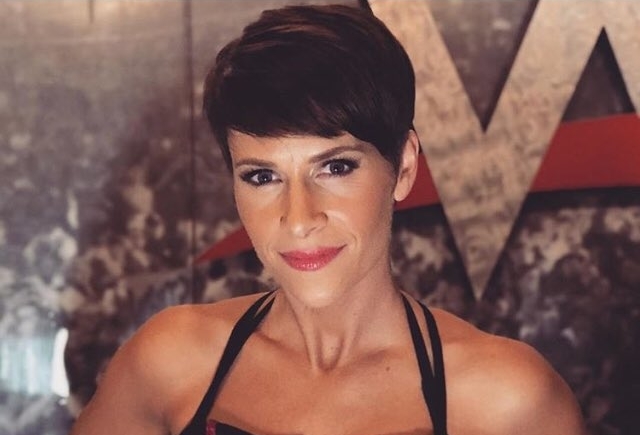 One of wrestling’s legends entering the WWE Hall of Fame this year is former Women’s Champion Ivory. Her induction into the Hall of Fame was announced on February 12, 2018.

Throughout her career, Ivory has had some great feuds with legends like Trish Stratus, Lita, Jacqueline, Chyna and many more. However, one of her most memorable feuds in the WWE was against fellow former Women’s Champion, Molly Holly.

Holly and Ivory had great singles matches in an era where women didn’t really have a remarkable spot when it came to wrestling. Both of them have been decorated champions in the WWE and have had a huge role in setting a path for future female Superstars.

The two share a great bond with each other as seen on an episode of WWE Network’s “Table for Three”, where both of them appeared alongside Alundra Blayze. Given their history together it makes sense that Holly has been chosen to induct her old friend into the Hall of Fame.

WWE made the announcement official on their Twitter handle yesterday:

Holly also made an appearance at this year’s historic Women’s Royal Rumble and managed to eliminate Sarah Logan before getting eliminated by Michelle McCool.

With Ivory going into the Hall of Fame this year, maybe we could also see Holly go in very soon. Holly is more than deserving of a place among the legends as she is not only a 2-time Women’s Champion but also a former Hardcore Champion.

Ivory and Holly’s contributions to the women’s revolution should be honoured and applauded.

The Hall of Fame ceremony will take place at the night before WrestleMania in New Orleans. The event will see legends like Goldberg, Ivory, The Dudley Boyz, Jeff Jarrett, Hillbilly Jim and Mark Henry take their rightful places in the WWE’s Hall of Fame.