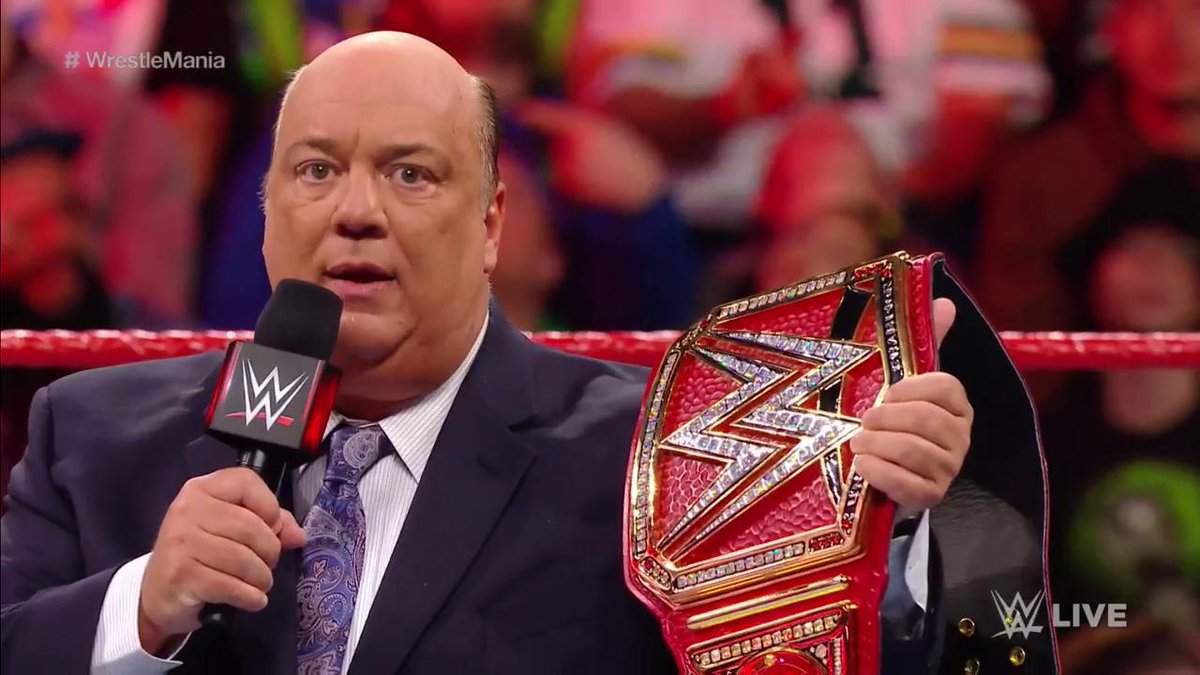 Paul Heyman recently sat down with Digital Spy for an interview. Heyman answered a number of questions and revealed a lot many interesting things.

Heyman was asked if there was anything that could be done to bring back CM Punk to the WWE. Punk, of course, an outspoken Paul Heyman Guy, left the WWE back in 2014 after major disagreements with the creative.

Here’s how Heyman responded to this question:(H/T: Digital Spy)

I think it’s a matter of his dream is to become a successful UFC fighter and he doesn’t even have a thought regarding WWE, at least I would hope that he doesn’t. Because I don’t know how it would be considered productive for him to do so.

One of the things that have been speculated by the WWE Universe is that the Undertaker is “not in shape” anymore and isn’t ready to go in the ring. However, Heyman doesn’t share the same opinion as the WWE Universe:

Then they must not know The Undertaker personally. I think The Undertaker will have it in him five years after he’s dead and buried, no pun intended.

It is no secret that the majority of the WWE Universe does not wish to see Brock Lesnar vs Roman Reigns headline WrestleMania 34. Instead, they want to see AJ Styles vs Shinsuke Nakamura go last and have been pretty clear about it.

Heyman was asked to explain why Roman Reigns and Brock Lesnar should close the show at New Orleans over Styles and Nakamura. Here’s what Heyman had to say about it:

Brock Lesnar versus Roman Reigns is the main event of this year’s WrestleMania because there’s more interest in this match than there is in any other. Period. Exclamation point. That’s the match that sells this show.

All these other matches are very intriguing. Each one of them is worthy of insight and preview and speculation. But only one can be the true main event. Only one can be the match that’s listed in the history books as: This was the most important. This drew the attention, this is what we banked on.

And on Sunday, April 8, 2018, WrestleMania 34 we are banking on Brock Lesnar vs Roman Reigns in the main event. That’s no disrespect to anyone else who plays a vital role on this show. It really isn’t.

AJ Styles versus Nakamura is a fascinating match-up. Ronda Rousey in her debut teaming with a fellow Olympian Kurt Angle against the First Couple of the WWE Triple H and Stephanie McMahon. Fascinating match-up on so many different levels.

John Cena having called out The Undertaker is of a historic nature that can’t be oversold. And again, what a fantastic thing to speculate about. But there’s only one true main event. And that main event happens to be Brock Lesnar versus Roman Reigns.

If someone else in this time period before WrestleMania can create such interest that the show’s fortune rides on them, then they will replace Roman Reigns and Brock Lesnar in the main event of WrestleMania. But until that happens I think we have enough on our side of the argument to continue the public interest and the public intrigue in this match.