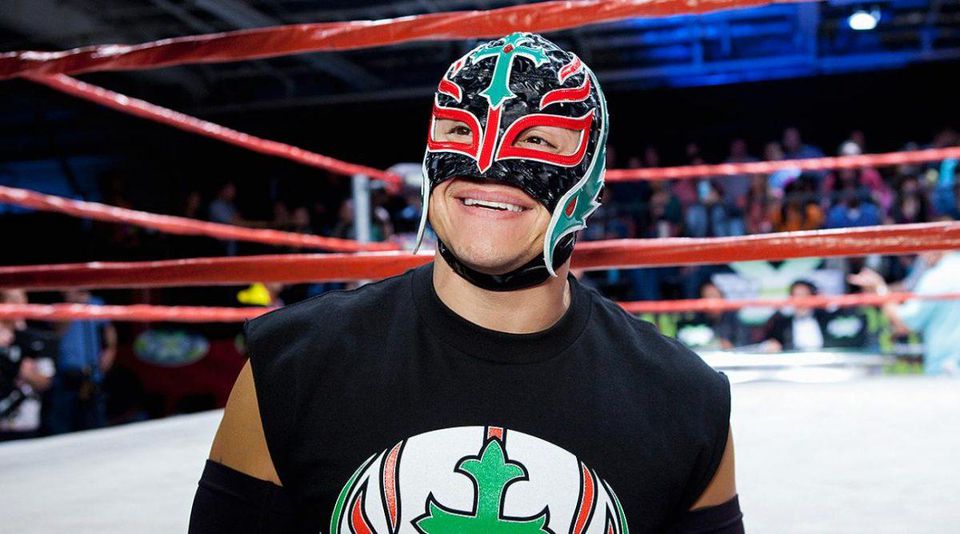 Rey Mysterio shocked the entire WWE Universe by returning to the Royal Rumble this year. However, this was originally a one-night-only appearance, much to the WWE Universe’s disappointment.

Interestingly enough, rumours of Mysterio signing with the WWE surfaced recently and speculations from the fans commenced. Now, Mike Johnson of  PWInsider reports that the Ultimate Underdog will most likely be making an official return to the company very soon.

According to Johnson, Mysterio will be flying to Birmingham, Alabama to get his torn bicep checked by WWE Doctors before he officially signs a deal with the WWE.

If Mysterio does make a return to the company, it will be interesting to see what show he decides to make his presence felt. With Triple H looking to completely reinvent 205 LIVE, Mysterio could very well be used to gain more eyes on the show.

Mysterio could help the up and coming Cruiserweights gain more momentum and help bring more prestige to the new Cruiserweight Championship. Guidance from a trailblazer like Rey could come in handy for the extremely talented Cruiserweights of 205 Live.

The Master of the 619 has always been extremely popular with the fans and is one of the most recognizable pro-wrestlers around the globe. Therefore, if he is added to either RAW or SmackDown, his presence is likely to help the company with the consistently poor ratings and with the product in general as well.