WWE: Road Dogg to induct Jeff Jarrett into the WWE Hall Of Fame 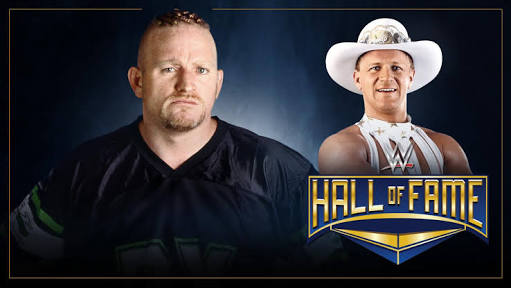 WWE has confirmed the news that Jesse “Road Dogg” James will induct Jeff Jarrett into the WWE Hall Of Fame, class of 2018. This is not a surprise inductor, considering the history between Road Dogg and Jeff Jarrett. 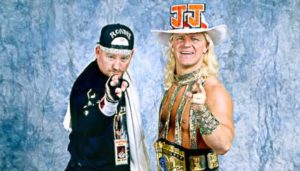 Road Dogg was not always the promo-cutting man who lit up WWE during the Attitude Era. Jesse James actually debuted as The Roadie, who served as a manager for “Double J”. Jarrett was portraying an aspiring country music star, and having The Roadie with him benefitted his egoistic persona.

“With my baby tonight” is probably one of the most memorable songs sung by a pro wrestler. But it’s not Jeff Jarrett who actually sung it, it was Road Dogg who sung it. This makes their relationship little closer and complicated.

Both wrestlers are from Southern states of the US. Both are from wrestling families. Road Dogg is from the Armstrong Family while Jarrett’s father was a well known promoter.

Jeff Jarrett getting a Hall Of Fame spot in WWE is already a shock for many fans. Jarrett was the founder and owner of Total Nonstop Wrestling (TNA) which gave tremendous competition to WWE during a short period of time. Jeff also made millions from WWE only to agree to lose the Intercontinental Championship to Chyna, a woman.

Road Dogg and Jeff Jarrett on the same stage at the Hall Of Fame ceremony will be an interesting moment. It will be interesting to see if Jeff mentions his companies (TNA and GFW) during his speech. If we are lucky, we can also get a live performance of “with my baby tonight” by Jeff Jarrett and Road Dogg. One thing is for sure, Jarrett’s speech will probably be the best in the Hall Of Fame ceremony.

The Hall Of Fame ceremony will be shown in the WWE Network, just two days before WrestleMania.

Previous articleUFC: Stipe Miocic takes a dig at Brock Lesnar
Next articleWWE: Big E reveals the reason behind the chemistry between Usos and The New Day