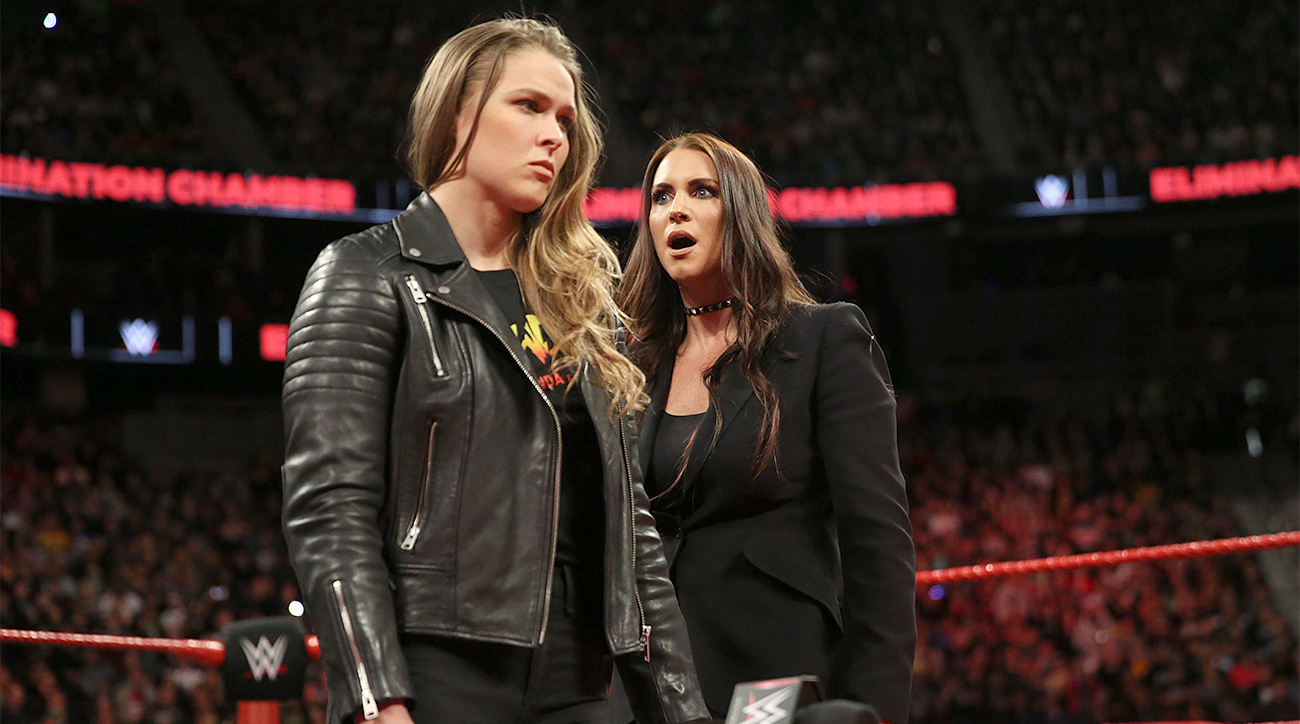 After signing a contract that (kayfabe) ties her to the company as a performer during Elimination Chamber, Ronda Rousey then proceeded to put the two-faced Triple H through a table. It was the exclamation point of a feud that had been simmering since…well, since WrestleMania 31 actually, when Rousey and The Rock humiliated Triple H and Stephanie McMahon publicly.

This week on Raw, Rousey’s build towards WrestleMania took another major turn when she confronted Stephanie McMahon and demanded to face her at the Show of all Shows.

And over the course of the segment, two separate singles matches morphed into one mixed tag team match between the teams of Triple H, Stephanie McMahon and Kurt Angle, Ronda Rousey.

Ronda Rousey’s last UFC fight came at UFC 207 when she was TKOed in just 48 seconds by Amanda Nunes, and she hasn’t fought in the promotion since.

She is now expected to have signed a full time WWE contract, and will reportedly appear on every episode of Raw leading up to WrestleMania to build up the mixed tag team match.

Are you happy for Ronda Rousey’s new career venture? Or would you prefer to see her compete in the Octagon again?

Sound off your thoughts in the comments section below!