WWE: Ronda Rousey opens up about her Father’s suicide 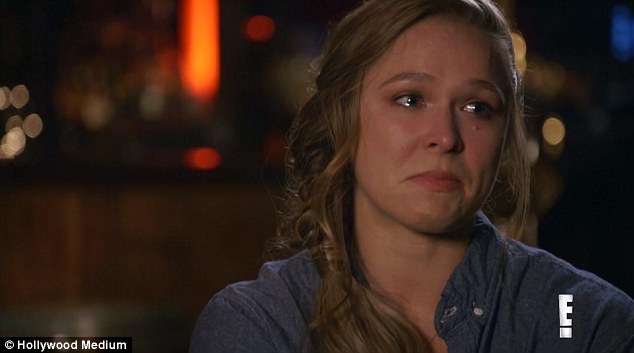 Professional wrestler Ronda Rousey was 8 when her beloved father Ron committed suicide in 1995. But the 31-year-old was able to connect with him in the Wednesday, April 11, episode Hollywood Medium With Tyler Henry. When the self-described ‘clairvoyant medium’ said he was seeing scenes of her father’s final moments, the 31-year-old immediately became emotional. Rousey had a vulnerable conversation about one of her deepest childhood scars with Tyler Henry. 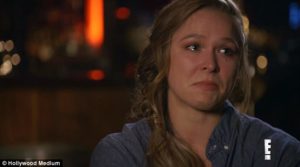 The UFC legend said her father took his life while he was inside a car after years of suffering with a debilitating medical condition.

‘He had broke his back and he happened to have a really rare blood disorder that kept him from healing, similar to hemophilia,’ Rousey said.

‘My dad decided to take matters into his own hands ’cause he was in a huge amount of pain every day. He couldn’t work anymore. He felt like he was just a drag on the family,’ she said.

‘He was very much the person who takes care of everyone. He drove his car out and he put a hose in the exhaust,’ she continued, holding back tears.

“I remember when he passed, I would try to just tell myself he was on a business trip and he’d be back and that was my way to cope with it,” Ronda told Henry. “I wouldn’t be crying until he was awesome. He was the best.”

And though her father wasn’t around to see it, he would no doubt be proud of the wrestler after the feat she accomplished Sunday.

At her WWE debut during WrestleMania 34, the former UFC champion teamed up with Olympic gold-winner Kurt Angle and defeated Stephanie McMahon and Triple H.

She told the WWE after the win that: ‘After my wedding day, this is my favorite day of my life, I think!’