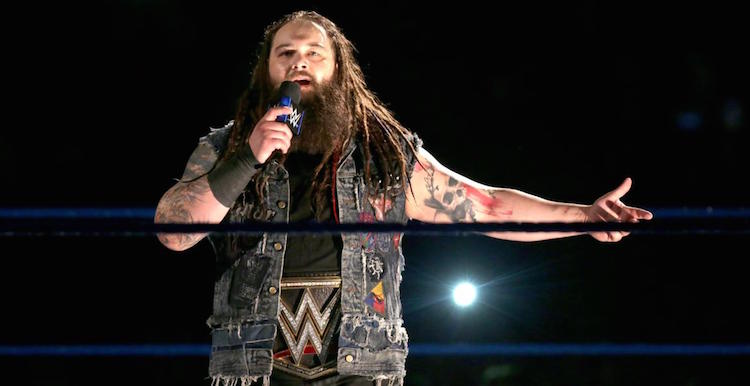 As seen on this week’s Monday Night RAW, Bray Wyatt was “deleted” by Matt Hardy and thrown into the Lake of Reincarnation. After the match, Senor Benjamin, Hardy’s gardener, was unable to retrieve his carcass from the lake and he was declared obsolete.

Quite a few fans were anticipating a hilarious return by Wyatt’s former persona from Nexus, Husky Harris but they stood disappointed. However, it is being speculated that Wyatt’s character might not be the same from here on.

Dave Meltzer of the Wrestling Observer Newsletter reported that Wyatt’s character will indeed have some sort of change and that it might even be a repackaging. It is a mutual belief amongst the majority of the WWE Universe that Wyatt needs an imminent makeover of some sort.

Wyatt’s gimmick has more or less been the same for almost over 4 years now. The feuds he enters in are all monotonous and do not receive adequate reactions from the crowd, even though they are usually in the upper mid-card.

However, when Wyatt entered into a feud with Woken/Broken Matt Hardy, fans were interested in a Wyatt feud once again. Needless to say, it ended up being one of the best feuds Wyatt has had in the company in his 4+ year long career.

Even Matt Hardy’s warrior drone, Vanguard 1 scanned the waters of the Lake of Reincarnation for a trace of Wyatt after his “Deletion” but he was nowhere to be found:

Hardy was certainly “DELIGHTED” by this news:

Wyatt will probably be involved with Matt Hardy in one way or another even if his character does get a makeover. It seems like we have not seen the last of the battle between the Woken Messiah and the Eater of Worlds.

Previous articleUFC: Tyron Woodley claims Floyd Mayweather will hold his own inside the octagon
Next articleUFC: Jessica-Rose Clark unhappy with the police over the case of her home being robbed