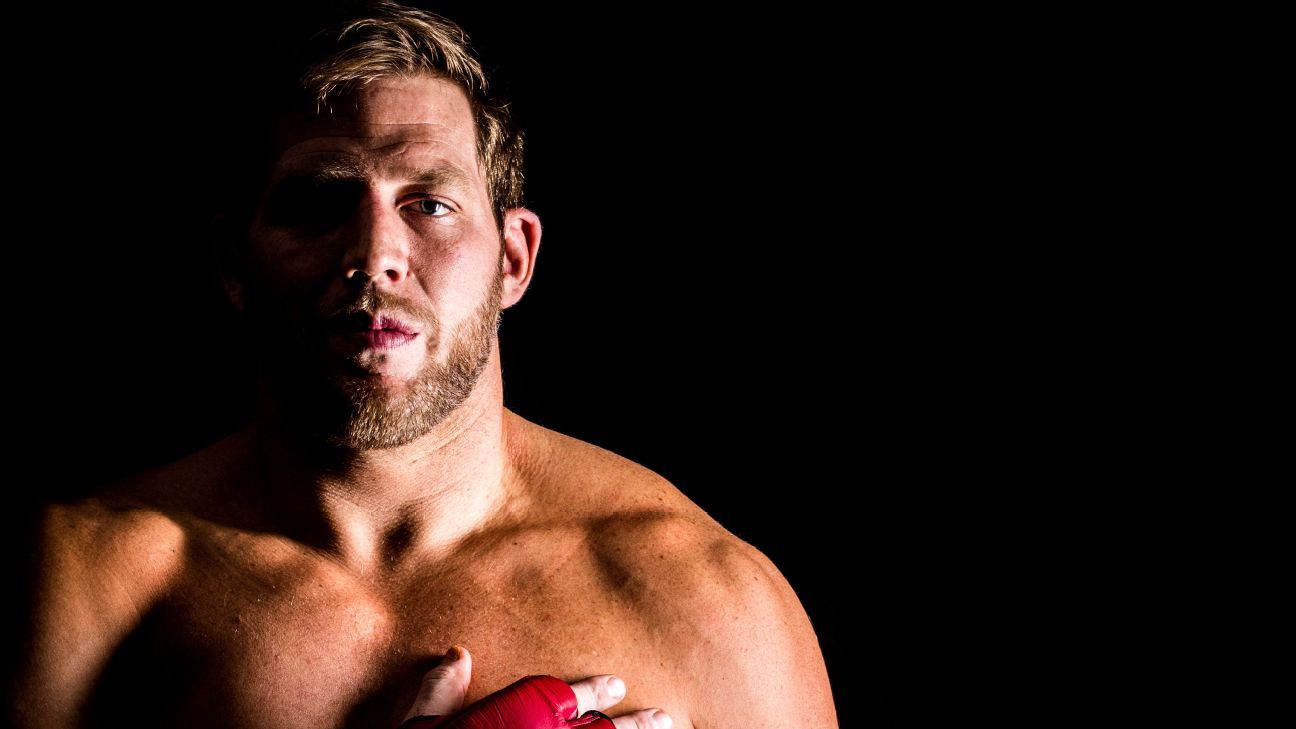 Jake Hager recently had an interview with MMAFighting at the Bellator 221 media day. He spoke on his upcoming fight against T.J. Jones, balancing his MMA and pro wrestling career, the road to the Bellator heavyweight title, etc.

Watch the interview down below (credits – MMAFighting) :

Hager says that he believes he needs more “in-cage” experience to be on the top level. He wants to compete for the championships because he wants to be the best. He says he is 37 years old so the window is small but he believes he is coming to his prime form and he has a lot of years left in the business.

Hager says since his first fight victory, he was contacted by many pro wrestling companies to wrestle for them. Hager mentions that he left the WWE in 2017 to capitalize in both the MMA and pro wrestling markets. Then he said he expects to fight two more times in this year and then he expects to be ready for a champion like Ryan Bader in 2020.

It is not the first time Hager said something like this. Back in February, in an interview with Ariel Helwani, Hager said the following :

To get ready to fight a champion like Ryan Bader, you know, I would say a year to a year and a half. I could be ready for that. But at the same time, I might surprise myself and really jump some levels here very shortly. I’m very confident in my wrestling. Definitely have areas to improve on in my striking, but I’m honest with myself and I’m working towards that everyday. So, it’s going to be hard to stop.