This WWE superstar is the latest to challenge Hasbulla Magomedov to a fight! 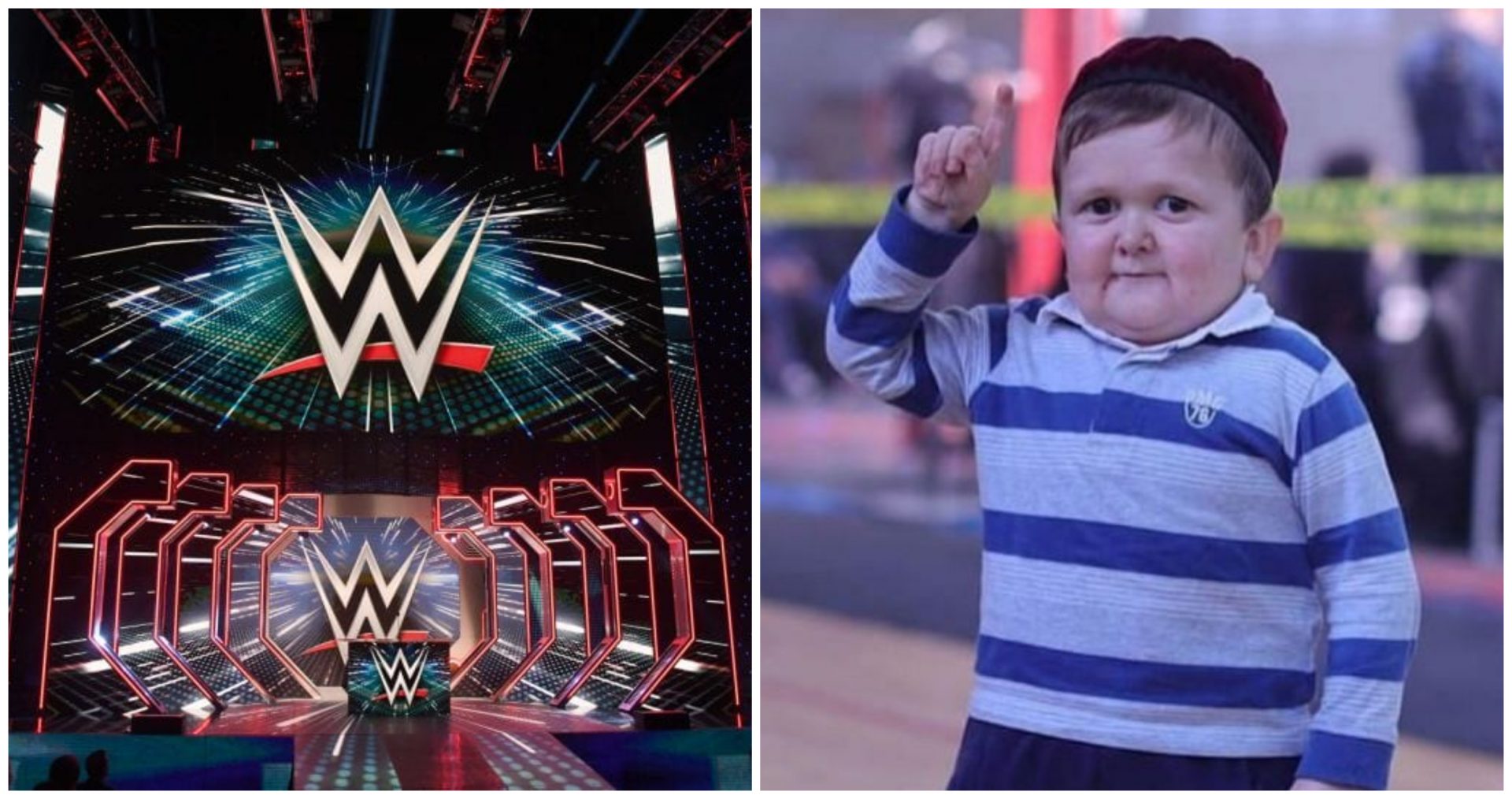 Hasbulla Magomedov, the teenage internet sensation from Dagestan has shook up the entire combat sports community with his blistering popularity and has been garnering interest from all around.

On the heels of his much anticipated mixed martial arts fight against Kazakhstani rapper Abdu Rozik, Hasbulla has been at the receiving end of challenges from many prominent names in the industry, especially former UFC double champion Henry Cejudo.

WWE wrestler Hurricane calls out Hasbulla Magomedov to a fight

‘Mini Khabib’s latest challenger is out from the MMA fraternity and hails from the world of professional wrestling, and it’s none other than Gregory Helms, more popular by his in ring moniker Hurricane.

Taking to his official Twitter handle, Hurricane shared an edited photo of Hasbulla in a heated faceoff against a miniature version of himself, more prominent with the addition of his green and black face mask.

“There’s only one fight the fans want to see. Hasbulla vs Hurricane! Book it!” the former two time WWE cruiserweight champion captioned the post.

There’s only one fight the fans want to see. Hasbulla vs Hurricane! Book it! pic.twitter.com/6oPemlNHDW

In the same post that he shared on Instagram, hilarious reactions from fellow WWE star Mickie James, as well as Bellator MMA Lightweight fighter Nick Newell, were also seen.

“I can’t”, James wrote, while Newell commented, “Hasbik” (Hasbulla’s shortened nickname), along with an emoji of a goat, symbolising that he is the “Greatest Of All Time.”

Hasbulla’s popularity has earned him a challenge from Henry Cejudo

The only combat sports icon who has been religiously going at Hasbulla in the past few weeks is none other than former UFC Flyweight and Bantamweight champion Henry Cejudo, and it has even gotten involvement from Hasbulla’s close friend and former UFC Lightweight titleholder Khabib Nurmagomedov himself.

After Khabib took a stance in support of Hasbulla following a harsh challenge from Cejudo, the latter had warned that not even “The Eagle” will be able to save Hasbulla from the wrath of “Triple C”.

“You better be careful what you wish for @hasbulla.magomedov I will throw you around like a new born, not even @khabib_nurmagomedov can save you from the wrath of Triple C! #bendtheknee” Cejudo had tweeted a week ago.

Do you think Hasbulla will accept the challenge from Hurricane? Let us know in the comments.