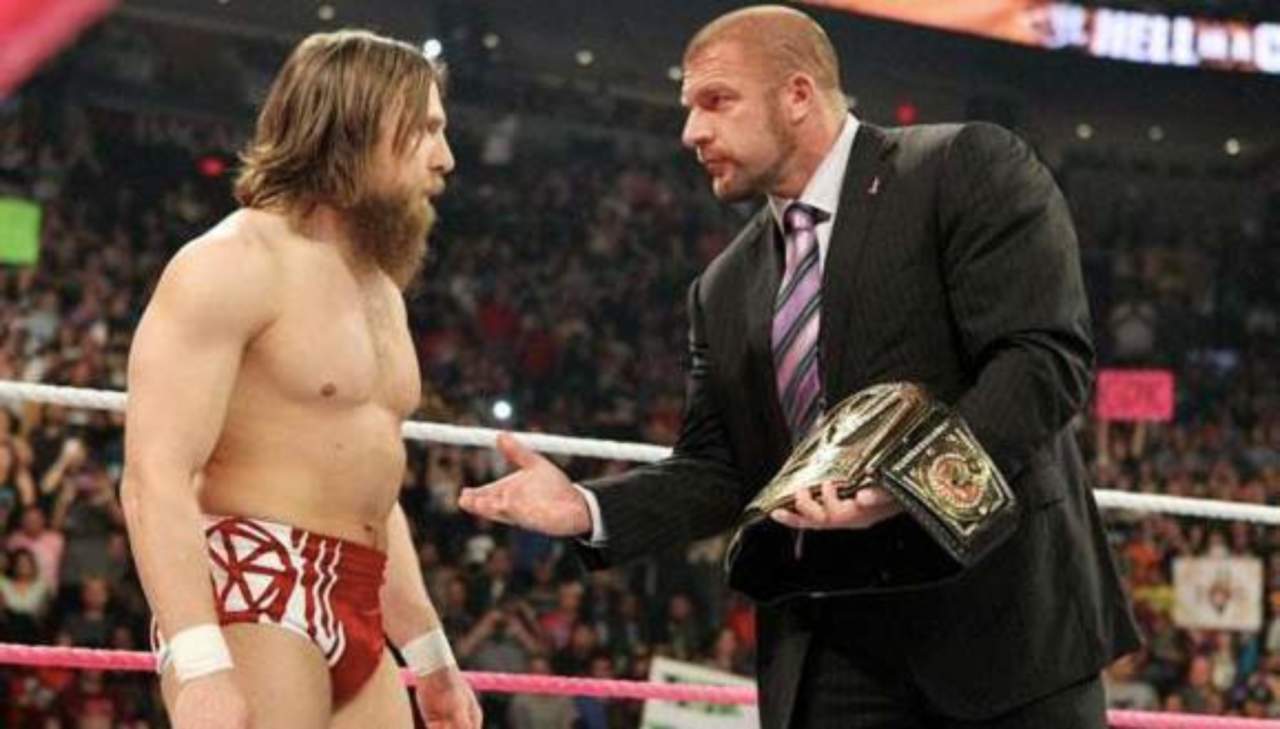 WWE COO and 14-Time World Champion, Triple H was recently interviewed by ESPN. In this interview, The Game talked about a number of WWE and WrestleMania topics and answered several important questions.

During the interview, Hunter was asked about Daniel Bryan’s earth-shattering return from his retirement and the details behind it. The King of Kings revealed that Bryan had been making preparations for his return even before the WWE had decided to clear him: (H/T: ESPN)

There’s a certain point in time when Daniel is not still cleared by us, but he’s gotten clearance from his team and his people and all his things, and I’m sure he was already training and doing things. Maybe not taking bumps, but training and doing the things he wanted to do to get himself back in shape just in case this did happen. So while we were making him go to additional doctors … and running more tests and doing all these things to ensure that everything was all right, he was preparing.

One of the greatest storylines in wrestling history is that of Daniel Bryan’s road to main-eventing WrestleMania and winning the WWE World Heavyweight Championship at the end of it all. At WrestleMania 30, Bryan had to first defeat Triple H to secure a spot in the main event and then ended up defeating Batista and Randy Orton in the said main-event to win the biggest prize in Sports Entertainment.

Triple H, who played a big role in Bryan’s miraculous story revealed his thoughts about that journey in this interview:

I put so much more pressure on myself to [lose] to somebody than I ever did to win a title because … I just want it to be [such a big moment] for this guy. Watching that story evolve over that long period of time — from a behind-the-scenes standpoint — being behind it with him and being like, ‘Man, I know this is not the plan right this moment, but this is where we need to go.’ Just seeing that feeling and getting to that moment, having that match with him and having that moment, and knowing what’s coming later and being out there in that moment for him … when you have the circumstances that all work out to make this fairy-tale moment — it’s just awesome.

The Cerebral Assasin then went on to admit that at one point, he was afraid that Bryan would go wrestle somewhere else if he was not cleared by the WWE:

“Part of me was so afraid in the period of time when it [was] all going down that he was going to walk and say ‘forget it’ and go wrestle for someone else that doesn’t care, that doesn’t take their health into consideration — because that’s pretty much everywhere else. And risk his life and his health and his family and his baby and risk all of it — and it’s not worth that. We take enough risk every day in what we do. Every day.